Our two favorite adventurers, Kim Farrell and Mady Johnston, had a crazy idea early last summer. They quit their respective jobs, hocked all their belongings to begin a devil-may-care, 18-month journey around the world. Now they’re skipping around parts unknown and brazenly enjoying wherever the wind takes them. IN Kansas City is following these two travel buddies from Overland Park on their epic adventure. 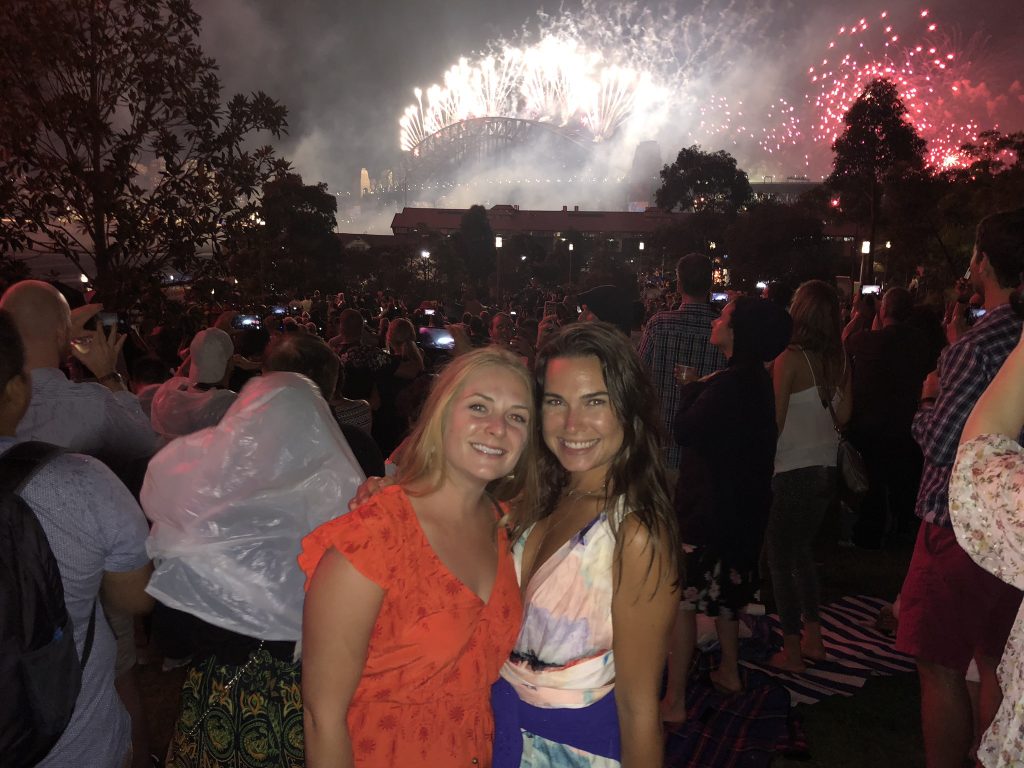 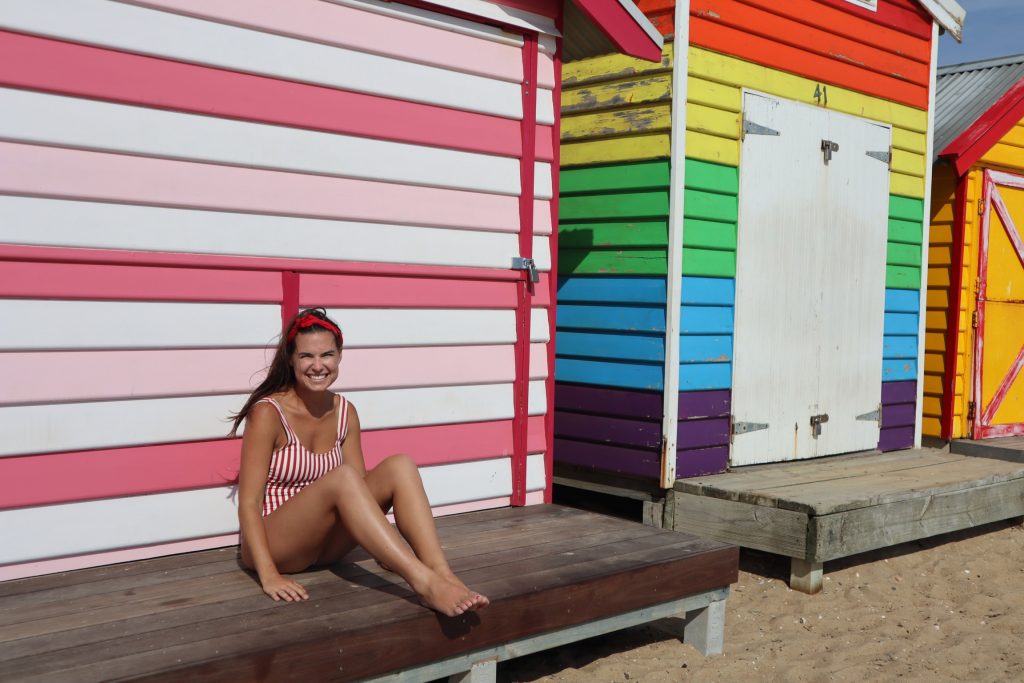 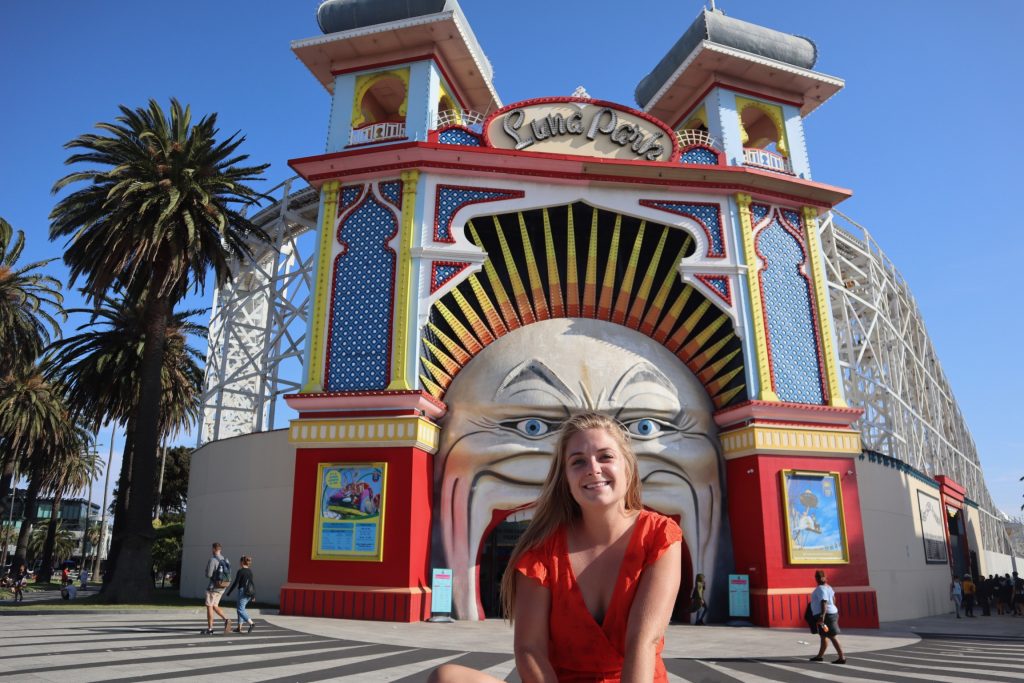 Since we last checked in with Kim and Mady, the girls rang in 2019 at the Sydney Harbour—joining in one of the most iconic NYE celebrations across the world, posed by the bathing boxes on Brighton Beach, skipped around through Luna Park and ate/drank through Fitzroy, a quirky Melbourne neighborhood with uncanny Brooklyn vibes. 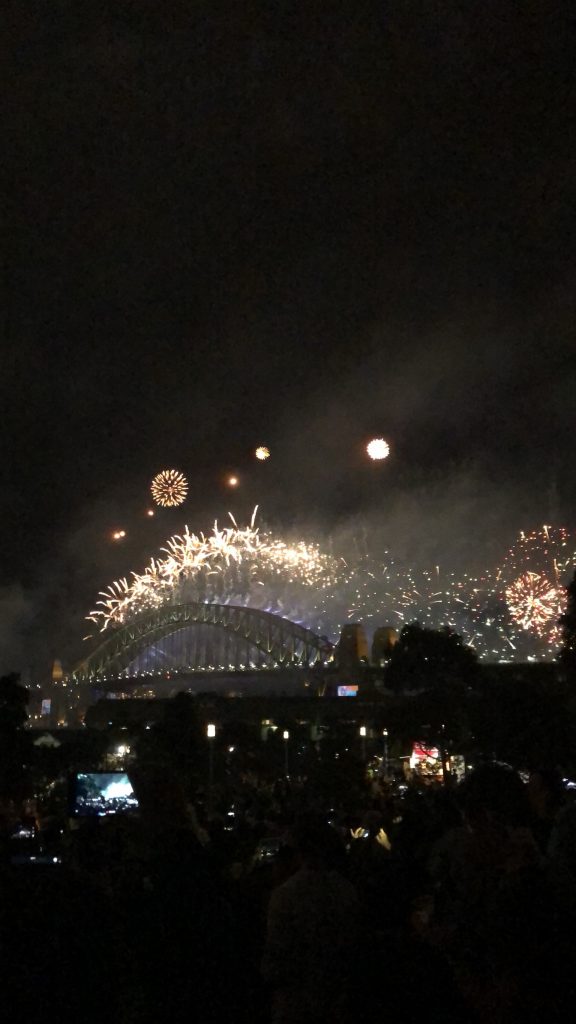 Mady: “Celebrating New Year’s Eve in Sydney has been on my bucket list for a while. I’ve heard all sorts of travelers reminisce on their NYE experiences in Sydney, which usually includes: making moves to the front of the Opera House early on December 31, holding down an epic spot with a Harbour Bridge view, camping out with friends all day while digging into snacks and guzzling down beers until the 12 a.m. firework show begins.

You can imagine my reaction when I heard it was going to thunderstorm from 7 to 11 p.m. on New Year’s Eve. Of course, we were still going. It just became a discussion of when to go, how to get there and how to keep our experience as dry as possible (confirming we’re only talking about the rain right now).

Lucky for us, the rain slowed down around 10:30 that night. We hurried over to view the fireworks and managed to stay clear of the rain until we cleared out at after midnight. While it wasn’t the overall experience I had hoped for, we all agreed that seeing the firework show in person was absolutely unbelievable and no rain would have taken away from that.” 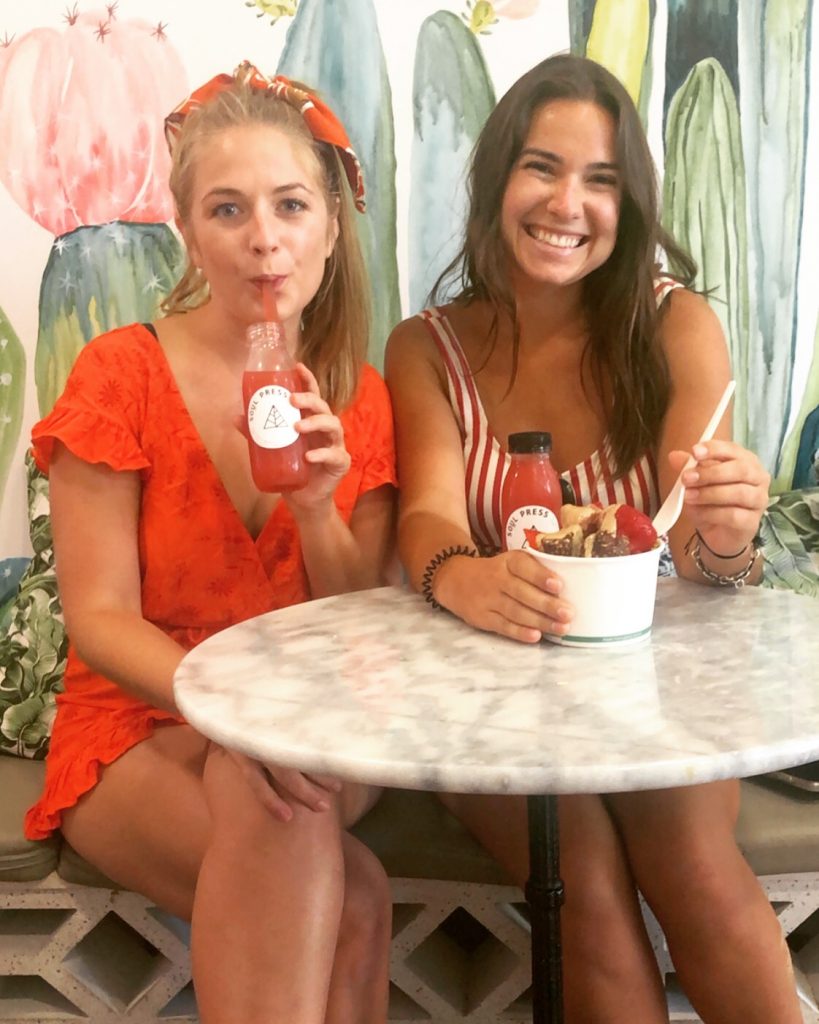 Kim: “One thing that is unpredictable is Melbourne weather. We got to experience this first hand this last week. We made to “Melbs” just in time for one of the hottest days to hit the city in years at 42.6°C (108.7°F). Of course, on this particular day we slept through our alarms, our friends’ attempts to wake us up to go to the beach, and rolled out of bed at 3:30 in the afternoon.

We finally got up and moving around 4 and within the first two minutes of being outside the weather had dropped 15°C. It was a welcomed breath of fresh air for the rest of the city, but we didn’t hold back in complaining it was a bit chilly.”

Currently in: Melbourne, Australia
+17 hours ahead of Kansas City

Learn the Lingo:
BOM (Bureau of Meteorology): the official source for Australia’s weather forecast. If you’re headed to Australia, rely on this over your weather app for accurate predictions. The website even recommends what time to sunscreen up based on the UV rays each day.

Not everything translates perfectly in Australia even though we’re in an English-speaking country. Here’s a few words that go by a different name in the land down under: 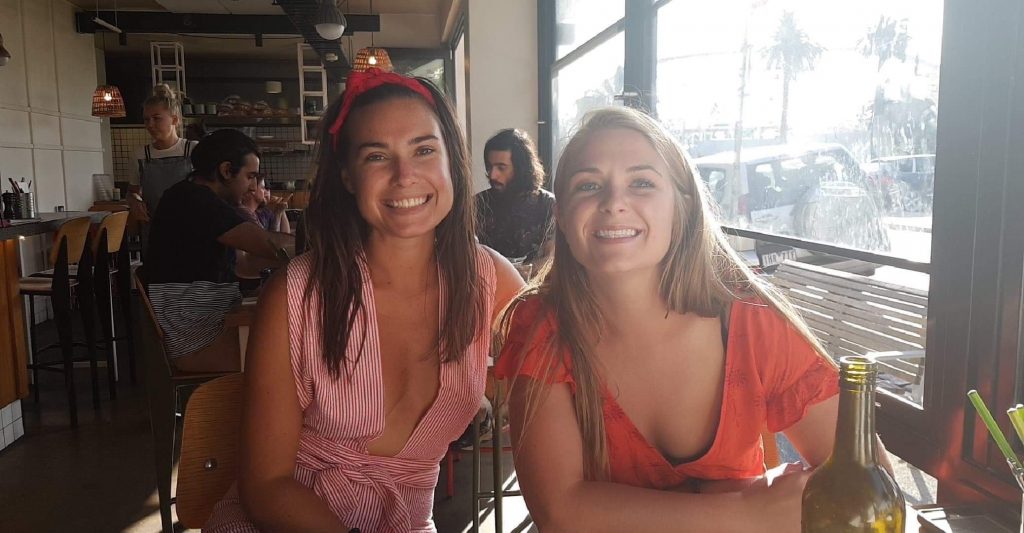 Kim:“The best part about Melbourne is the plethora of veggie-friendly restaurants and menus! Sister of Soul is a vegetarian/vegan restaurant with allthe earthy vibes located on St. Kilda beach. Our carnivore friend was so impressed with his order, leaving with a full stomach and happy taste buds. There were even talks about coming back for more! It looks like we’re slowly turning our friends into veggie lovers, one meal at time!” 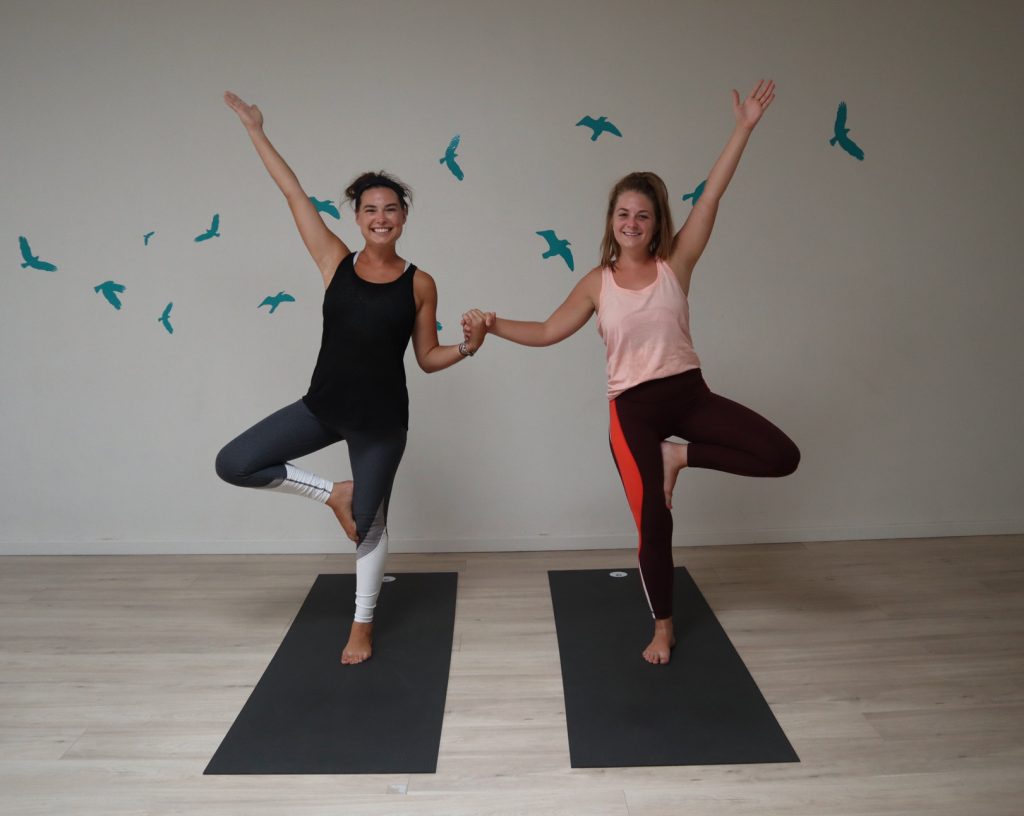 Kim: “2019: the year we get some Zen back in our lives and be the little yogis we once were. We found a yoga studio in Melbourne that was only a 10-minute walk from where we were staying. And they were offering two weeks of unlimited yoga classes for only $21 USD. No questions asked—we were down, dog!”

Learn the Lay of the Land:
Melbourne is the second most livable city in the world!

Kim: “Melbourne has held the title as the most livable city in world for the last seven years until Vienna snatched the title in 2018 (check out the full list here). Locals are obviously disappointed and without ever visiting Vienna, we gotta admit that we are also.

Travel tip: Melbourne has one of the best FREE city walking tours. It’s about two and a half hours and open to as many people who show up to join. Melbourne is a city full of art, trendy restaurants, parks and green space galore, while maintaining generous pedestrian/bike paths and public transportation to get you to all the surrounding neighborhoods. After visiting, we understand the hype of why so many people are looking to move here!

Mady: “The best part about traveling is having someone you can count on in every corner of the world. In mid-October we became friends with two British girls while traveling through Central Vietnam. We ended up traveling with them for two weeks through Malaysia (read more about that here!) and connected again as they were posting up to live in Melbourne right before we were due to arrive.

We stayed at their new place, met their roomies and learned a lot about the new jobs they had acquired on their Australian work visa. It was such a treat to catch up with them and actually stay in a house versus a hostel for the first time in months!”

Wizard of Oz Tally:70 (and counting)
“While we know Kansas City has a lot to offer, the majority of the world immediately affiliates us with one thing—The Wizard of Oz. We’re keeping a real-time tracker of all the Dorothy, Toto, and tornado references made to us along the way.”

Next up?”
Mady: “We’re headed back to Sydney now, where we’ll stay with our friend from Chicago for the rest of January. He moved to Sydney in March and connected with an American expat who had also just recently moved to Sydney. They became roommates and, as fate would have it, he is also from Kansas City. I can’t make this up.

Staying at their place will be such a treat as we haven’t been in the same place for more than a week since we left home back in August. Planning to use these next three weeks for some down time to get settled and organized before we make some big moves in February. Any ideas on what we’ll be up to next?!