The Houston Riot was a mutiny by 156 African American soldiers in response to the brutal violence and abuse at the hands of Houston police officers. The aftermath led to the death of nine civilians, four policemen and two soldiers. It also resulted in the largest murder trial in history.

The drama includes some big names, including Mykelti Williamson and Thomas Haden Church. One of the film’s stars, Tosin Morohunfola, grew up in Kansas City and attended KU—which, coincidentally, is where he and Willmott first met. We caught with Morohunfola to find out more about what audiences can expect.

What’s your role?
“I play Private Christian Franklin—a real soldier from the 24th Infantry, though he is fictionalized in the film. He’s a bit of a trash talker, but behind every joke is a deep love and affection for his fellow soldiers. And he’s an optimist. He keeps the men together and he tries to motivate the other men to be as hopeful as he is. But that proves challenging, as the racist forces of Houston and the police in 1917 pressure them to a boiling point.”

How did you end up being cast?
“For once, I didn’t have to audition. The director and I have a long-standing relationship. Willmott is a KU professor where I went to school. Not only did I take filmmaking classes from him, after I graduated, we also made a no-budget indie film together in 2012 called Destination Planet Negro. It was a labor of love and took us a whole year to finish, but I think we found kinship in the way we each worked. (Trai Byers was also in that movie—so The 24th reunited the team.) We’ve been collaborating for years.”

Do you feel like this is your big break?
“That’s between God and the universe.”

Kevin has an Oscar. Squad goals?
[Laughs.] “I could see the film getting awards attention. Though COVID thwarted our theatrical release, here’s hoping it still makes a big splash. Go watch it and tell your friends so it has a chance!” 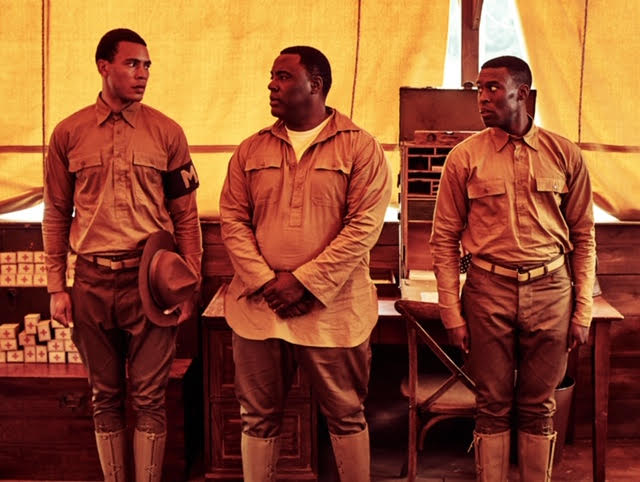 Do tell. Who’s someone that you’re dying to work with? I’ll make sure they read this. “Christopher. Nolan. With honorable mentions going to Ryan Coogler, Jordan Peele and Ava DuVernay. So many dream collabs.”

Exclusive: Rocker Melissa Etheridge Has Some Thoughts on Being a Chiefs Superfan