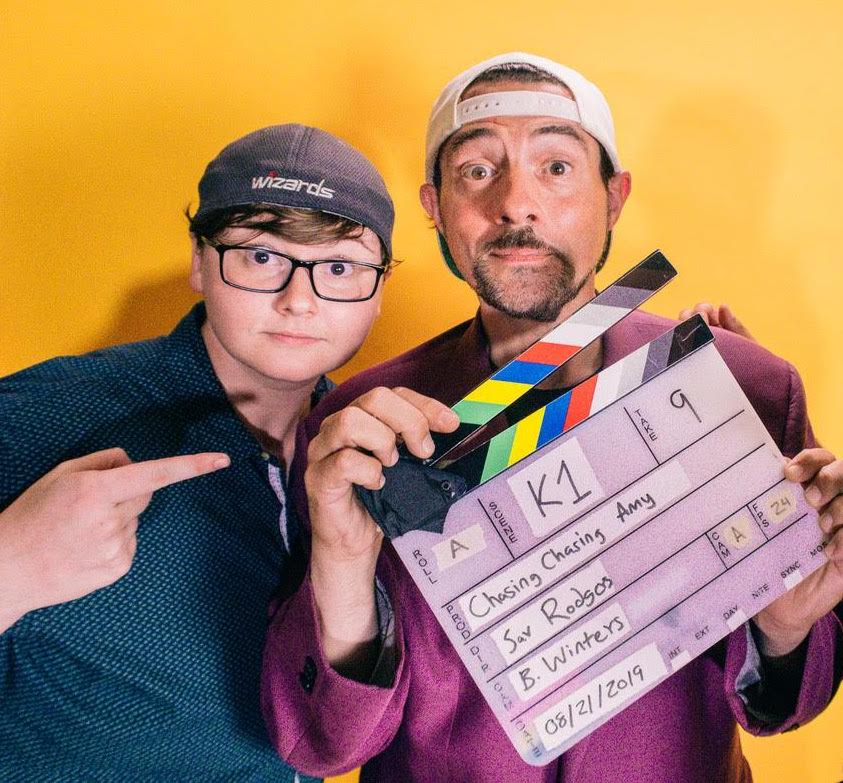 Call it mutual admiration society or perhaps a bro-mance—or even the ultimate ongoing mentorship. Whatever you call it, one thing is certain—filmmakers Kevin Smith and Sav Rodgers have an affinity and appreciation for each other.

The two directors met in the unlikeliest of ways. In 2019, Rodgers was featured in a TED Talk where he broke down how Smith’s film Chasing Amy (1997) had a profound impact on his life. The title of Rodgers’s talk? “The Rom-Com That Saved My life.”

And the KU film grad isn’t kidding either. “I don’t think that kid who was gearing up to give that TED Talk had any idea what was in store for him,” says Rodgers. “I had just moved out of Kansas, and for the first time, I was getting to share this really specific bond with people over what kind of movies I liked. It was the best experience of my life so far. It fundamentally changed my life. All the people I met there broadened my horizons to what I thought my career could be. It’s like, ‘Oh, you can do anything.’”

Less than an hour after the Olathe native’s ode to Chasing Amy hit YouTube, friends started blowing up Smith’s Twitter feed and he watched Rodgers’s monologue. And mere days later the groundwork for a blossoming friendship was being made.

We chatted up the two filmmakers, who discussed everything from Rodgers’s transgender journey and his upcoming work-in-progress documentary—the aptly named Chasing Chasing Amy—to how the two became buddies and how Rodgers became inspired by another Kevin, his film professor at KU, Kevin Wilmott. (“Whenever I need career advice or to talk—I’m very fortunate to have two great Kevin’s in my life,” says Rodgers.) It was a nearly an hour of unbridled banter. 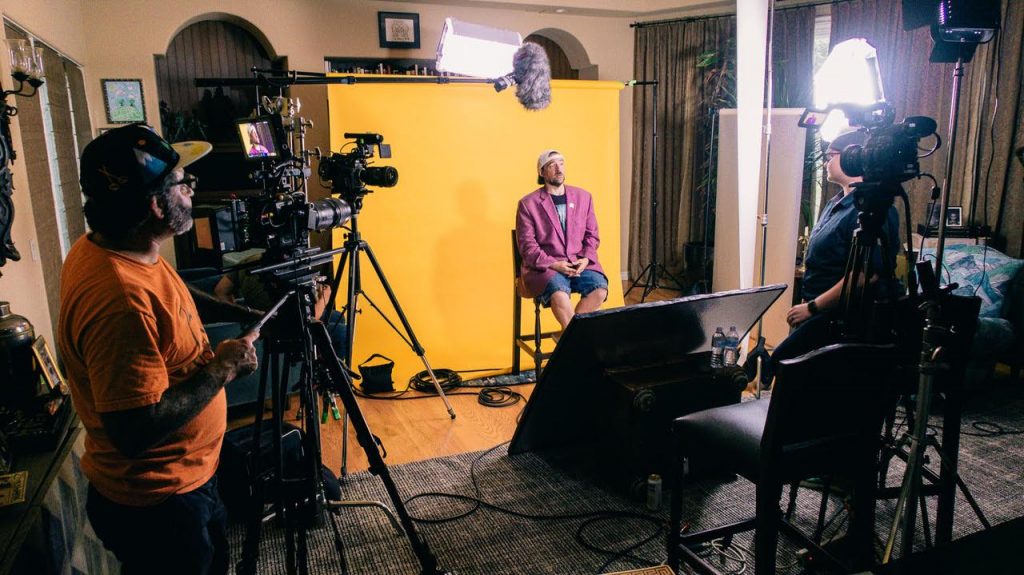 Smith: For the last 20 years, I’ve had Google news alerts to tell me whenever someone in the culture is referencing me or my work. This didn’t come via that. This came via Twitter. Twitter is the next best thing. Somebody tweeted, “Did you see this?” and I clicked and saw the reference to Chasing Amy … and instantly fell into watching it. And Sav’s story was told insanely well. Sav’s got a great stand-up style almost and as a storyteller who likes to tell long-winding narratives that make people laugh, on that level alone, I was like, “Great job, man!” And as fellow loving Affleck-bashing enthusiast, the piece had that to it as well.

That movie saved my career and for years was considered the gold standard—even higher than Dogma for most people. That was my umbrella film. Even if the world was raining sh*t on me, I could always be like, “But I made Chasing Amy” and people were like, “Yeah, okay.”

Sav’s talk on TED Talk not only re-validated the movie for me—I’d been reading so many pieces online that I started to believe we’d done something wrong. We didn’t do anything wrong, but the movie did something right. Like at the heart of Sav’s journey, this movie was like a lighthouse in the middle of a storm. That was incredibly moving. You show me any artist who isn’t profoundly moved by somebody saying something to the effect of “your work changed or saved my life.” That’s what we all dream about hearing.

Watching Sav talk was incredibly satisfying, moving, validating. Nothing negative came from it. And there was a glaze of making fun of Affleck in a fun, charming way. I reached out right away. That’s where our relationship began. 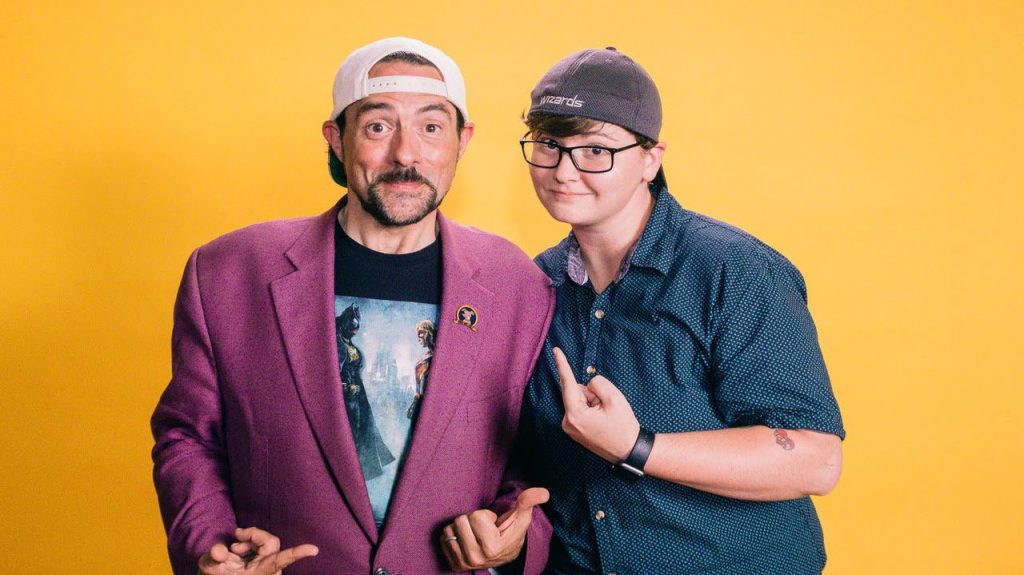 Rodgers: [In my TED Talk] I said something to the effect of—and in the most dramatic way possible—thank you and I’m now making a documentary about its legacy with LGBTQ people. And I remember your tweet said, “Hey, I know a couple of people if you need them for your documentary.” You DM’d me on Twitter and said, “Text me. I want to call you.” It was mind-blowing.

The first time I talked to Kevin I was in the middle of the Hard Rock Casino [in Vegas] which no longer exists now. I’m pacing around the slot machines and my wife is filming from where my parents were having breakfast. I was losing my sh*t. It was very validating. We talked for, like, 20 minutes—and you asked me questions and pitching ideas for the documentary. That kind of enthusiasm was more than I could have hoped for.

And I told Kevin this on the day of our first interview, you weren’t my hero until I met you. You were a guy who made a movie I really appreciated. But the kind of kindness and generosity and time you’ve given that makes you worthy of mentor status or hero status. Putting your money where your mouth is to really encourage and support another artist. That’s what did it for me. Oh, this is the Kevin Smith that people are all goo-goo eye’d all over the internet. [Laughs] 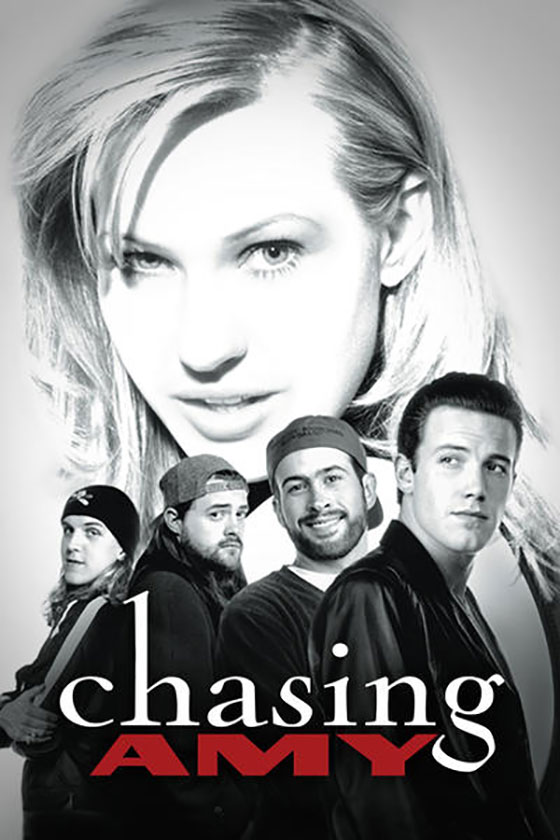 Smith: When you talked about my work—which will catch my attention—you said something that nobody is saying about my work anymore. That meant the world to me.

You, like, rescued the movie as far as I’m concerned. This comes after me seeing multiple pieces online—reading deep dives on Chasing Amy—where I was like, “Holy sh*t, I guess that’s a way to look at it. That wasn’t the intent. I guess this movie is lost to us now.” And there you are talking about how the movie changed, saved your life and made a difference.

Let’s talk about the film itself. Where are we at in the process?
Rodgers: The movie is a weird f**king fairy tale of look at what happens when I had the audacity to be honest about my experiences and all the people who helped me.

Smith: I haven’t seen it, but I’ve lived in the process. It’s not about me and my movie as much as it is about Sav and all of us our satelliting to the person at the center of the story. Sav is—I would say—the subject of Sav’s doc? Correct? 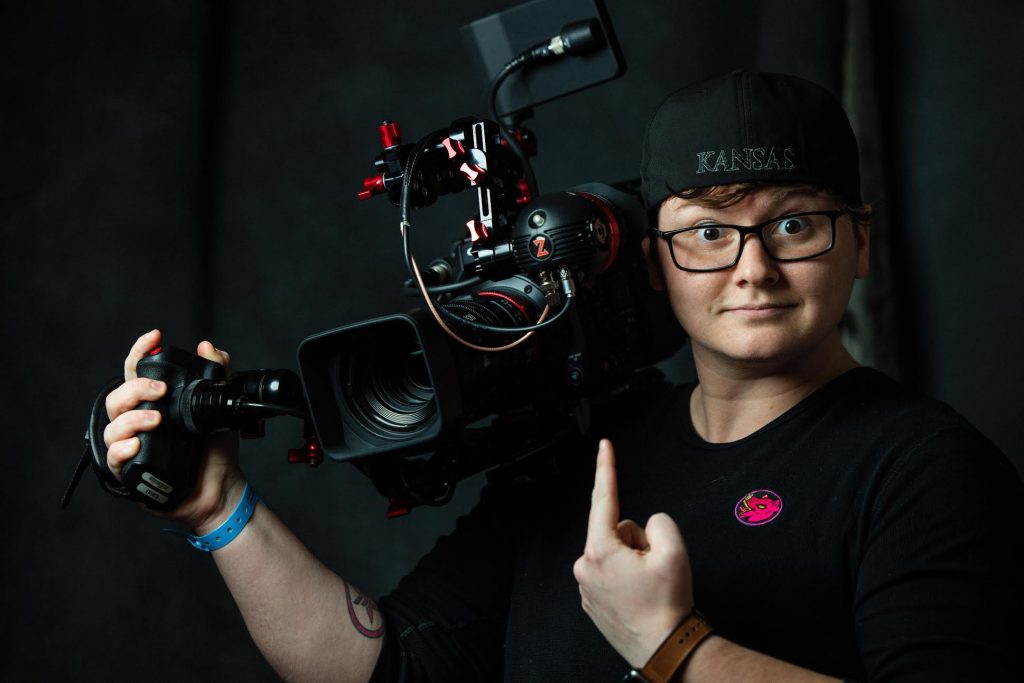 Rodgers: Correct. Not on purpose, but by virtue of telling such a personal story. When I set out to make the movie, I thought there was something here with Chasing Amy and the LGBTQ community and I can be the catalyst for people to give a sh*t about this highly specific story that has an audience of two—me and Kevin Smith.

I’m in it quite a bit. I filmed myself in almost every interview so there’s a reaction shot. I film constantly around my house because my transition has become part of the documentary. There’s a lot to unpack there. The fact that Kevin made a movie and 20 years later, I gave a TED Talk about it.  And what that movie did for me as a—to be blunt—suicidal teenager who struggled to feel safety in his own body or at school. It was a life raft to me. To talk about these experiences honestly in this way has been really helpful. And to have that validation has been really great. We’re cutting it together right now—and with the pandemic—in 2021 we have to shoot the end of the movie.

Smith: This is such a personal story. Sav’s right, the intention wasn’t about Sav and his transition, but as the story took was taking shape, it became clear the fascinating sh*t is stuff that happened along the way on your journey.

Rodgers: My friendship with you has become a central thing in the movie.

I remember the first time we hung out. I came over to your house and you drove me around and I was, like, a little nervous. And I asked, “Kevin, are we friends?” And you were, like, “Yeah, man!” And we went into the Veggie Grill together and that was it, honestly. This isn’t a documentary where I’m super-objective about who is Kevin Smith and what is his life story? It’s an extremely personal documentary that’s been super-weird and specific from the start and will continue to be that weird and specific finishing it during a pandemic.

Smith: Like finds like. Sav’s story is completely distinct and different from mine on so many levels.  But, on other levels, it’s just two storytellers who know there’s an art form they want to be involved in and this is what I want to spend my life doing. And I’m going to use that art form to chronicle my life.

He went out there and said things that people don’t normally say and expressed them in a very wonderful way—a moving, human way—because I wasn’t the only one that liked that Ted Talk. It blew up. That changed the world. Sav’s world particularly. It all starts with not being afraid to share a little bit and taking that first step. That’s why there will be a documentary called Chasing Chasing Amy.

Who’s on your wish list to work with?  Who are you obsessed with from afar?
Smith: There was a time in my life where I grew up watching Stripes and Caddyshack, so it would be great to work with Bill Murray. But I’ve been around long enough, and the internet has been around long enough where we know how difficult it is to get to Bill Murray let alone commit to your project. I can appreciate Bill Murray and not try to get him in something and have myself be disappointed and/or broken hearted.

I tend to write for the same people over and over again and very rarely does the circle get much bigger. But new people slip in all the time, but it’s by accident and not by pursuit.

Rodgers: Kevin is familiar with my love of Diane Lane. I adore her. Anybody would be lucky to work with her.

I wrote a movie called I Love You, Margot Robbie with my friend Taylor. It’s a trans-boy-coming-of-age story where Margot Robbie is this trans boy’s imaginary friend as he tries to deal with his circumstances. If that movie could happen, that would be rad. I love her in pretty much everything. And Affleck—getting him for Chasing Chasing Amy.

Tell me about your Transgender Film Center, Sav.
Rodgers: I thought back to the previous year when I came out as trans and one of the big things that made me anxious was there was no institutional support for trans filmmakers. I was applying for tons of grants for Chasing Chasing Amy and I was, like, how is there not a fund for trans filmmakers—how is there not anything?

From there, I worked with a couple of advisors and got a board together, and we started the Transgender Film Center. We’re starting our first grant fund to try to support trans filmmakers. Our stories are valuable. Our community has a lot of trouble getting the institutional access to tell our stories appropriately. We know what we want to see. So, I’d like to raise money and give it over to people who deserve to have their stories told. Trans people, as a whole, are worth investing in for our community. This is a spark. Chasing Chasing Amy isn’t the only trans story I want to see in 2022.

Interview edited for length and clarity.