Caitlin Eckard, the executive director of the Jackson County Historical Society, has one collective request for you going into Super Bowl Weekend.

Eckard’s team is responsible for collecting and archiving items related to Kansas City’s illustrious history, but she’s especially interested in Chiefs memorabilia. And given that it’s been 50 years since we duked it out in Super Bowl IV, Eckard is looking for copious amounts of donations to the cause—old and new! If you squirreled away a sign from Super Bowl IV, she wants it. Did you save confetti from our recent AFC win? She wants that too. “We would love photos from the 1970 Super Bowl, programs, or any other paper type of memorabilia—posters, pictures. We literally have one poster from the 1970 Super Bowl in our archives,” says Eckard. 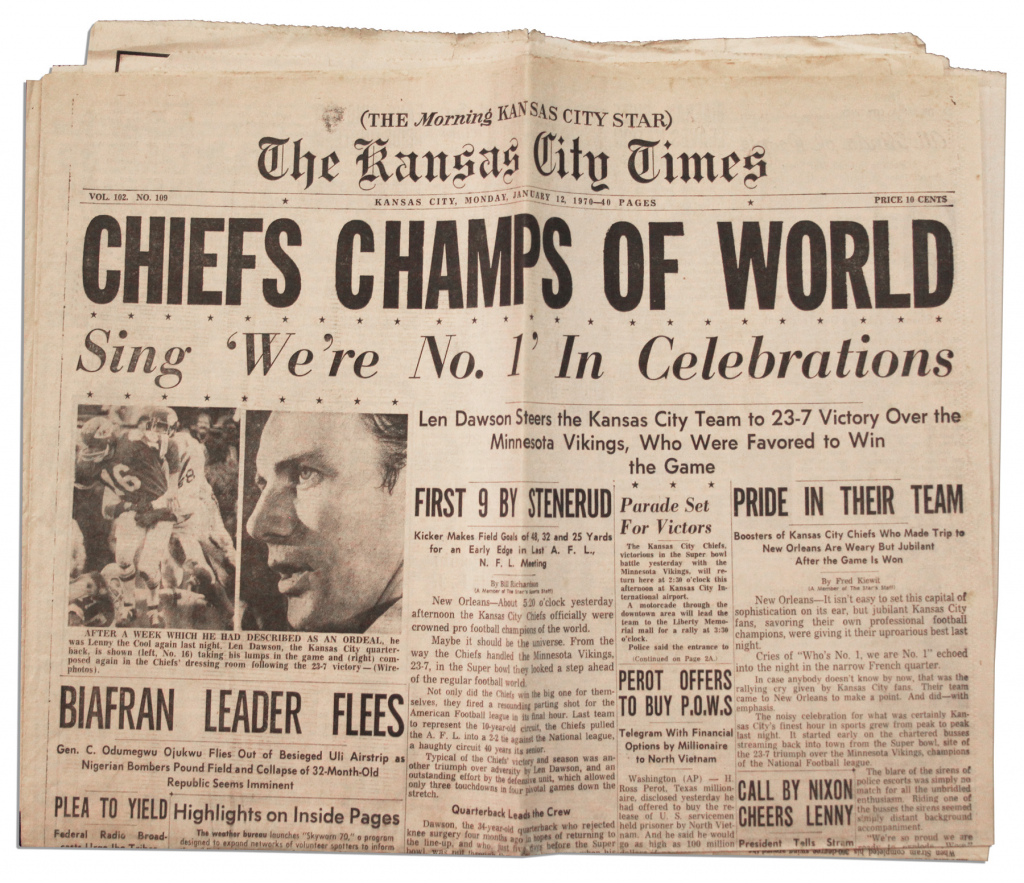 For Eckard, everything old is new again—or rather, will be. “These events are a collective memory for people in the Kansas City area. For example, people remember going to the Royals parade in 1985 with their parents, then they took their kids to the 2015 parade,” she says. “It’s a shared experience that resonates with most people. We collect and archive these materials because it’s history! Even if you aren’t a sports fan, somebody out there is and will want to see these pieces of history the next time the Chiefs win the Super Bowl.”

What may seem insignificant to you now might be the piece de resistance in the Historical Society’s collection in, say, 2040. Also, the more random, the better. “We have a cookbook put out by the Royals that include recipes from the players,” she says. “We also have some great 1920s-era baseball uniforms.”

She mentions local photographer Roy Inman, who just last year unearthed a bevy of never-before-seen pics he shot in 1970. Needless to say, the discovery was a gold mine of history. “I think Roy is the only person in KC to have 1970 Super Bowl pictures,” says Eckard.

Finally, when we asked if it was going to be another half century before we score another Super Bowl berth, Eckard laughed. “I highly doubt it will be another 50 years. It’s our time!”

My Day On The Sidelines at Super Bowl LIV