Fresh off the Chiefs Super Bowl win, professional sports photographer (and Olathe native) Josh Umphrey was—shall we say—a little bleary-eyed and giddy when we talked to him this morning at 5:20 a.m. in Miami.

Umphrey was boarding a plane back home with hundreds of his now closest friends/Chiefs fanatics. We caught up with the Olathe West High School vice principal to find out about his day yesterday—from the mood on the sidelines to his best shot, and of course, that jaw-dropping halftime show.

‘Fess up. Have you slept yet?
[laughs] “Uh, no. I did crash for about 30 minutes just now on the airport floor. It’s been a crazy last few hours for sure.” 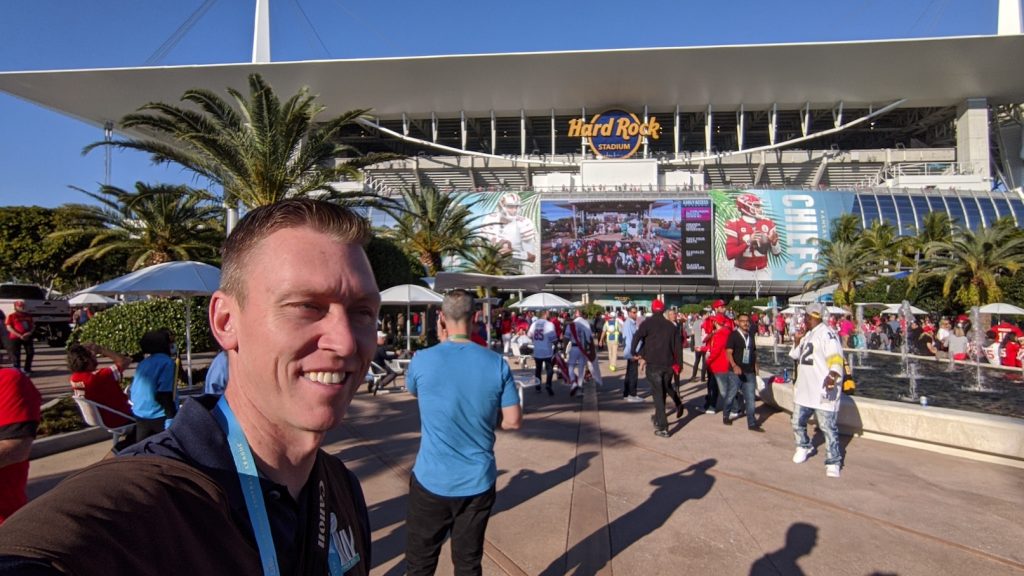 What was your most memorable moment?
“I think walking in the very first time and seeing the stadium was impactful for sure. Hey, I’m here. You’ve had these memories of the Super Bowl as a family. It was just really serene feeling to walk into the stadium and say, ‘Man I’m here.’ All that we’ve done the last few weeks, the last few years of our lives had finally gotten us there.”

Oy! What was it like on the stadium floor when we were losing?
“Well, teams have been down before so you don’t ever really count them out. There was a feeling in the air things weren’t going the Chiefs way, but ultimately, they came back. Once we had that long play to Tyreek Hill, people started to believe again pretty quickly. It was fun. I don’t feel like Chiefs fans ever lost hope.”

Was it good to commiserate with all your photographer buddies?
“Oh, yeah. I got some great shots of guys on the field. I think I was at the stadium by 11 a.m.—noon at the latest—and it was cool to be there and have those moment together.”

Do you have a favorite shot or one pic that’s “the winner?”
“I shot so much stuff, it’s hard to know. I got couple of Mahomes getting into the end zone—his first touchdown. Some of that stuff will look pretty good. A unique thing? The halftime show. I’ve never shot a concert before. I’ve never had the opportunity. And the end—with all the confetti flying. There’s a few moments I think I exceled at, but we’ll see.” 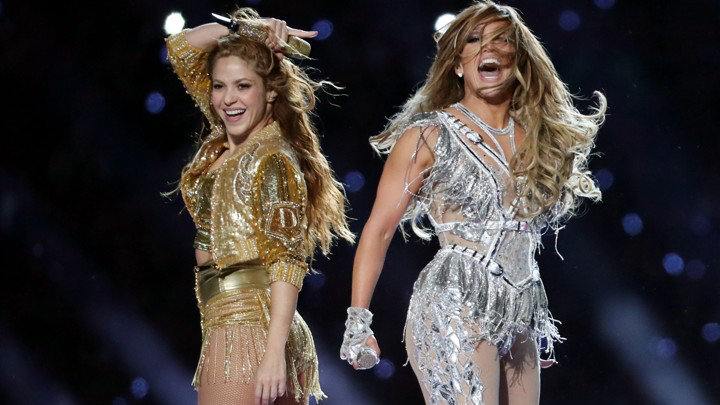 Gimme five words to describe Shakira and JLo
“Surprisingly, one of the best. How’s that? It was great. I’d never had an experience like that. I didn’t know what to expect. To be right there—it’s crazy. It’s hard to personify—it’s one of those things—it was a blur. You try to soak in every moment.” Dude, Jennifer Lopez is in her 50s. Repeat, in her 50s. “I hope I can look that good at 50.” [laughs]

The parade is Wednesday! Will you be shooting that?
“I probably won’t. I need some time with my kids—and see if they want to go down there or just stay home and watch it on TV. I need some time to enjoy this with my family. I just want to be with them and give them all the presents I bought them.” [laughs]

Anything else you want to dish on?
“I hope I came across coherent today. My mind’s a little muddy. I feel grateful for all the tweets and texts from people at my school. This last week has been really cool. And I’m grateful for being able to share it.”