Last month on April 24, Missouri Incentive Bill HB 923, an initiative to generate film production in Missouri and to attract film business to our state and Kansas City, passed the House Floor.

That same night, Fox4 film critic Shawn Edwards, through his relationship with Hidden Empire Film Group, brought the national press and screening tour of the indie thriller, The Intruder, right home to us in Kansas City. Joining the festivities was producer and director Deon Taylor.

The evening turned out to be a nice little party with photogs popping bulbs, entrepreneurs networking, and smiling actors trying to rub elbows with the auteur. The lot of film-lovers loaded into the theater and the lights dimmed. 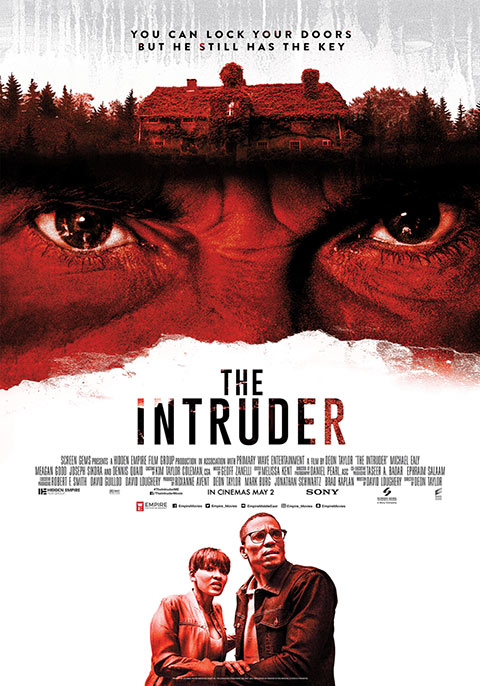 The Intruder, starring Meagan Good, Michael Ealy, and Dennis Quaid, begins as thrillers do. A smart and sexy couple living the high life—affluent means, a storybook love affair, so gorgeous your eyes hurt, and they are and have the best friends imaginable. Oh, and they make one dastardly life alteration and what once flowed easy now runs red. Blood red.

All these poor people do is purchase a three-point-five million dollar house. That’s it. Nothing else. And next thing you know, they are getting the business. The business end of a rifle. Like many stories of this nature, a violent external force threatens, not only to break them apart, but to murder them. 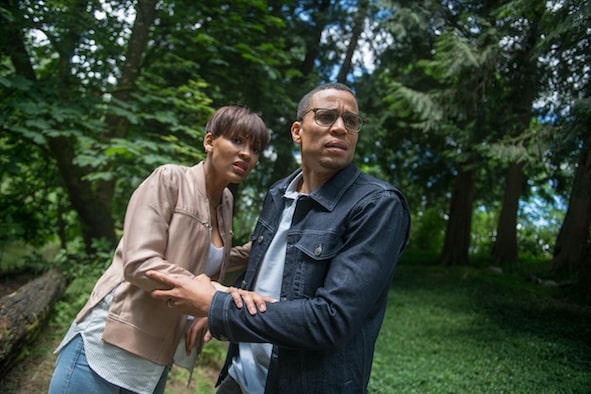 Also, like stories of this nature, the narrative and execution are rife with potential pitfalls and The Intruder tumbles into them all. Questionable character arcs, plausibility faux pas, and an imbalance between what the character knows and what the audience knows prejudicing viewers against a sweet, seemingly dimwitted but still quite alluring woman. Trouble is, they fall so gloriously into these pits that it turns a probable disaster into one wild thrill ride.

The audience gets hooked. Talking to the characters, screaming out loud, and laughing even louder. It’s an uproarious and fun experience that feels so good to participate in.

Playing with the paranoia aroused from being surveilled, living in a mansion-sized mausoleum of memories, and challenging two people in love to be more than a couple, but to be a team, are a few of the dynamics the movie gets right. Add tight, quick pacing, and punchy dialogue, and The Intruder becomes a suction for audience attention.

Deon Taylor talked to IN Kansas City about his inspiration for making this film, “It’s actually the first time I’ve done a movie like this where I’m not gonna worry about too many gigantic scenes,” he says. “I’m just gonna play and have fun. I really wanted to make a movie that the audience participated in. I wanted to make a jump/scare movie.”

He succeeded. People called the characters by name: “No, Annie, you playin’,” they’d yell anytime she showed softness to Quaid’s deeply disturbed Charlie. But it was her lack of suspicion even with a husband distressed by Charlie’s presence that later allows this jump/scare to turn into a poignant romantic thriller.

“The overarching story theme is that through adversity we become closer and stronger. That’s what I wanted to build in the movie,” Taylor says. “You have a couple that’s basically separated a little bit, having a lot of little problems here and there and someone drops. We allow evils to come into a relationship and break us apart. Charlie is someone with two faces. He’s one way with her and another way with him. He forces them to argue and fight, but ultimately, they have to put their differences aside in a relationship, come together, find strength, and fight to defeat evil. That’s what the movie is about. This is me saying, cinematically, that love is stronger than anything.”

With incredible performances from Good and Ealy, the message of a conquering love survives Quaid’s entertaining, but over-explosive, performance. In the end, The Intruder is saved by how it grips the audience and embodies the charm of its visionary.

Taylor spoke to us after he’d moved on to a bigger city on the tour, but made sure to let IN Kansas City know, “Kansas City was crazy. It was so much fun. I loved it so much,” he says. “I was like, yo, Kansas City—can’t nothing top that!”

IN Conversation with Kevin Bacon