Entertainer/musician/rocker Bobby Kerr has been a touring musician since he turned 18, including a stint in the original KC-based band AXIUM. Along the way, the Blue Springs native discovered he had a knack for belting out cover tunes. His impressive tribute band resume is notably random—including yearlong stints paying homage to KISS, The Cars, and, uh, Frank Sinatra. Now Kerr is giving love a bad name as the frontman for Bob Jovi, which hit the stage in 2019. “I love entertaining and being a ‘mock star,’” he says. “Paul Stanley, Jon Bon Jovi—they paved the way and therefore deserve to be called true rock stars. I just get paid handsomely to pretend to be them—and do a damn good job of it.”

When he’s not on stage, Kerr says he’s a serial entrepreneur and toggles between running three successful businesses—including home inspection, mortgage brokerage, and property and causality insurance companies. Kerr adds that Kansas City is home to “the nicest people in the entire country. People always say hi, or wave from the steering wheel when driving by, and even hold doors open for total strangers,” he says. “Those things are not normal in other places of the country. Kindness is always fashionable, and always welcome.” 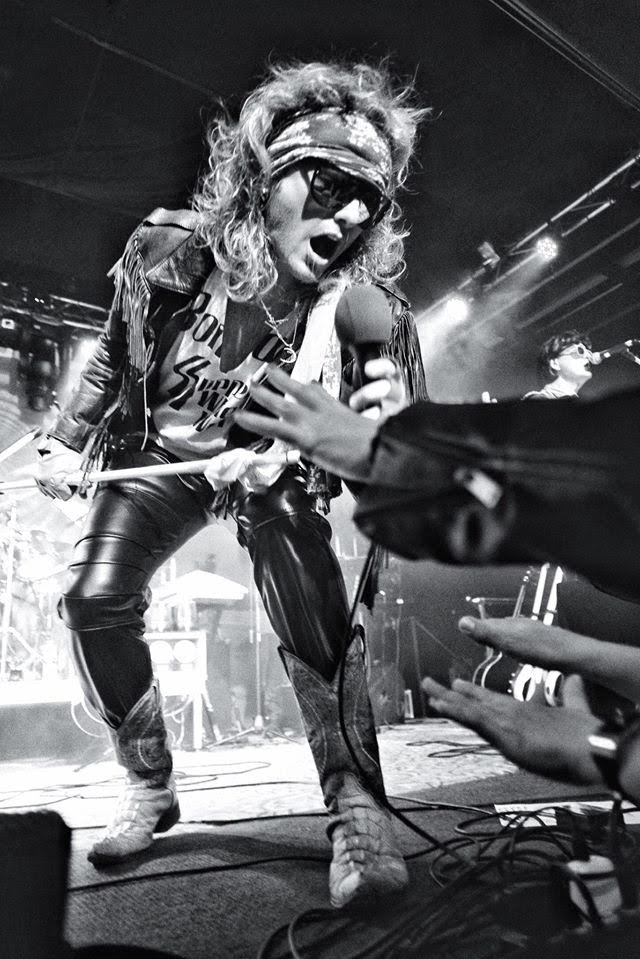 We caught up with the popular performer to find out his hideaways, haunts, and go-to locales.

What’s your fave place to see and be seen?
“It is—and always will be—Kauffman Stadium. I’m a diehard Royals fanatic. Sitting under the lights at a night game at the K, with the fountains bubbling and the smell of ballpark fare are things that will never grow old.”

What’s your favorite local place to appease your sweet tooth?
“Give me Andre’s Confiserie Suisse for cookies/cakes and Andy’s for some delish frozen custard.” 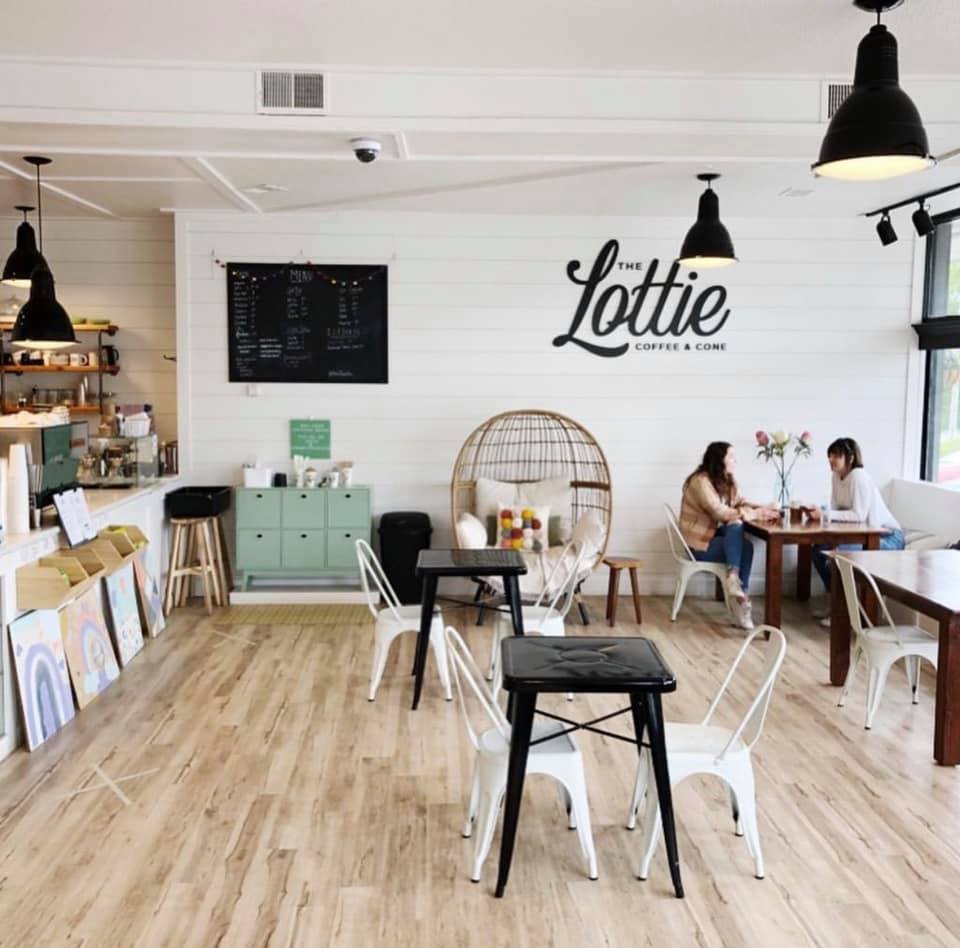 Where do you go locally to get (or stay) caffeinated?
“One is sexy, and one is, uh, not at all. Sexy = The Lottie in Lake Lotawana. It’s locally owned and operated. It’s fantastic for coffee and breakfast sandwiches. Lame answer = QuikTrip. Yes, give me a QT kitchen black coffee and an old-fashioned chocolate donut and I’m living right for the day!”

Fave local place to appreciate art?
“Here’s an unconventional answer: Knuckleheads Saloon (though it may not be the art most people would think of with this question.) Original artists, local musicians, tribute bands, and world-famous musicians that fill 20,000-seat arenas can all be found at the world-famous Knuckleheads.” 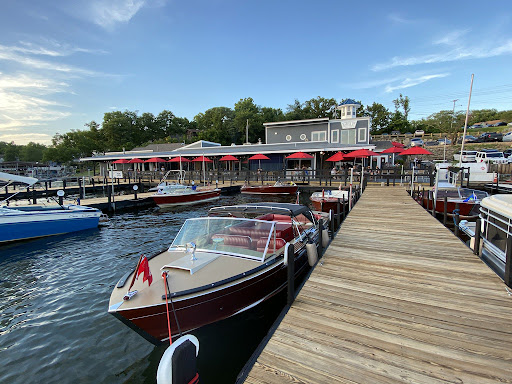 Shhhh—favorite local hidden gem?
“Marina 27 at Lake Lotawana! Where else in the city can you grab delicious cocktails, tremendous seafood/steaks, and have views of 600+ acres of surface water and beautiful homes? (PS. If Johnson County folks care to venture 30 minutes east, they won’t be disappointed.”)

Fave scent?
“I’m a cologne kind of guy, especially on show days for Bob Jovi. (That’s a pretty active, sweaty show—and I like to stay fresh.) Dolce & Gabana Light Blue for men is my personal fave. I’m also a sucker for a good Little Trees car air freshener. Black Ice and Vanillaroma to the rescue!” 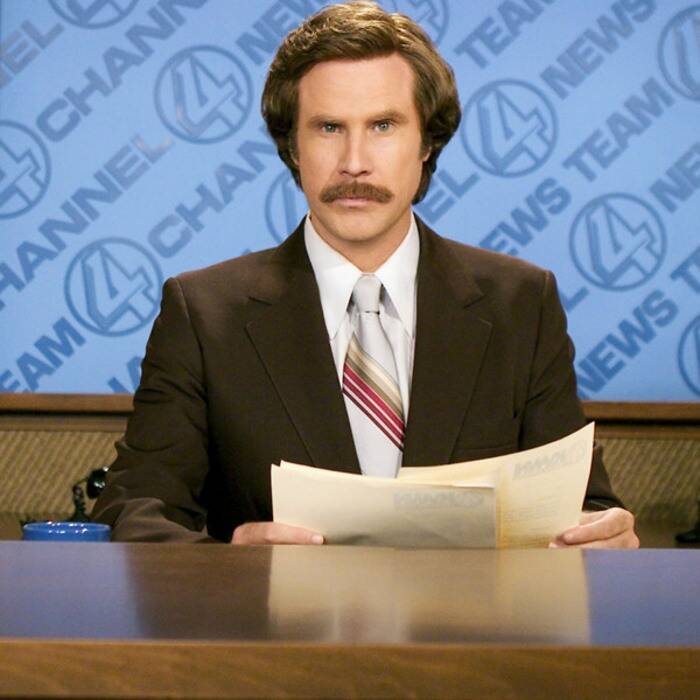 Fave film/theater monologue you know by heart and can recreate on the spot?
“Uh, is there a better movie than Anchorman to quote line for line? No, there is not. ‘I’m kind of a big deal. People know me’ is classic.”

It’s closing time—where do you go for late night breakfast?
“Oh gosh, I’ve done this too many times to count, especially when I’m on the road playing music. I’m an old soul and I love the feel, smell, décor, and (often) terrible service I get when I’m inside of Waffle House. I like my hash browns covered, smothered, and chunked.”

Where do you go to chill out/decompress outdoors?
“I live on a lake so spending time with friends and family on our pontoon boat is about as good as it gets. I’m a pontoon captain. It’s like a regular captain, only drunker.”