When Aidan Noell met Ian Devaney, her husband and fellow bandmate, when she was an audience member at a concert he played at the recordBar a few years ago, she had never played a single musical instrument.

After the show, Noell went up to the merch table and introduced herself to Devaney and the band. The two kept in touch, and when Noell moved to New York City for an internship, they started dating. Fast forward a few years, and now Noell and Devaney are touring the country as the indie-pop band Nation of Language with their second album, A Way Forward.

IN Kansas City Magazine had the opportunity to chat with Noell about her experiences as the band’s keyboardist.

IN KC: Why don’t you tell me about how you started your music career and how it evolved to what you’re doing with Nation of Language.

Noell: When I graduated from college, I moved to New York with Ian. It was around that time that other members of his project, Nation of Language, were moving away to LA. I offered to join the band, and Ian thought he could teach me to play the keys. So, he did, and it worked out. I’ve been in the band ever since.

So, you had never played the keys before then?

No, I hadn’t. I hadn’t played any instrument before.

It doesn’t sound like this was something you ever anticipated for your career, so what’s it been like touring the country to perform with the band?

That’s very true, I went to college for history, and I have a master’s degree in history.  I definitely didn’t foresee myself being a touring musician, but it’s so amazing. It’s such a romantic adventure to drive from town to town. I just love the road trip aspect of it and seeing America through the car window and trying life in all these different towns. I feel so lucky for how things have turned out.

You perform at the recordBar at the end of this month. What do you think it will be like to be back in your hometown performing at the—albeit not the exact same space—but the place that embodies the spot you first met Ian?

It’s very sweet that we get to keep playing there. We’ve played the recordBar a few times since I joined the band—twice in its new location. It’s always so nice to have all my family and friends who know Ian and my story and love Nation of Language and celebrate us. You sort of feel like you’re surrounded by your champions. We’re never not surrounded by people who love the band, but it’s just a little different knowing that it’s people who watched you grow up and are very proud of you. 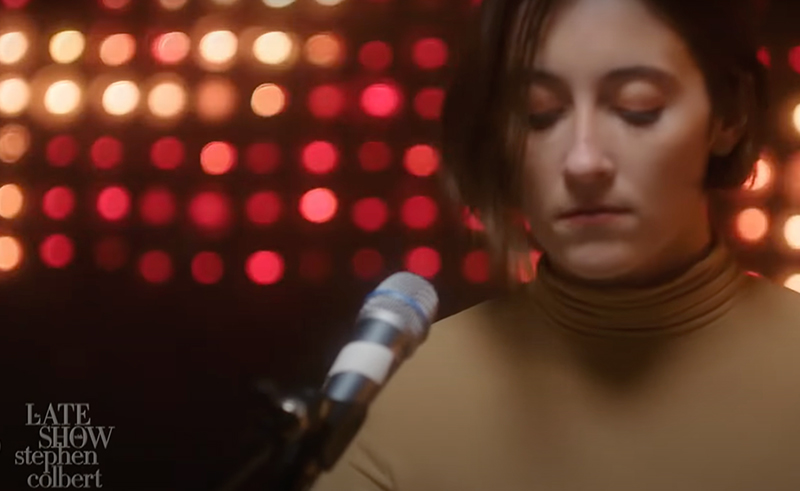 Just in the last year, Nation of Language had its first television appearance on The Late Night Show with Stephen Colbert, you sold out a tour in the United Kingdom, and you’ve performed in places like Rockefeller Center. What goes through your head when you’re doing big things like this?

It is bizarre and surreal. Especially because before the pandemic we had only been playing at local Brooklyn, New York, shows that had never really been sold out. Mow we’re playing sold-out shows in LA, Chicago, and Seattle and meeting all these people who are singing the words of our songs back to us. It’s amazing, and a big dopamine hit for sure.

I read that with your first album, Introduction, Presence, you and Ian decided to skip your honeymoon and ask your wedding guests to contribute to your recording fund. Looking back did that decision pay off as you hoped?

I am so happy we did it, because we loved that music and we wanted to start getting it out there. Also, a honeymoon is not too dissimilar from going on tour. We work going on tour, but we also get to see so many places and perform and meet new people who like our music. I hope one day we can get an actual honeymoon, but I don’t feel like I lost out on anything but gained a lot of amazing life experiences. 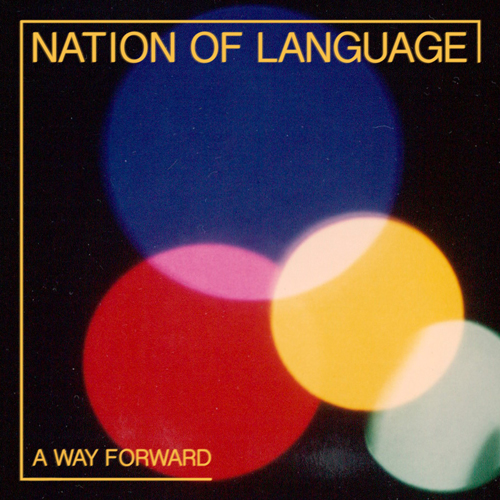 You’re currently touring the band’s second album A Way Forward. Is there any central message you’re trying to get to your fans with this album?

There are several, but the one that most resonated with me is the idea that even if you’re feeling something terrible—whether it’s heartbreak, loneliness, rejection, or things just didn’t turn out the way had thought—there’s still beauty in being able to feel so much and trying to embrace that and experience life whether it’s in a positive or difficult way.

See Noelle perform with the Nation of Language at the recordBar on March 30. Get tickets here.