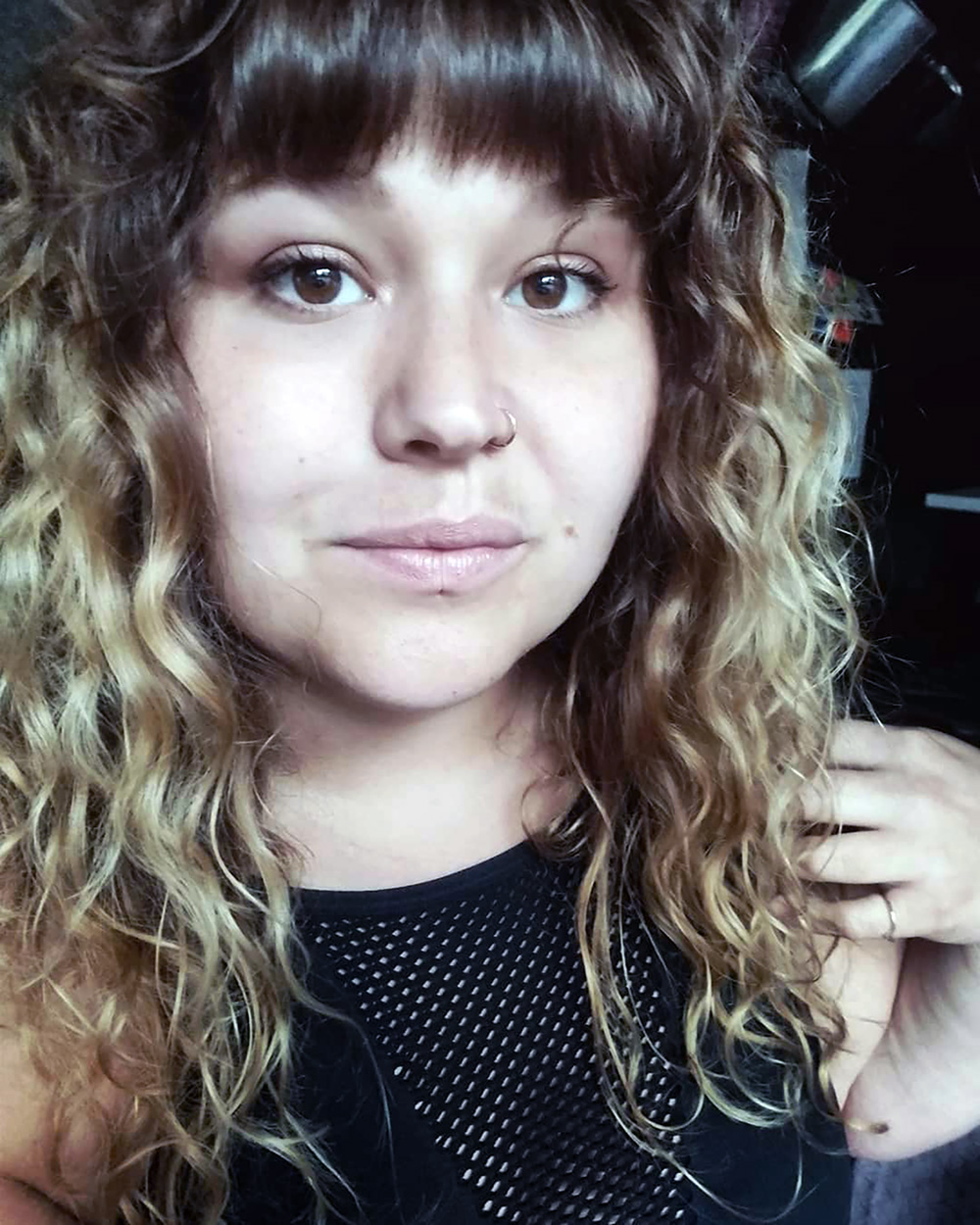 Nearly ten years ago, Lauren Krum emerged in Kansas City’s music community in a grand way: as part of The Grisly Hand, a rock band with a heavy country/roots flavor.

The band has since changed personnel and altered its sound, but Krum, with fellow singer and songwriter Jimmy Fitzner, has remained a constant, and the Grisly Hand has become a high-performance, in-demand band with several excellent recordings in its catalog.

Krum has also flourished as a singer and performer outside that band. She recently answered questions about The Grisly Hand, her several other projects and other music matters.

Describe the music projects you are involved with.
My classic-country band, Lorna Kay’s One Night Stand, with Fritz Hutchison joining me on lead vocals, is about a year old. I sing jazz and pop songs with Lauren Krum Quartet. I’m half the lead vocals of the Grisly Hand, a rock/Americana band that we started almost ten years ago. And every now and then I sing with David Regnier as half of Ruddy Swain.

When did you get interested in country music and what about it attracted you?
Around ten years ago while working at Reckless Records in Chicago, I got the opportunity to hunt down and special order records. I love vinyl, but I’m not a big competitor or collector, and I also wanted to have a niche as an employee there, so I just really leaned into my fascination with country.

Country was foreign to me in many ways but also familiar enough to connect to what I knew at that point. I’d also give my mom a shout-out for buying a Patsy Cline tape at WalMart during my childhood and for having the Trio self-titled album featuring Dolly Parton, Emmylou Harris and Linda Ronstadt. I remember being really intrigued by how a record could be so heartwarming and toe-tapping and so heartbreaking by turns. The breadth of emotion spoke to my dramatic and emotional sides.

I also grew up with a lot of affected voices or marbles-in-my-mouth-while-yelling voices in pop and rock music so there was something really satisfying about the clarity and simplicity to the singing. Also I love a good story!

List a few of your favorite country singers and tell us what about them appealed to you.
Johnny Paycheck fast became one of my absolute favorite country vocalists in my early days of collecting. I loved him before finding his hits and was just totally enamored of his deep and melodic voice. I was puzzled by his ability to enunciate and be absolutely “lazy” vocally all at once.

I also loved finding some lesser-known country musicians like Sammi Smith and Skeeter Davis. I love the way country record jackets tell you this tale of the artist: They’re about the songs just as much as the person delivering them. I wanted to know their stories, to know where the pain and world-weariness in their voices originated. I instantly felt as if I were a natural part of this musical lineage—not directly but because of shared experience.

A few years ago, you started singing jazz. What have you since learned about singing in that genre? How have you evolved as a vocalist in that genre?
Simply put: I’ve become a better singer. With no big band and no back-up singers to nestle into, I’ve really had to rely on myself. I’ve also finally started taking more chances and “riffing” a little more. It takes me a long time to get comfortable, so it’s really exhilarating to finally feel more loose and confident with my delivery. I’m also very lucky to play with people who encourage that and make me feel emboldened by their level of talent.

Do you have a preference: solo or singing in harmony? Is there a significant difference between singing harmony with a male voice and a female voice?
I prefer singing with someone, always. I love to impress on my own and have the spotlight sometimes, but nothing compares to the feeling of intertwining with another person vocally. There’s an aspect that feels almost like becoming one person that I really can’t get enough of.

I don’t feel a big difference between singing with different genders of people, though I could use more women singers in my day-to-day. I am working on a project that centers around vocal harmonies from singers with higher voices.

Who do you listen to these days, whether for inspiration or entertainment?
I’m still on my regular B.S. of listening to ’50s and ’60s pop, country, and soul but I’ve been really digging on some women lately: Margaret Glaspy, Sierra Ferrell, Esther Rose, Living Hour, Sarah Shook & The Disarmers, and Angel Olsen to name a few. I also listen to Migos when I need to get pumped up for a show sometimes.

What’s in store for The Grisly Hand?
Please let us know if you know. No, honestly we’re in a good place right now, if a bit uncertain. We are working on new songs, possibly to be released in a small group or even as singles. We’re exploring a new sound as well as a different lineup instrumentally. We’re about to turn ten so who knows what double digits will bring.

Of all you have done musically over the past ten years or so, what projects/ accomplishments are you proudest of? And why?
This is kind of tough, if only because the Grisly Hand is my baby and a project that helped me crawl out of the darkest point in my life. I’m so proud of what we’ve released, the caliber of shows we play and the crowd enthusiasm, as well as us as collaborators and artists in our own right.

That said, starting my “own” band (Lorna Kay’s One Night Stand) and managing it from the ground up and handling booking on my own, etc., is something of which I’m very proud.

Are there still obstacles and glass ceilings or biases against women in the music world?
Of course. But we’ve entered into a really exciting time as far as calling out the B.S. and making a clamor loud enough to shake up the industry to some degree. Here in town I don’t really feel it. Sometimes sound engineers think I’m just a backup singer or there’s a lot of, “Oh, you just sing”, kind of stuff, but I’m really proud of the women-driven and women-supported quotient of our scene in KC.

Who would you most like to collaborate with and why?
Ooh, this is tough! There are so many talented folks in KC I’d love to do something with. Infogates, Ces Cru or JL B. Hood. Or something with Strange Music in general. I’ve always wanted to sing on a hip-hop track. I’m sure they’re like, “OK, Lorna. Calm down.”

You can see Lauren Krum in Lorna Kay’s One Night Stand every third Tuesday of the month, including Jan. 22 and Feb. 19, as part of the weekly Honky Tonk Dinner Show at The Ship, 1217 Union Ave., in the West Bottoms.

Behind the Music: Mikala Petillo

Behind the Music: Kasey Rausch