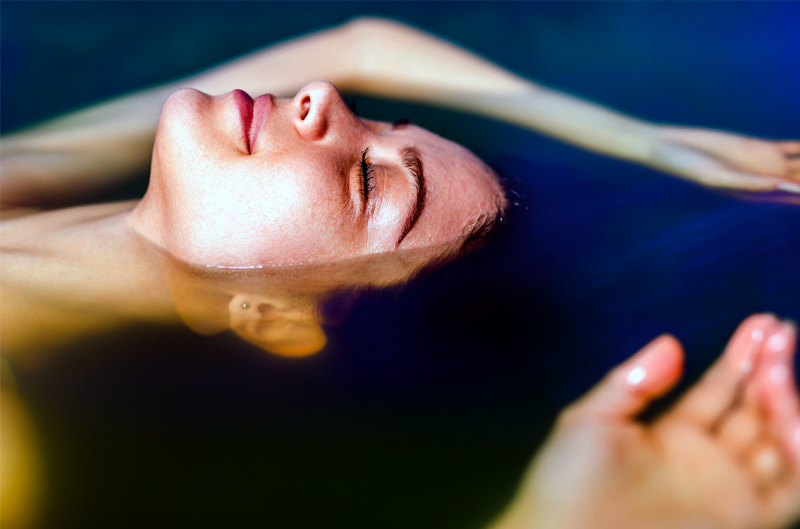 For centuries, people have traveled to the Dead Sea to float in the hyper-salinated waters with nothing to worry about but sunburn and dehydration. But being landlocked on the other side of the world makes a dip in those salty waters a bit tough. Luckily, float therapy is possible right here in Kansas City at several spas.

But what is float therapy? In its simplest form, float therapy creates an environment of peace and tranquility by allowing clients to float in heavily salted water to create a positive buoyancy atmosphere. The concept was developed by Dr. John C. Lilly in the 1950s using what became known as a sensory deprivation tank. While floating weightlessly in the water, clients are able to let their consciousness wander and release, creating a feeling of complete relaxation.

Floating has also proven effective for those with joint pain. Pregnant? Floating in zero gravity can take all of the pressure from those loose joints and give relief, especially when pharmaceutical means aren’t an option. Floating can also help reduce cortisol caused by traumatic events and PTSD.

The idea of climbing into a small enclosed space and floating in the dark may not seem relaxing to some, and floating facilities have come a long way since Lilly’s first tanks. Now, float spas feature private rooms with taller ceilings and soothing lighting so that floaters can relax and recharge for an hour at a time.

Intrigued? Here are a few of the places you can dip your toe in the floating pool.

Floating KC
Floating KC, located in the Waldo area, has been keeping people buoyant since 2015. Their float rooms offer a spacious experience with seven-foot ceilings and more space than a king-sized bed. Floating is the focus here and they offer memberships or packages for those that are hooked on the lack of sensation.

Total Bliss Massage and Float Spa
For Northlanders, there’s a new option for a relaxing float. Total Bliss Massage and Float Spa combines float chambers with more traditional massage therapy options, so you can make a day of it. Start with soothing music to ease you into your float experience and then let the sensations dissipate along with your stress.

aNu Aesthetics and Optimal Wellness
At aNu Aesthetics, wellness is always the goal. Stepping into their float pod is like boarding a ship to outer space, as you achieve weightlessness without having to make a billion dollars and launch yourself into the atmosphere. The spa offers 60 or 90-minute sessions as well as packages at its River Market location.

What Better Time to Discover a Better You Than the New Year?

A Surreal Experience Can Be Had At Floating KC