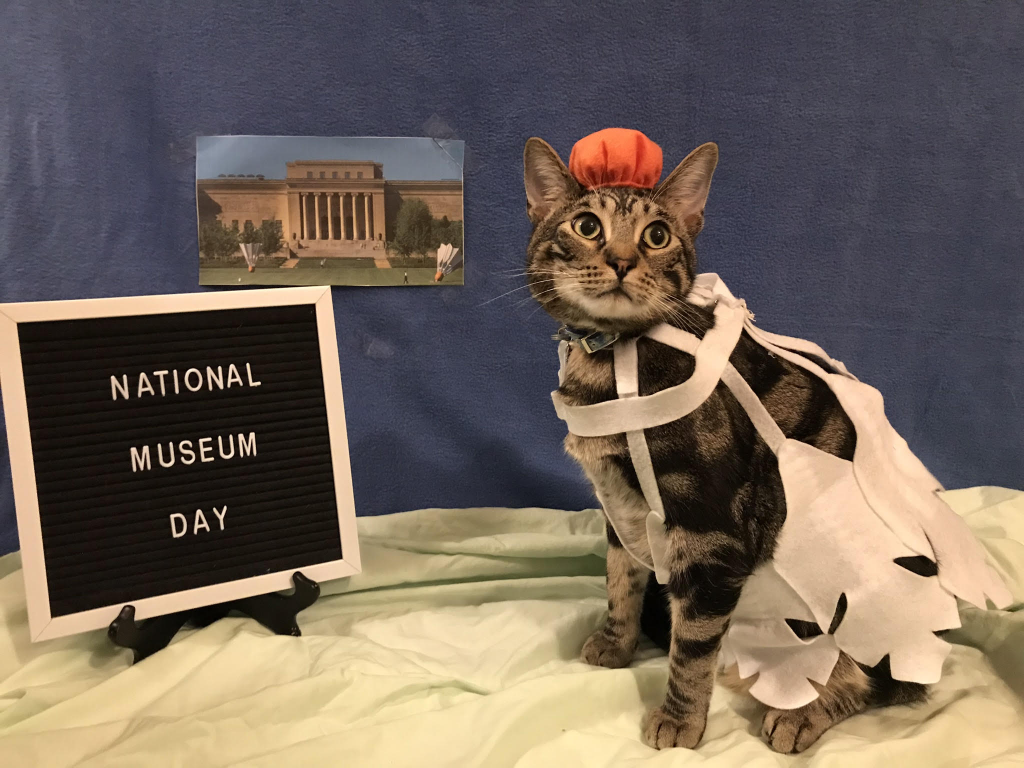 The only thing more popular than former mayor Sly James? It’s Sly James The Cat (a.k.a. The Mayor of Catsas City), a bowtie wearing, 4-year-old tabby that’s become a sensation on Instagram. Seems Sly’s (uh, the cat’s) mom, Brandy Peed, adopted him in 2017 and started dressing him up shortly thereafter. (Sly’s orange tabby sibling Bubblegum sometimes joins in on the shenanigans.) “Sly’s popularity soared last year when I started dressing him up as Catrick Mahomes, which started at the beginning of the Chiefs regular season,” says Peed. “I have no idea if Patrick Mahomes knows about Sly—I hear that he is a dog person.” 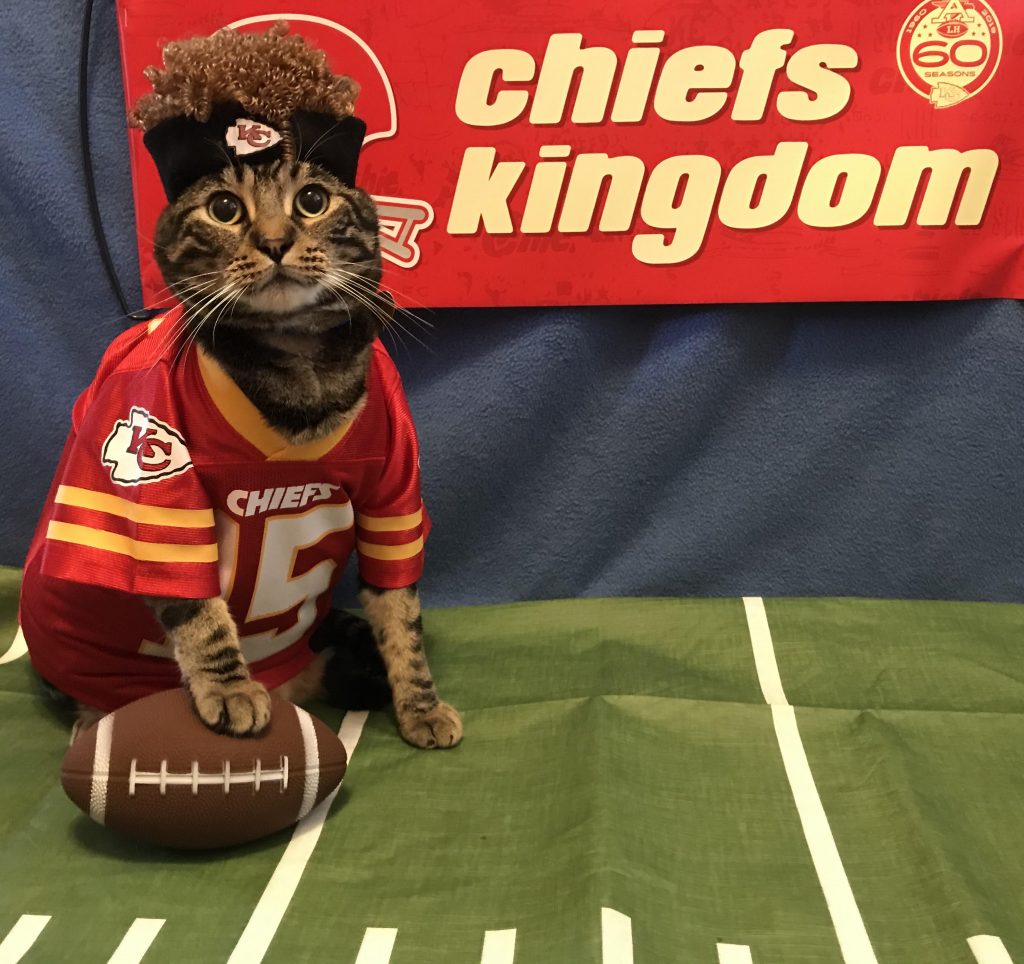 But does Mayor Sly know about his feline version? Yes, and he’s a fan. A framed, signed photo from the former mayor was gifted to his alter ego. “It was very sweet, and it is hanging in my office,” says Peed.

We caught up with Sly James’s (the cat) hoo-man to get the scoop about how this whole thing came to feline fruition.

First up, how did you get started? Like, how did this become a thing?
“It started in January 2017 as a fun project to just use my creativity and spread happiness through funny posts. The idea? I got a yearly planner from Easy Tiger and it had weird holidays inside. I quickly found out that some weird holidays are harder to make work for a cat.

I love spreading joy and happiness through the photos, with a touch of education, equality, and acceptance of others thrown into the mix. I feel if you have a platform to uplift others, you should. Lately, we’ve been promoting mask wearing and voting, but also touch on the Black Lives Matter and LGBTQ issues as well.” 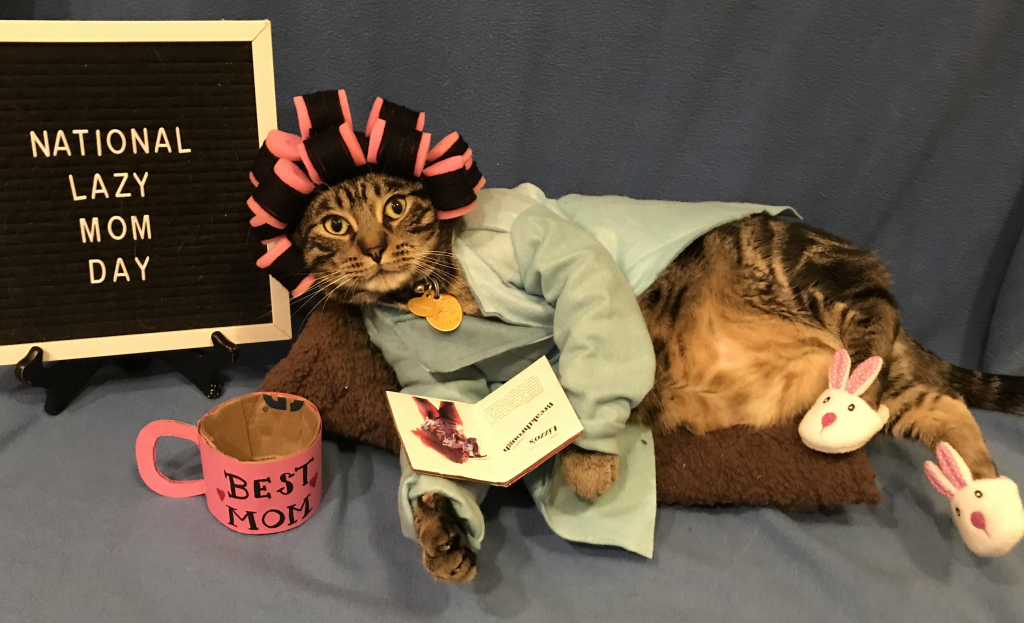 Is it just us—or do you have the world’s most patient cat?
“Sly James—for the most part—is a very patient cat. He’s never forced to sit and do photos. If he’s done with it, I just let him walk away and either try later or use what photos I took. I have a blue background and it takes more time for me to set up the photo shoot than the actual shoot—which is no longer than three to five minutes max.”

Are treats somehow involved?
“When I first started, I never used treats as a reward system. But the longer we’ve done this, I have started to give him a few treats as a reward. Usually Greenies for Cats. Bubblegum usually gets treats at the same time because he does a good job staying out of our photo shoot. I sometimes call him the manager. Usually, I just play ball with Sly James. He loves to play fetch.” 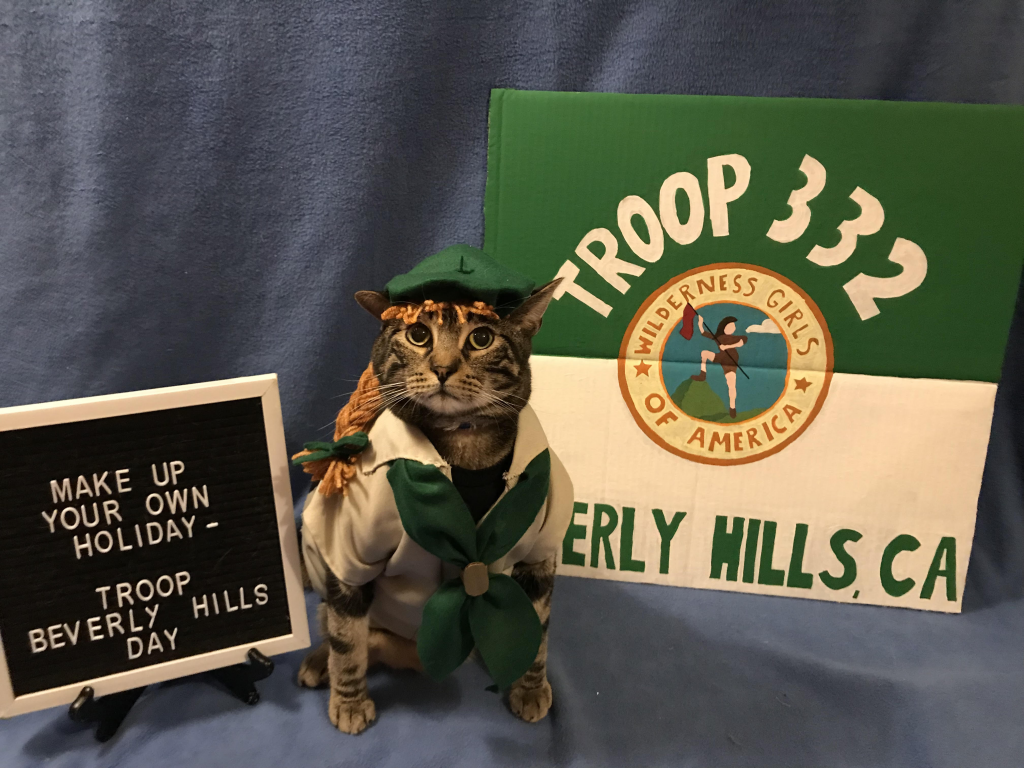 You post pretty regularly. Any particular favorite poses/pics?
“I have posted a photo every day for the last three years. I also add extra photos every week for Bowtie Tuesday—to honor his namesake. Now we do Mask Monday—which is usually photoshopped. But I also like to add in photos of him just being a regular cat. My favorite photos? The shuttlecock for International Museum Day, International Pillow Fight Day, and Magnum P.I. Day. Probably my all-time favorite is Make Up Your Own Holiday, which I made Troop Beverly Hills Day. Honestly, there are so many to choose from—and a lot of times I really surprised myself by the things that I have accomplished.” 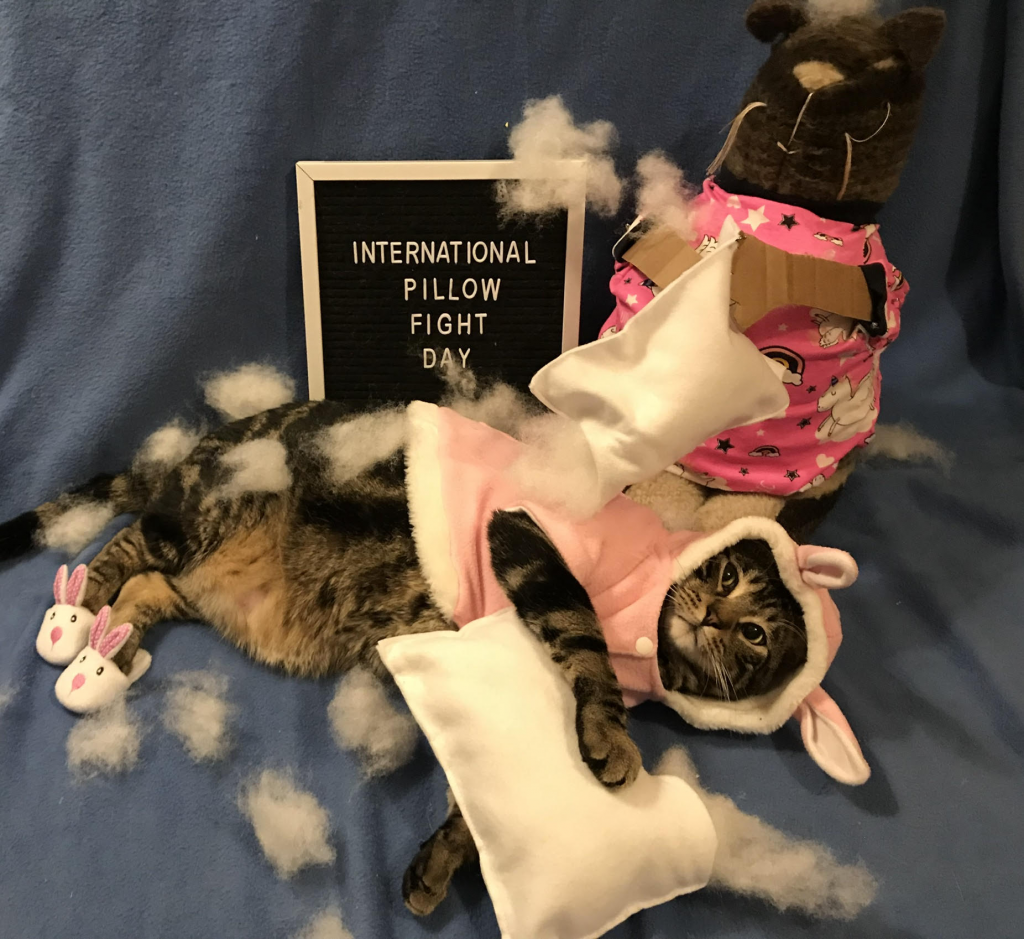 Finally, ‘fess up—how many shots does it take before you get a really good, post-worthy picture? I’m guessing there are ample outtakes?
“Not that many. On average, no more than ten—and usually fewer. I do have some good outtakes. A while back I did a whole story on his Insta. I really need to do it again and share all the funny photos.”

Five Things You Don’t Know About Me: Dr. Amber Botros

Want To Argue? KC’s Bracketologist Is Here To Help