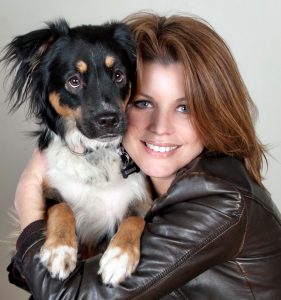 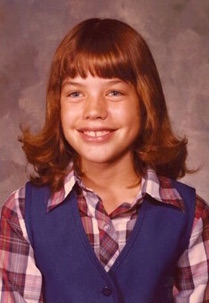 Topeka-native Jodi Vander Woude knew she wanted to be a photographer from age nine. “My father had a dark room and I wanted to learn all I could,” says Vander Woude. “I started working in studios at age 15 and the rest is history.”

Vander Woude’s storied career includes a 15-year stint working at Playboy Magazine where she was the publication’s renaissance woman. “I did everything from graphic design and producer to wardrobe and make-up,” she says. “For the last five years there, I was one of a handful of photographers for Playboy’s Special Editions.” When we asked Jodi about her favorite picture, it took her awhile to settle on the perfect one. “It’s like picking your favorite child,” she laughs. But this is the story behind her fave photo entitled, “The Tribal Chief’s Son”. 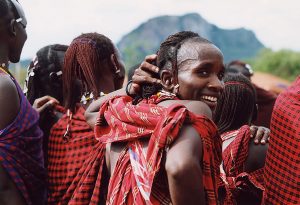 “It sounded like the most exotic photo assignment a girl could ask for—following a tribe in the Selous Game Reserve in Tanzania, Africa. The client I was shooting for did not expect this particular tribe to be alive for many more generations. They lived completely off the land and didn’t want anyone else coming near them including other tribes—uh, or photographers. They lived in huts made of mud and their diet consisted of rice and only what they could kill. Women never left the camp other than to walk to the closest watering hole to wash the few pieces of cloth they considered clothing.

My client was French and one of a handful of people the tribe would try and communicate with as he used the chief as a tracker for his safaris. I found out we would be following them for two weeks. We had to walk an hour each way every day so as not to invade the tribe’s privacy. We’d photograph them for four to six hours and were allowed to bring very few things along with us.

There was a definite language barrier. I spoke English. The client spoke French. The staff spoke Swahili. The tribe spoke none of these. I found myself—who normally talks too much—spending most days photographing in silence. Imagine spending two weeks following a group of people around with zero conversation. It taught me so much about the importance of non-verbal communication. I remember so many times wishing I could just chat them up. I wanted to ask them what life was like or what they were thinking. I had so many questions. So much of their day-to-day life was merely about survival. I couldn’t comprehend it.

My favorite photo is one I shot on our very last day in the bush. The older and younger members would rarely even look at you. Only a few men would even acknowledge me—one of them was the chief’s son. Towards the end of the day, the younger tribesmen were showing off a dance they would perform to attract their future wives. It was a rare moment where they all forgot about me and actually enjoyed themselves for once. The girls were giggling. The men laughing. In the middle of the dance, the son of the chief turned and when he saw me shooting him, he gave me a smile that exuded so much happiness and pride. 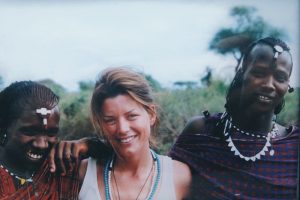 I will never know what the tribe thought of us or what became of them. Other than the chief and his son, no one in the tribe had ever seen a camera, a white woman or many of the basic survival items we each carried with us.

It remains my favorite photo assignment even though it was—and probably always will be—the most difficult shoot I’ve ever had. For me, this one image reminds me just how much you can learn from someone’s smile or look on their face. The happiness I saw through this man’s eyes told so much—without any sort of communication.”

IN Conversation with Actor Chris Bylsma

Whimsical, Colorful, Edible—How A Self-Taught Local Baker Is Creating Her Own Cake Empire