He’s the up-and-coming local actor whose trajectory is quickly moving into the stratosphere thanks to Marvel and now the Breaking Bad universe. Chris Bylsma, actor and filmmaker, is poised to go supernova in 2020.

Now living in Los Angeles, Chris journeyed from Topeka, Kansas, to the highly anticipated, methed-up world of Jesse Pinkman. Bylsma co-stars in the first film out of the much-beloved AMC franchise with El Camino: A Breaking Bad Movie.

Chris took the time to chat with IN Kansas City theater critic Lonita Cook about his forward momentum and staying grounded.

You’ve done some incredible projects from Godless to El Camino. I’m curious about this moment in any artist’s life—what does it feel like to have your star rising?
“It is very surreal. I don’t get mixed up in the idea of celebrity. I don’t think it’s productive. You can see the process changing beneath your feet. I’m getting auditions that I’m not even booking, but this is the goal, to be a part of this life. It’s a really great feeling.

To have gotten to film a scene in Godless, to have been a part of Vincent D’Onofrio’s The Kid and to get work with people like Ethan Hawke and now with El Camino. I’m a pretty huge fan of Breaking Bad. It was a big influence on me and how I approach filmmaking and acting. To be sitting there in El Camino—there was one on-set moment where Vince Gilligan and Aaron Paul stepped away for a second to chat just between themselves over something to do with the character Jesse Pinkman. My mind started wandering for just a second. I was thinking, ‘Wow, I’m sitting here with Vince Gilligan and Aaron Paul and I’m just a kid from Topeka—and a fan of the show.’ I mentally slapped myself back into the room because I was a peer right then and needed to be professional, but it was a really great feeling.” 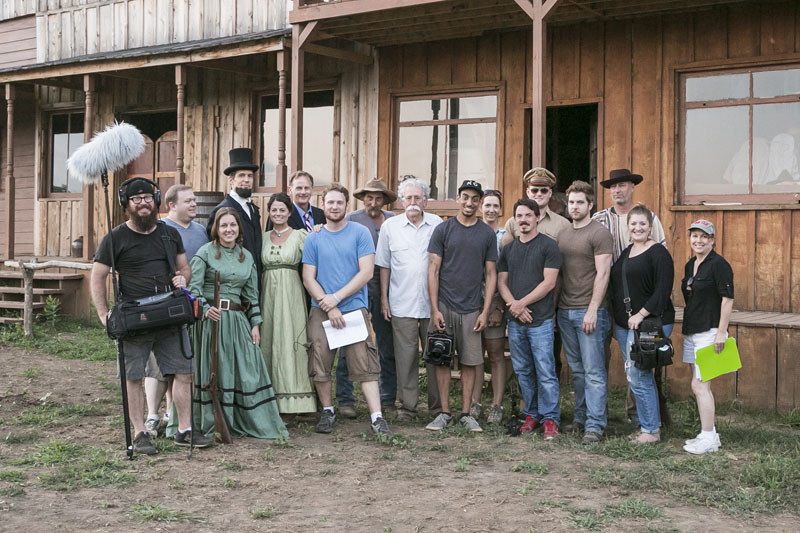 You’ve done just about every roll—you edit, you direct, you write. Did you find a mutual love for both in front of and behind the camera?
“I think it was kind of a mutual love. I worked on a lot of projects with a guy I was pretty close with, and he taught me a lot about behind-the-scenes—producing and casting and everything else. Hey, this doesn’t quite touch my passion for acting—but I think it’s all fascinating. I also thought it was valuable to learn everyone else’s job. That way, as an actor I can give them what they need and give me a greater appreciation for the hard work that they’re putting into it.”

You’ve said before that you became a generative artist. As a generative artist in a small, indie market for film, you tend to oversaturate. You have to migrate to a larger market, yes? Tell me about the transition from Kansas City and where did you go?
“That’s a great point. It was one of the most difficult decisions I ever made. It was tough for me to move from Topeka to Kansas City. I was giving up a paying job and Topeka had always been home. But Kansas City—man, that was an incredibly challenging decision because I found a new home there. I met so many amazing artists, and it’s an incredible city with lots of indie films and commercials. But I loved it, and they taught me everything. Kansas City was responsible for this new lease on life that I had. But I reached a point where I kind of hit a ceiling. I was oversaturating even things I loved, like the Kansas City Film Festival.

I decided to go to Albuquerque, New Mexico. I’d always heard good things about their film scene, and a lot of that is tax-incentive based. I wanted to get repped there and stay in Kansas City, but (agents) were like, ‘We’d love to rep you, but you’d have to move here.’ So, I started all over again in New Mexico.” 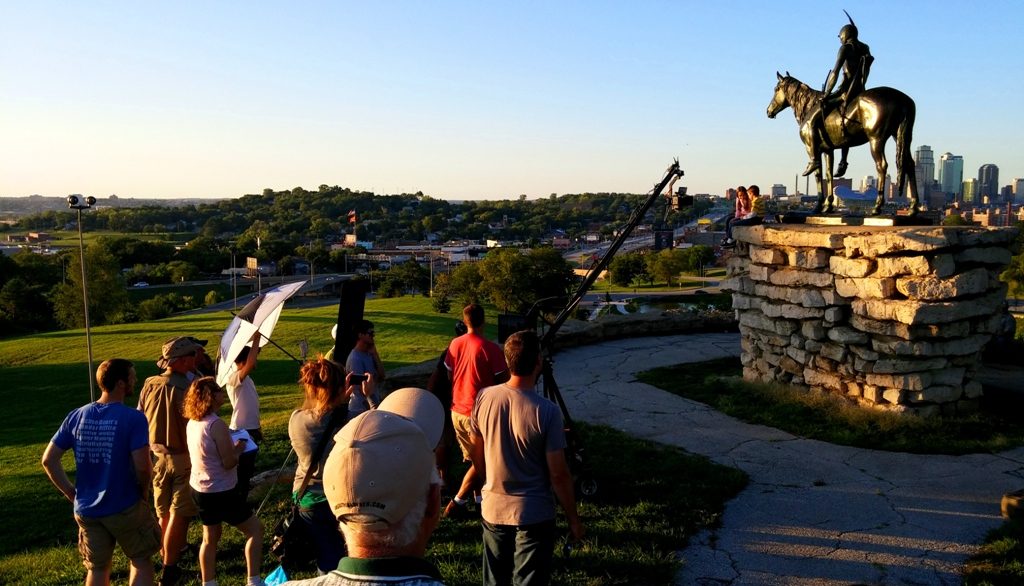 When you return to Kansas City, what’s changed?
“I do try to teach when I come back. I offer a workshop for as reasonably as I can. I want people to be invested in it. These are all the things I wish I’d known when I was starting off in KC. If I can get them to people much earlier in their career, they won’t have to make all the mistakes I had to make. It’s rewarding to me, and the way I can give back to the KC scene that I love so much.

Kansas City has always been good to me. More people know who I am now, but not a lot has changed. People don’t put me on a pedestal. I would find that weird. It’s grounding for me to return to Kansas City and make a film with the same filmmakers I did back when I lived here. People are just so grounded in the Midwest. Even though I have these credits, no one is freaking out over things that they shouldn’t.”

A lot of people believe Breaking Bad is the best show of all time. I think it’s okay to freak out a little bit with you joining the Breaking Bad universe.
“So many people have been happy for me and posting about it. I’ve certainly taken a moment to be appreciative of it. Because I had auditioned for Better Call Saul—which is not in the Breaking Bad timeline, but it’s in the universe—and I’ve gotten so close so many times. There was this feeling of ‘is it just not going to happen for me?’ And to finally get directly into the Breaking Bad universe with this movie is just crazy.

El Camino: A Breaking Bad Movie is out now on Netflix.