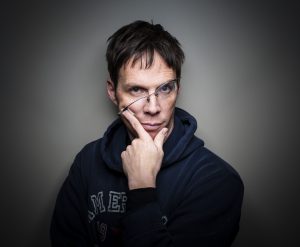 Photographer Jim Barcus knows a thing or two about being behind the lens of a camera. He also knows his way around the Kansas City metro. Not only did he get his BFA in Photography from the Kansas City Art Institute, he was also a staff photographer for the Kansas City Star for over 15 years. “I walked into the photo department at the Star asking for a chance at freelance work. I was told to get a pager and they would beep me if they needed me. Nobody beeped me for several days, so I went out and found my own newsworthy photo. I got published in the Star the next day. It seemed like they beeped me every day after that,” says Barcus. He’s photographed everything from teddy-bear parades all the way to covering the wars in Afghanistan and Iraq. For the last four years, he’s been flying solo. Barcus has been published in a wide variety of publications—such as the oh-so renowned Thrifty Nickel and even more-renowned Time magazine. “My grandmother’s favorite moment in my career was when Regis Philbin held up the New York Post on his TV show which featured my photograph on the front page.”

Given that he’s shot so many newsworthy pics over the years, he came up with a uniquely artistic one as his all-time favorite: 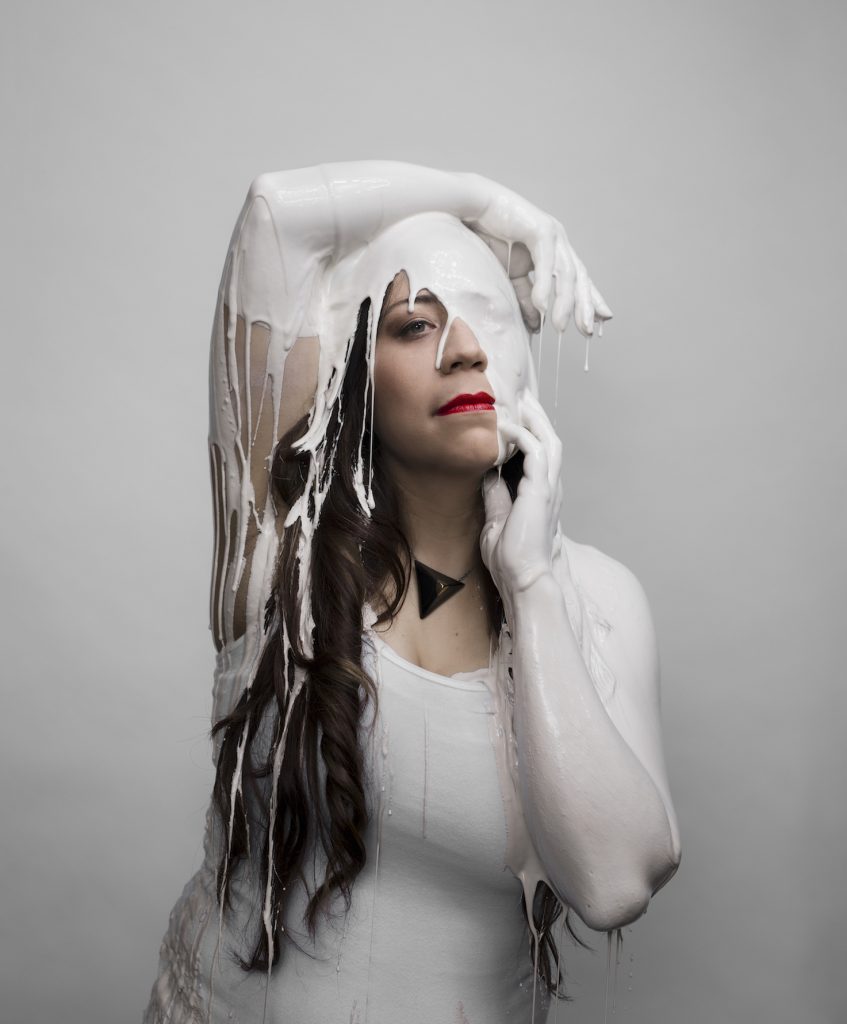 “KC Studio magazine, an arts magazine, asked me to photograph ceramics artist, Angelica Sandoval. Her work was being featured at The Kemper Museum of Contemporary Art at the time. I made an e-mail acquaintance with her—briefly explaining that I didn’t want to simply photograph her standing next to her art. Let’s not be boring, I said. If you give me time, we can work together and do something dynamic.

Angelica was completely on board when she wrote back to me saying, ‘I am not sure how familiar you are with porcelain slip, but it is a beautiful liquid white clay. It could also be interesting to do something dripping with porcelain.’ After all, this is what she was using to create her sculptures. And after I read this, I knew exactlywhat I wanted to do. I pitched a couple of safe ideas, but delicately tried to explain what I really wanted was the porcelain dripping across her body. However, the last thing I wanted it to look like was Nickelodeon’s Kid’s Choice Awards with—ugh!—someone getting slimed. Even worse? I didn’t want the reader to construe it as something else—white fluid running over a woman. Angelica agreed to the photo as long as it ‘was in a tasteful manner.’

The shoot itself took two separate days. My team tried to understand everything that the porcelain would do—the fluidity, drying time, etc. Most importantly, we couldn’t allow Angelica to move at all during the shoot. The shoot itself took 45 minutes. She stood inside a kiddie pool and we had five gallons of porcelain at our disposal. It was shot at a very slow pace. We were styling and controlling the porcelain throughout the shoot by repeatedly dripping more and more on her. Angelica had no input by this point since she couldn’t do anything but be a statue. I, meanwhile, was constantly walking back and forth talking to Angelica and the assistant about what was needed.

When the controlled mess of the shoot was done, Angelica got inside an oversized sink and rinsed off. She looked like a disaster, but she made the shoot extraordinarily easy. She never saw what we did to her until the photo was published a couple of months later.

Angelica wrote to me: ‘You definitely captured the seduction and beauty of porcelain slip!’

Five Things You Don’t Know About Me: Journalist Steve Kraske