Ever wanted to quit your job, hock your belongings, and travel around the world full-time? We introduced you to Kim Farrell and Mady Johnston who are brazenly doing just that for the next 18 months. IN Kansas City is following the adventures of these two travel buddies from Overland Park. 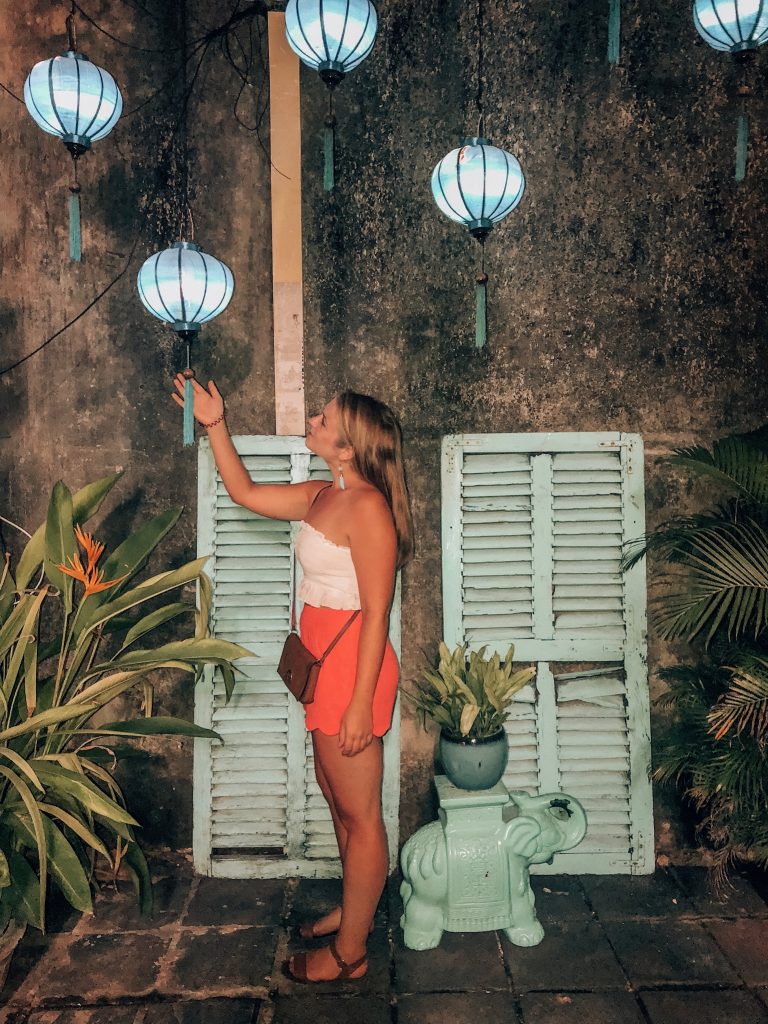 Since we last talked with Kim and Mady, they’ve ventured into the more travelled and developed parts of Vietnam. They have strolled under hundreds of lanterns in Hoi An, went to SunWorld Ba Na Hills (the Disneyworld of Asia) and journeyed in a jeep to soak up the epic coastal views along the Hai Van Pass. 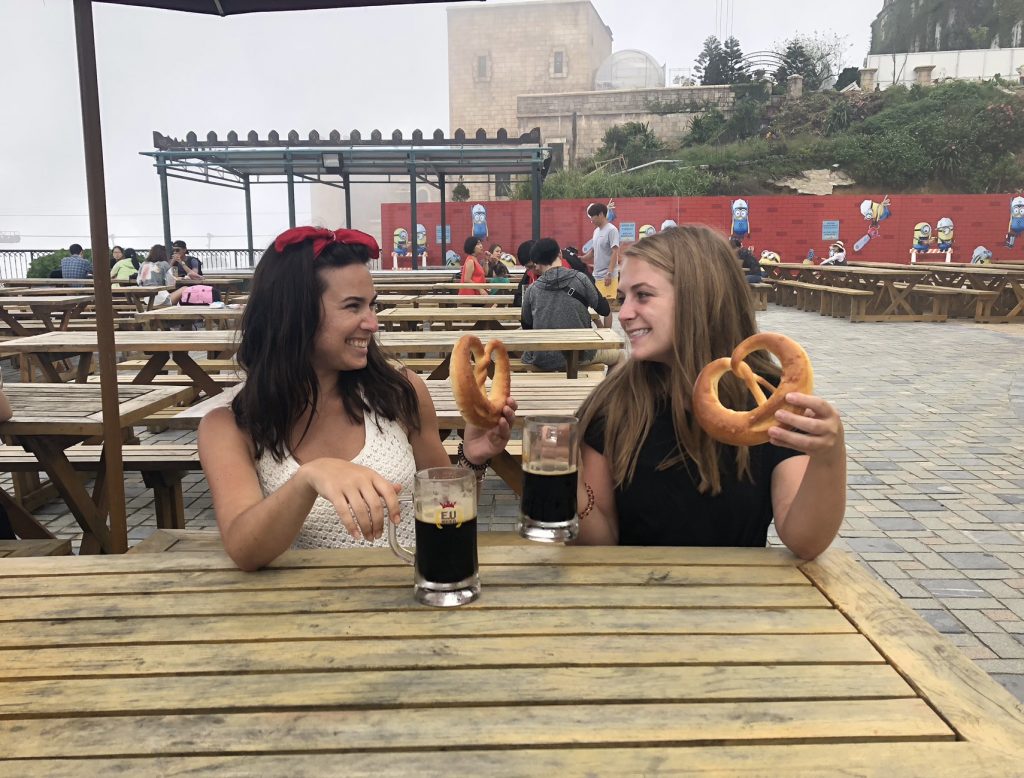 Kim: “What’s for dinner? This was my first and favorite question growing up and my favorite question at the Vietnam Backpacker’s Hostel in Ninhvana. There were rotating menus for lunch and dinner, so we never knew what was on the menu, all we knew was it would to be amazing. On our last night in Ninhvana there was a group of nine of us all “patiently” waiting for dinner to start at 6 p.m. The clock turned six and you bet we were the first in line for an Indian dinner that consisted of curry, mushroom masala, chicken masala, lentils, basmati rice, garlic naan, salad and onion bhajia. This was arguably the best curry we all have ever had—and that’s saying a lot coming from seven Brits, who have some of the best Indian food in the world in their backyard.

We talked with the staff about how amazing the food was and it turns out that the chef at this hostel was the former head chef at Harrods—a huge department store in London with a legendary food hall featuring chefs from around the world. He had retired from Harrods and moved to Southeast Asia for a slower pace of life, while still doing what he loves. Needless to say our stomachs were grateful for his decision and it just goes to show it’s never too late to change your route in life!”

Mady: “We stayed at Ninhvana, a backpacker resort, in Ninh Van for a few days. Picture the most remote plot of land between cliffs and on a beautiful beach. The resort offered daily activities, such as: cliff jumping, kayaking, yoga, and jungle trekking. We tried it all out and had good fun. But kayaking was the activity that definitely gave me a run for my money.

As fate would have it, I was paired in a kayak with a guy from Connecticut who had just as little kayaking experience as me. On our way back to shore, our kayak capsized, and my Ray Ban sunglasses fell off my head and settled somewhere about 12 feet beneath me on the ocean floor. If you know me at all, you know I’m persistent and always down for a challenge. So as our whole group kayaked away, we stayed behind as I dove over and over trying to find them. After about six dives, I luckily found my glasses and was a very happy girl. Lesson learned—only bring anything you’re willing to lose on a mid-ocean kayak trip.”

Currently in: Mũi Né, Vietnam
+12 hours ahead of Kansas City

Learn the Lingo:
*Bao nhiêu tiền (Bow ni ewie tient): How much is it?
*Coconut Coffee – Another must try coffee in Vietnam that consists of condensed milk, coconut cream and strong coffee. Each place puts its own unique twist on it. We found our favorite at Factory 43 in Đà Nẵng.

Last thing you ate?
Mady: “Vegetable fried rice with hot chilis. For breakfast. This is our lives now!”

Last thing you bought?
Vietnamese Rice Hat
Kim: “We spent many nights in Hội An wandering through the streets of the night market looking for things that were classic souvenirs with a twist. We came upon a rice hat that had unique stitching and knew this was what we spent nights looking for. It was a steal for ₫80,000 VND ($3.45).”

Learn the Lay of the Land:
Kim: “Would you ever put ice in your beer? In Vietnam when a group of friends are together and having a drink, it’s custom to open one beer at a time and have one cup of ice for the whole group to share. One friend will fill the cup of ice with beer, drink it quickly and pass the cup to the next person in the circle. What about ice melt in the beer? Because everyone drinks quickly, there is no time for the ice to water down the beer. Try this out at your next pregame.”

Last Night’s Stay + Cost:
Mojzo’s Dorm– $4 USD/night
Mady: “Ugh —last night. We took a shuttle from Ninh Van to Nha Trang, where we planned to take an 8 p.m. sleeper bus to Mui Ne. We had 3 hours to kill between the shuttle and the bus, so we went out to dinner with some friends going on the bus, killed a bottle of wine and frolicked around town. We showed up to the bus stop at 7:55 p.m. only to realize that our bus company was different from the ones our friend had booked. Meaning that we needed to be about 20 minutes across town with only five minutes to get there before the bus left. Perfect.

Long story short—we finally arrived at the stop at 8:30 p.m. and the bus was long gone. We had to stay the night in Nha Trang and catch at 7:30 a.m. bus the next morning. Wasn’t ideal but thank god we weren’t on a tight schedule, so we had time we were able to waste. We arrived in Mui Ne by 2 p.m. the next day—about the time our friends were waking up anyway, so we didn’t miss out on much.”

Wizard of Oz Tally: 31 (and counting)
“While we know Kansas City has a lot to offer, the majority of the world immediately affiliates us with one thing—The Wizard of Oz. We’re keeping a real-time tracker of all the Dorothy, Toto, and tornado references made to us along the way.” 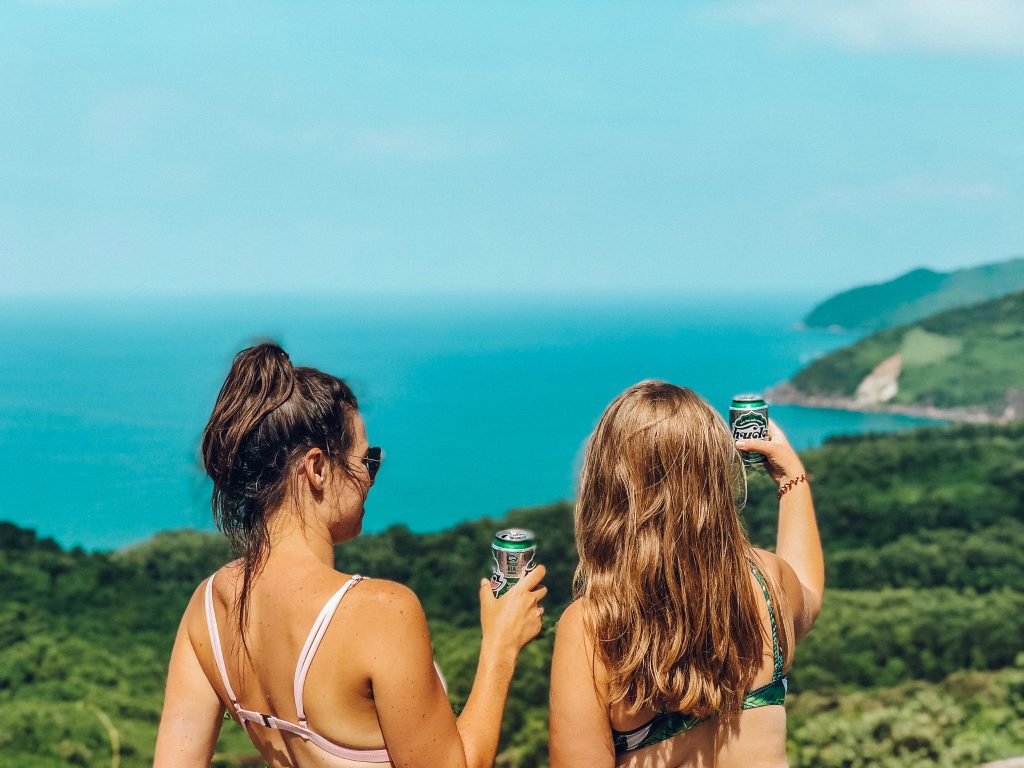 Next up?
Mady: “We just arrived in Mũi Né—known for an extensive beach coastline, gnarly sand dunes and the Fairy Stream. The Fairy Stream is said to be like a miniature Grand Canyon and neither of us have been there before, so we’re eager to see what it’s all about. Excited to share more next time!”