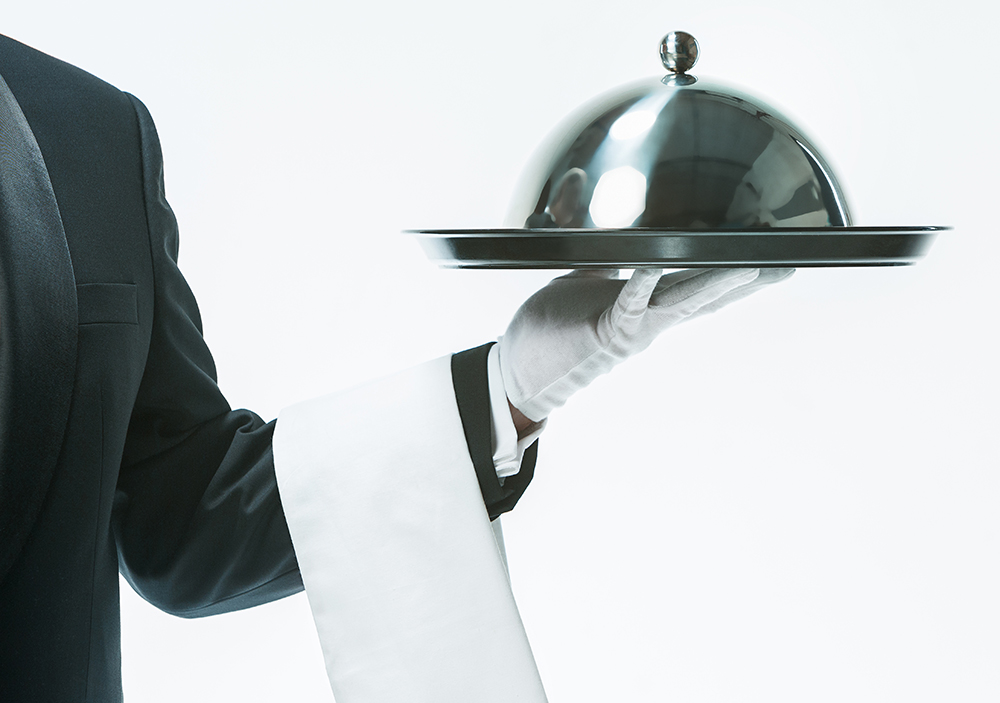 Fifty years ago, diners oohed and aahed at a flaming dessert or Caesar salad prepared tableside, scarfed down sweetbreads and frog legs, and let the experts shuck their raw oysters.

At restaurants all over the metro, tastemaker chefs are bringing back vintage dishes, each with a new, signature spin.

“I have become more and more intrigued with what is apparently vintage cuisine,” says Linda Duerr, the executive chef at The Restaurant at 1900 and a recent James Beard Award nominee. “I hate the thought that some great dishes still fashionable when I was in the early stages of my career would be going away for good. And I am amazed when I hear that some of the young cooks on my team have never worked with this or that herb, spice, or fish, simply because it is no longer—quite frankly—fashionable. That makes me immediately want to buy it, pick it, cook with it, put it on my menu.”

It seems she’s not alone.

When Kansas City was truly a cowtown, oysters packed in barrels and traveling by train were saloon food. Not any more. And no longer do you have to remember a month with an “R” for oyster eating safety. “The oyster world is exploding at the moment,” says Michael Smith, the executive chef and owner of the new Farina. “FedEx and UPS changed all of that along with the ability and willingness of the oyster farms to ship direct. We get oysters shipped three times a week. And they are one to two days out of the water.” Smith prefers the term “raw bar” and plans to pair raw seafood with ingredients like yuzu, miso, tare, bonito flakes, aji Amarillo, esplette pepper, togarashi, cured lemons, dashi, and turmeric “to help us create dishes that are ‘modern,’” he says. 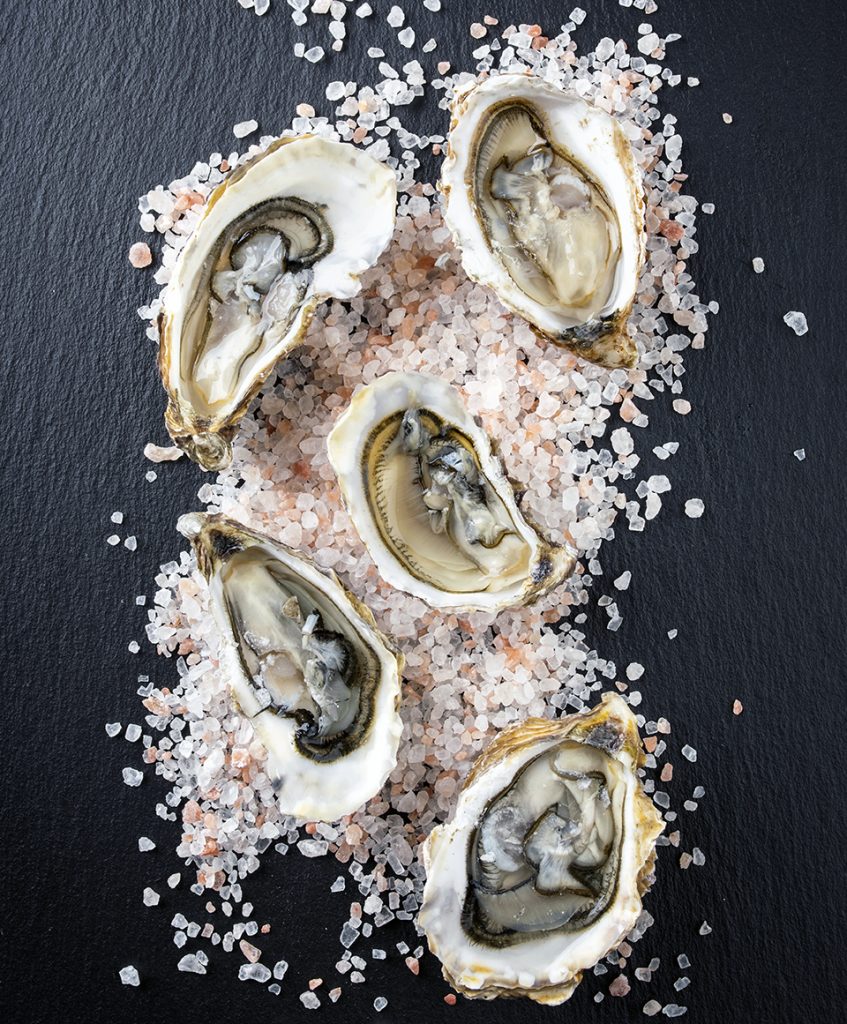 Let Me Entertain You

Back in the day, fine diners expected a little entertainment with their expensive meal. If live music was not on offer, then there had to be a little culinary theater. Smith will also be reviving the tradition of foods served with panache from a gueridon or serving cart at Farina. “I made my own wooden gueridon and it’s pretty cool, if I say so myself. I’m excited to put it into play,” he says. Expect whole roasted meats, cacio e pepe or risotto in a pecorino wheel, tableside Caesar salad, and flaming desserts.

Katee McLean, chef-owner of Krokstrom and Vildhäst, is known for her fresh interpretations of Scandinavian comfort and street foods. But a ’70s Swedish casserole had her scratching her head—until she tried it. “The Flying Jakob is a very old-school, home-cooking recipe that I’ve brought back to life,” she says. In 1976, a man called Ove (Jacobsson, an air freight worker) contributed his party casserole recipe he named the “Flying Jakob” to the Swedish magazine Allt Om Mat (All About Food). The ingredients included cooked chicken, Italian herb seasoning, bananas, heavy cream, bacon, chili sauce, and a topping of roasted peanuts. It sounds ugh. And it comes out of the oven in day-glo orange glory. “But it’s delicious,” insists McLean. “And I’ve made it look much more appetizing. Somehow, it all just works. Customers love it.”

Carl Thorne-Thomsen, chef-owner of Story in Prairie Village, has championed sweetbreads on his menu. An organ meat, sweetbreads were once the province of farm cooks or hotel chefs. They need special preparation to be delicious. They’re gently poached, trimmed of a membrane, and then what comes next is up to the chef. “For a while now,” says Thorne-Thomsen, “we have given sweetbreads the ‘marsala’ treatment—floured, fried, and sauced with a reduction of marsala wine, veal stock, and butter. We also complicate the plate a bit with the addition of lardons made from our own in-house pancetta, pickled onions, and mushrooms, and a bright, rich leek puree.”

“When thinking about using retro ingredients or old-school methods,” continues Thorne-Thomsen, “I don’t think about them in a freshening-up sense. Rather, I think about what I like about the classics, what makes them memorable and meaningful to me, and how I can continue to convey those features. When we serve them a bit crispy, I hope we are highlighting that interior creaminess.”

Duerr has recently put buttermilk fried sweetbreads on the menu at The Restaurant at 1900, with a contrasting straight-from-the-’70s Russian vegetable salad dressed with lemon dill mayonnaise. “Russian salad!  Paired with sweetbreads?  Hell yes!  Just a few tweaks and I’ll have something nostalgic for our older guests and completely unheard of for our new guests. And there you have it,” she says.

Jumpin’ On the Frog Legs Bandwagon

Fancy hotel menus used to feature frog legs; Parisian bistros still do. But the dish fell out of favor in Kansas City until Calvin Davis, recent James Beard Award-nominated chef at Freshwater, brought them back. “I grew up in the country eating fried frog legs with hot sauce,” says Davis. “Now I make them in a more upscale way that speaks to the history of the Midwest. I might dredge them in arrowroot and fry them and try to create the flavor profile of my childhood dish, but make it new with hop-pickled cucumbers and house-made fermented hot sauce or an arugula crema.”

Homey or high-style desserts can also get a makeover. Jessica Armstrong, co-owner and pastry chef at Novel, took the best of both worlds to create the fusion Pineapple Upside-Down Carrot Cake. “I like the combination of the earthy carrots and sour pineapple,” she says. “I decided to make the frosting in ice cream form, so I made a cream-cheese sherbet with buttermilk. The five-spiced cashews add spice and crunch. The sweet basil sauce makes it even more flavorful.”

Baked Alaska, once a show-stopper restaurant dessert, reclaims its status at The Savoy at 21c, one of Kansas City’s most historic restaurants. According to chef Joe West, “There is something fun and whimsical about reimagining an iconic dish like Baked Alaska.” He makes the igloo-shaped cake topped with ice cream and mounded with torched meringue new again with different flavor combinations. Lavender in spring, peppermint in winter, and a play on s’mores “by lightly smoking the graham-cracker ice cream, using a flourless chocolate cake base, and slathering the whole thing with our house-made marshmallow fluff,” he says.

Everything’s up to date in Kansas City, especially the food.

Our Man in KC: Tivol and Waldo Thai