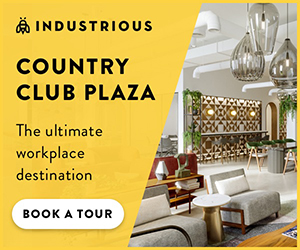 SoT (1521 Grand Boulevard) takes its name from the 15th century British English term for a drunkard. Or, maybe it stands for the more straightforward South of Truman. Either way, it means one thing to patrons of the Crossroads bar—cocktails as visually stunning as they are delicious.

The brainchild of acclaimed photographer Ron Berg and his wife, Sheri Stamper, the cocktail lounge opened next door to Ron Berg Studio and Berg Event Space in 2016. Since then, it’s attracted a mix of patrons as eclectic-cool as SoT itself, those who live and work around the Crossroads as well as guests in pursuit of a cocktail experience that still seems like a well-kept secret, despite its many fans. Perhaps it’s because of the charming patio, open seasonally. Inside, the bar is modern with exposed brick, brightly colored banquettes and a comfy mix of chairs, but step outside and it becomes an urban oasis illuminated by string lights, which feels tucked away even in the heart of bustling downtown Kansas City.

SoT is a bit like a glamorous choose-your-own-adventure, from how you pronounce its name (“sät” or S.O.T. are both acceptable), to which of the signature seasonal cocktails you’ll decide to imbibe. Many bars promise artfully crafted cocktails, but SoT actually delivers drinks on the verge of being works of art, thanks to the playful creativity of the team behind the bar. While you can get a glass of wine from the paired-down list or a draft beer, as well as elevated bar bites, the cocktails (and bartenders) are undeniably the star of the show.

For those who can’t bring themselves to choose, there’s the option of having a custom drink made based on your tastes and willingness to try something new. It’s a less intimidating process than it could be thanks to the friendly, knowledgeable bartenders. Consider it your little secret. 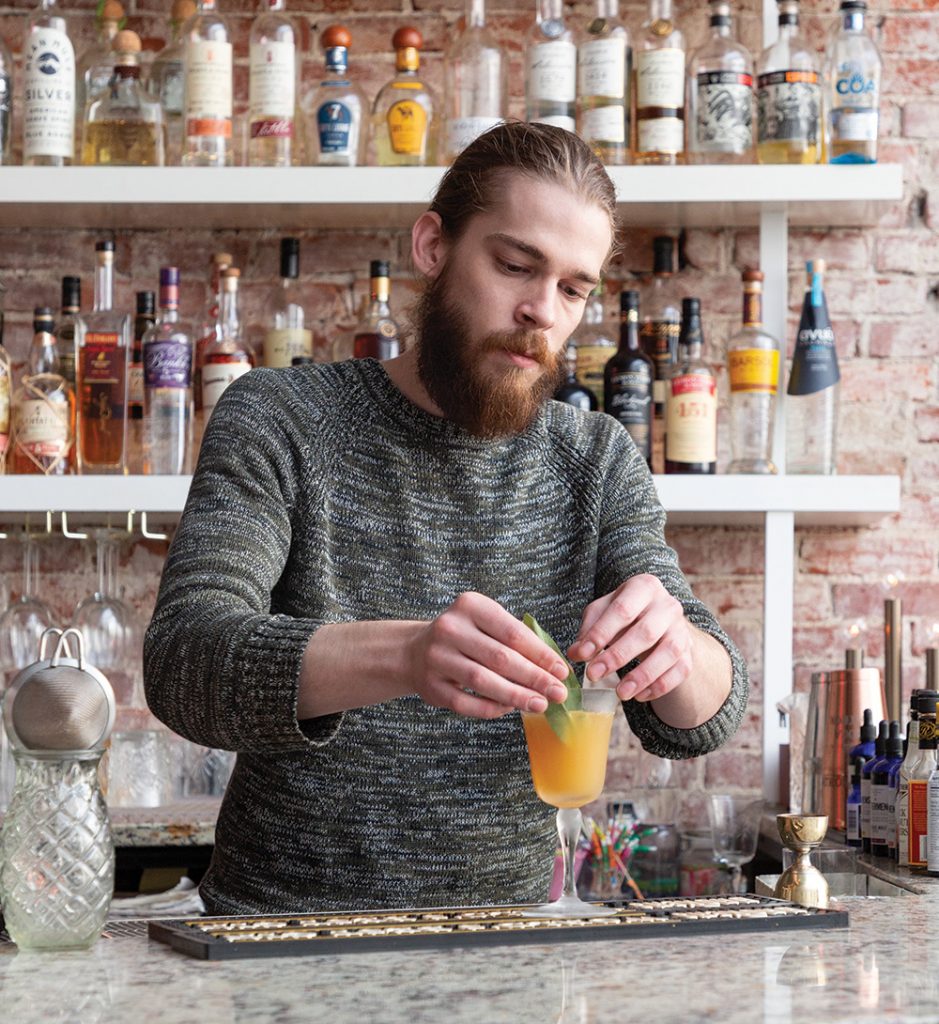 Ladder to the Moon

For SoT general manager Jacob Stanton, an exploration of art, particularly the works of Georgia O’Keeffe, during a recent trip to the Southwest provided a spark of inspiration that resulted in this new seasonal cocktail.

“As I started to contemplate the flavors that I wanted to use, I read a story of how O’Keeffe was commissioned by Dole to compose a painting of a pineapple in 1938. Dole paid for an all-expenses-included trip to Hawaii, which shaped a large part in the rest of her career,” he explains. “Because of her association with pineapples, I started with Plantation Pineapple Rum. From there, I wanted to include the two most iconic flavors of the Southwest region: green chilis and sage.”

The drink is simply composed, since it’s not far off from a sour build, Stanton says, but like O’Keeffe’s paintings, it’s rich in meaning.

Combine all ingredients into a shaker with ice and shake. Double strain into a stemmed glass. Express a single sage leaf over the glass and float.