Unlike women, grown men need an excuse to hang out together. A book club for guys is just the ticket. Who knew? 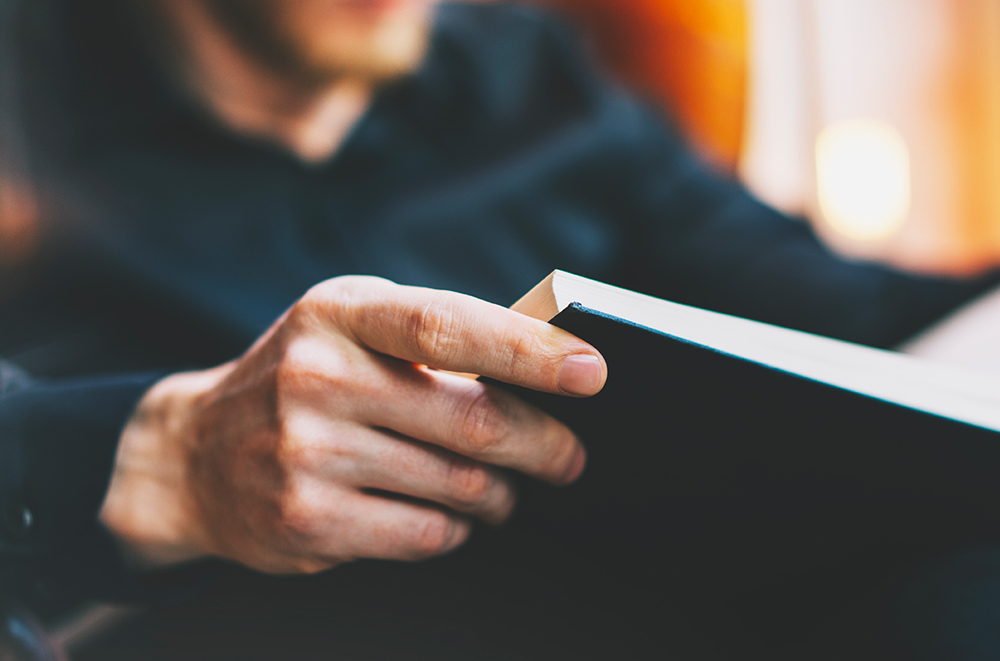 That’s a terrible idea, darling. It will never work.

This is what I said to my husband one day in 2004 when he announced his plan to start a book club for guys. “It will last for one or two meetings, then fizzle out,” predicted I, ever the supportive wife. “Best not to start it at all.”

Well, he started the club anyway, naming it “The Symposium.” The first meeting was at our house. The selected book was Sailing the Wine-Dark Sea: Why the Greeks Matter by Thomas Cahill.

The Symposium didn’t fizzle out. In fact, it turned out to be a brilliant idea. These many years later, Jim Jackson’s Folly is going like gangbusters. The boys convene the second Thursday of every month, and the membership has grown from six to around 14.

Better Than Poker Night
At the time JBJ started The Symposium, neither of us had ever heard of a book club for men. But I googled “men’s book clubs,” and up popped an article in the New York Times about how popular they are. In NYC, maybe. I know of only one other such club in Kansas City or surrounding environs. Which is a pity, because I would advise practically all grown, literate males to be in a book club.

After witnessing the success of The Symposium, the undimmed enthusiasm its members show for gathering together month after month (they only lost one meeting during the height of the pandemic), I now am persuaded that men benefit from book clubs even more than women do. Perhaps it’s an estrogen thing, but most of us chicas develop strong social and support networks, almost without thinking. The majority of men seem to have a rougher go of it, especially if they don’t hang out at bars or play golf, tennis, or poker.

Stale Triscuits, Peanut M&Ms and Single Malt
The Symposium meetings begin at 6:30 p.m., so each member, when it’s his turn to host, is obligated to provide some sort of dinner (another idea I told Jim was madness). Many of the boys serve carry-out barbecue or Chinese food. A few like to cook and will make hearty stews, savory casseroles, pots of chili. Then there’s a guy—I believe he has a generous trust fund—who hires a caterer and a retinue of serving staff, including a bartender.

One might expect to be feted with something really special at Jim Jackson’s house, on account of he’s married to a gal who writes a magazine column on entertaining. Such expectations would be sadly misguided. When it’s the hubster’s turn to host, he gets on the horn with Pizza Hut, orders a half-dozen meat-lovers pizza pies and calls it a day. One time recently, however, he called 648-8888 with his usual order and the delivery guy did not show up. Ever. I got home at 9:30 p.m. and they were eating stale Triscuits and Jim’s “dessert,” a large bowl of peanut M&Ms. Still having a great time, though.

Like most of his Symposium brethren, Mssr. Jackson is far less concerned with the food than he is with laying in an abundant and varied supply of beer, whiskey and single-malts. This club ain’t about the food. It’s really not that much about the book. The American Heritage dictionary defines “symposium” as a convivial meeting for drinking, music and intellectual discussion among the ancient Greeks. Take away the music and the ancient Greeks, and you’ve got Jim’s book club.

Politically Incorrect
The Symposium’s membership includes gentlemen from many walks of life, although there is a preponderance of lawyers (like Jim), doctors and small-business owners. There are conservative republicans, liberal democrats, and everything in between. As with most book clubs, the selected volume becomes a launching point for discussion of myriad topics. In this group, the discussion can get contentious.

At least I’ve heard it can get contentious. I’ve not actually listened in. When Jim hosts book club, I make it a point to exit the premises before the first Symposian arrives. I think all the wives do. I’m not sure I would want to hear what they say.

“The book club allows us to get boorish about subjects,” says Jack Cashill, a charter Symposium member, who loves himself a controversial topic. “War, history, politics, and other adventures in which lots of people end up dead at the end of the story—without having to suffer the disapproving glances of our significant others, all women, as it happens.

“Even more importantly,” he says, “the club indulges its members’ fondness for the kind of funny, frank, alcohol-fueled, un-PC conversation that could get us fired from any business, public or private, we did not actually own.”

Quien es mas macho?
The first thing to know about starting a book club for dudes is you can’t actually call it a book club. Too girly, without question. You have to come up with something masculine-sounding. “The Symposium” is already taken, fellas.

I was reading about a group of guys in West Virginia who call their book club Basketball Practice, particularly amusing since they all happen to be on the short side and decidedly unathletic.

The muy-manly British writer Guy Walters belongs to an all-male book club in Wiltshire, England called The Dissectors, which has its own monogrammed tie (a quill pen with a blade on the end!), a charter and an elected chairman. When I mentioned that to Scott Ashcraft, a physician and a seasoned Symposian, he said “we’re doing good to get the book read.”

I’ve read about clubs that focus on novels, and one that reads exclusively sports-related non-fiction. The Symposium tends to choose history and biography. Circa 2005, I remember seeing in Jim’s reading stack the latest book club selection, Ron Chernow’s biography of Alexander Hamilton. “Sounds like a snooze,” I thought. Huh, wrong again, Merrily. Now I drive around with that soundtrack in my car.

There are so many great books in every genre, and so much enjoyment to be had from reading and discussing them. Without the discipline of a club, many of us men and women alike—might not otherwise read. A book club is never a bad idea. Do not throw away your shot! 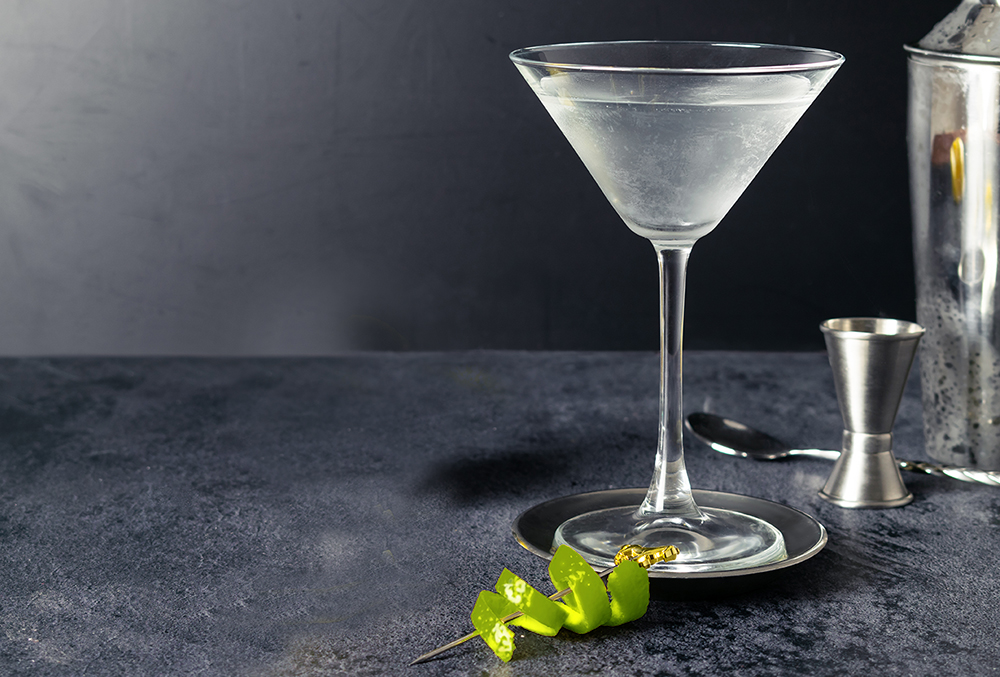 The Perfect Cocktail for a Book Club

With just three ingredients, this drink could be easily proffered from a serve-yourself station, assembled in advance by the host.

In a cocktail shaker filled with ice cubes, pour the vodka, lime juice and dry vermouth. Shake well. Strain into a chilled martini glass. Garnish with a lime peel and serve.