Chef Katy Schweikert has quite the culinary pedigree—including being a master chocolatier. (Naturally, she learned from the best—with an eight-year stint under the watchful eye of Christopher Elbow.) 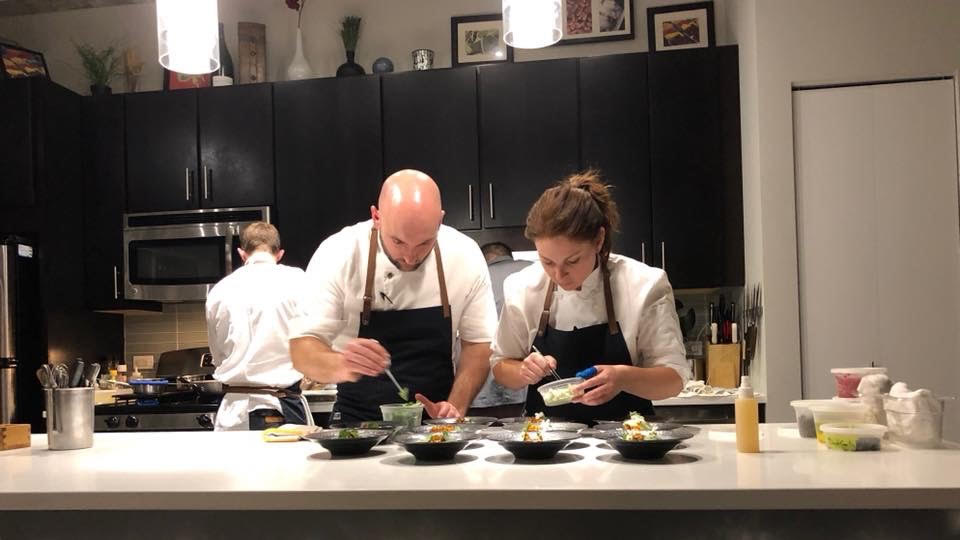 After working her way up the ranks and for several well-known chefs (including Top Chef’s Joe Flamm), Schweikert has returned home and shifted gears a bit. She’s found a niche teaching a myriad of ingenious cooking classes. 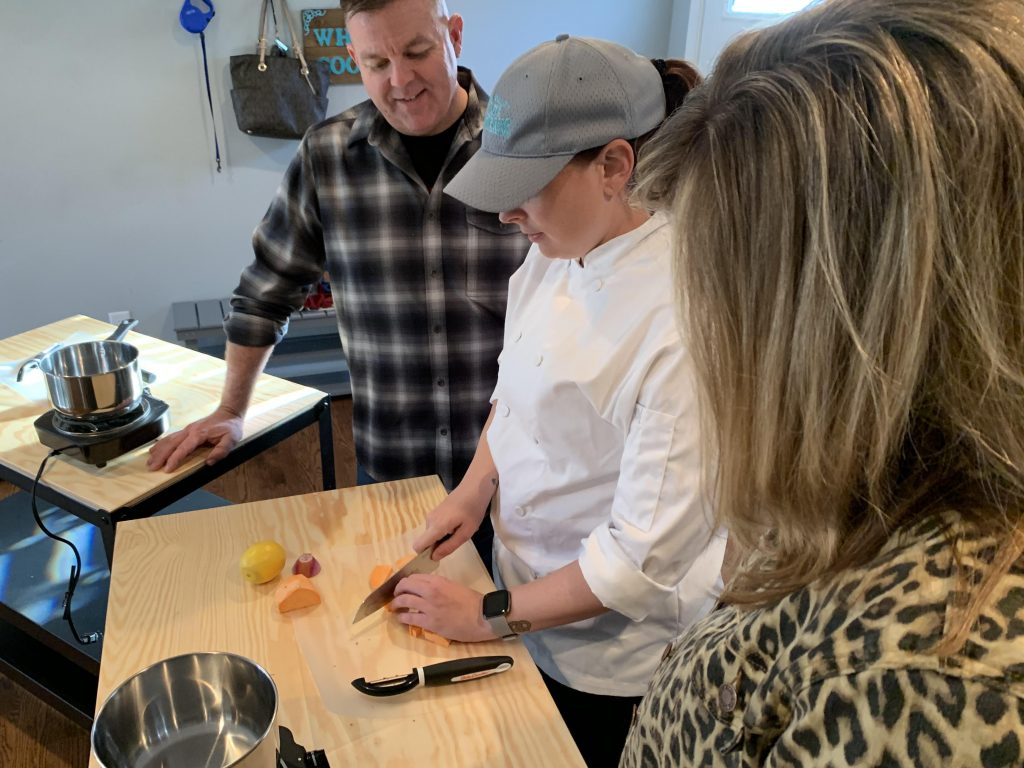 If you’re a newbie, never fear. Schweikert says everybody has to start somewhere. “Family night dinners, Sunday dinners—I want to bring memories back to the kitchen. The Food Network has made cooking glamorous, but sometimes out of reach with the average cook,” she says. “So I teach people who can’t boil water to learn pastry skills and/or whip up five-course meals to enjoy.” The goal? 1) Be creative and 2) make it comfortable for those who might be intimidated in the kitchen. 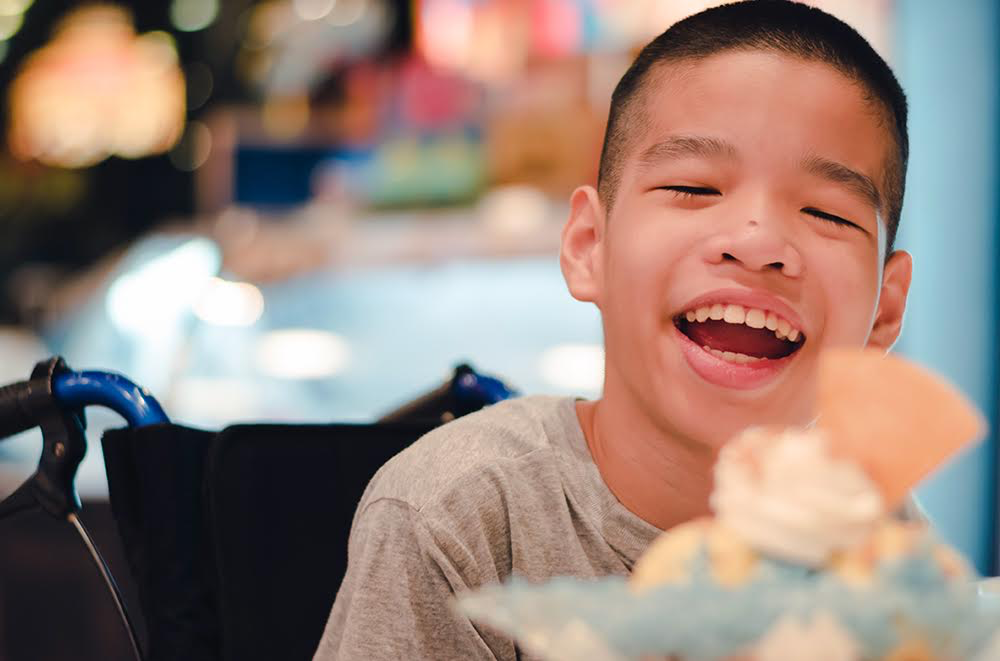 One of Scheweikert’s most popular What’s Cookin’ classes, however, is something that’s near and dear to her heart. “I teach children and adults with special needs how to cook. No one seems to think that’s possible, but I see it differently,” she adds. “They just need patience and a different way of communicating for them to understand what to do.”

Schweikert not only has a brother who is autistic, but she’s also coached Blue Valley Special Olympics for over eight years. She sees her role as a chef as just another outlet for special needs kids to learn fun, yet necessary cooking skills. “They have such big hearts and are so eager to learn everything you can teach them,” she says. “I always want my brother to have a place to work. So if my business grows, I can hire special needs to help me prep and clean.” 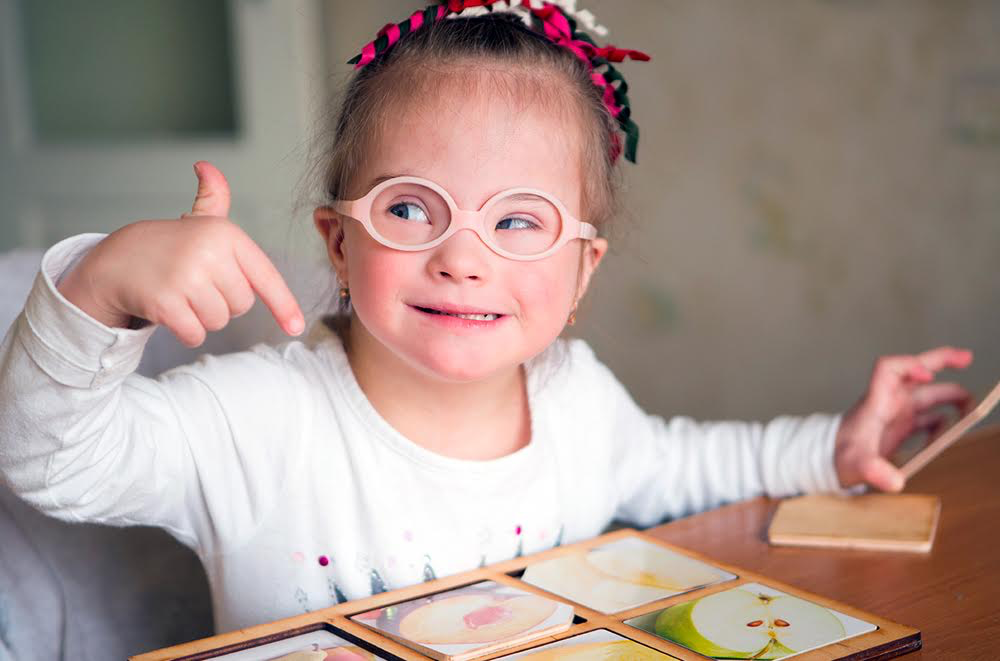 Class sizes are typically intimate and hands-on—which affords plenty of time for Schweikert to break things down. “It’s a comfortable setting to laugh and learn,” she says. “I want people—parents, kids—to leave with a smile and to talk about how much fun they had and what they learned. Plus, talk about a win-win! They can take those skills and teach their children, grandchildren, or friends.”

Response has been amazing and Schweikert isn’t the least bit surprised. Her special needs cooking classes are now on par with her popular Girl’s Night Out classes. “And those feature wine!” she says, laughing.

Besides her culinary prowess, Schweikert also competes in bodybuilding competitions and holds court as the reigning Ms. Kansas United States. It’s a far cry from where she was a few years back. “Since I cook and bake so much, it started affecting my weight five or six years ago,” she says. “So I decided to do bodybuilding to keep it at bay.” Schweikert has a whopping eight shows under her belt and is “training for my ninth at the moment.” 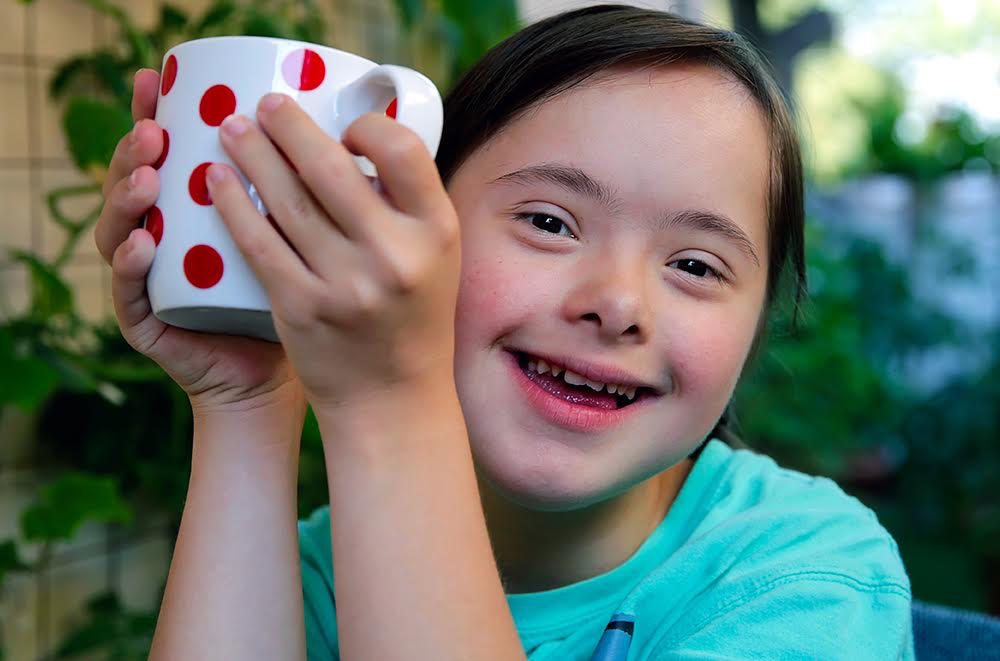 At the end of the day, Schweikert says her goal is to educate the general public about the art of cooking and conversation—and of course, to spread the word about her special-needs cooking classes. “People can help by telling a friend who has a special-needs person in their life to come in and give it a shot,” she says.

The culinary spitfire says that this is just the beginning. She predicts big things in the near future—especially given the buzz about her classes. “I hope that this will be huge,” says Schweikert. “Maybe a culinary school will be encouraged to expand programs to the general public or special needs. Let’s make this a movement across the country.”

Meet the People and Businesses Putting Kansas City on the Map