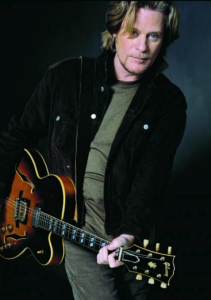 Daryl Hall has been part of our music culture for nearly 50 years, as a member of Hall and Oates, as a solo artist, and, most recently, as host of the online live-music show Daryl’s House.

Hall and Oates haven’t released a proper studio album in 14 years, but they remain an active touring act. On July 20, they performed at the Sprint Center, their first Kansas City show since 2012. Several weeks before the show, I talked to Daryl Hall about the tour, music critics, the death of mystique and the revival of Daryl’s House.

The last time I saw Hall and Oates, in 2012, I was surprised by the number of younger people in attendance, many of whom weren’t even born when you were at the peak of your popularity. What do you see when you look out at your crowds?

Every tour I see more and more kids—what I call kids—and fewer people who were around when we first started. There has been a gigantic generation shift with my audience, which makes me extremely happy—not being a particular fan of my own generation, to tell you the truth. I’m happy to see it because they relate to things differently. A completely different response has evolved over the years.

I’ve always been popular with people, not necessarily … critics, who had different agendas, but people always understood my music. It’s about true emotions, real things that happen to real people, what really matters to people. When people come into it with no pre-conceived notions, when they hear a song they like and no one is telling them whether it’s good, bad, sideways, or whatever it is, they hear it in a natural way and that’s what seems to be happening.

I wasn’t aware of any critical backlash back then. What were their complaints? 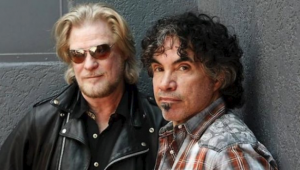 It must be satisfying to get praise from fellow artists like Wyclef Jean and Questlove.

I’ve always interacted with the black community. For any R&B artist or black artist to say they were influenced by me or understand me is not surprising

Back when you started, there was still a lot of mystique surrounding rock stars. Do you agree that there’s little of that today?

When there were a few formats or only a few channels on television and a few record companies and some regional ones, the wall between audience and artists was gigantic. Because of that, a mystique developed because people always try to fill a vacuum.

These days there is no privacy whatsoever. How can there be mystique when there is no privacy? I’m no Twitter guy; you won’t see me out there doing that. But that doesn’t mean people don’t know a lot about my life and who I am and what I think about. I don’t try to fight that but I don’t actively participate in it.  It’s a completely different world.

However, you used the web to your great advantage when you started Daryl’s House.

I realized the internet was changing everyone’s perception of everything, and I felt I wasn’t being perceived the way I wanted to be. I was filtered through the opinions of media.

The internet allowed me to take charge of my own personality and bring it into the most intimate setting, which is your house. You can’t do any better than bringing people into your house and feeding them and having your mom be there and your friends be there. And intersperse that with Smokey Robinson or god knows who—all the 85 people who have come to my intimate place. … And you finally realize that you really get to know who these people are, whether it’s Smokey Robinson or me or my band members. You learn things about people, how they act when they just hang out and tell stories and eat and drink. It came to me in a big giant flash of understanding. And that’s why I created the show and why people like it.

And I’m going to continue with it. It’s going to start again. I’ll start the next season soon.

Do any one or two episodes stand out?

Every one stands out. It’s an indescribable thing for me. I get to interact and collaborate. I love collaboration—to interact with people you may not know in a lot of cases and to not know what’s going to happen, which allows this amazing act-on-the-fly kind of feeling. Every show has been stimulating for me.

Is there someone you really want on the show that you haven’t been able to land yet?

There are some people I’ve been circling around and want to do it, but their schedule is impossible. I don’t have any real “gets.”  I like to work with whoever decides to work with us.