Viper, written by Lindsay Adams and directed by Lydia Miller, rotates with Merely Players by Katherine Gwynn, directed by Emily Swenson. The goal is for the first time to offer two plays by local woman playwrights in repertoire.

Viper ties today’s socio-political events to the historical dangers facing women in a Northern English countryside in the 1880s.

Merely Players picks up where Shakespeare’s As You Like It leaves off. Post-matrimony, poor Phebe is wed to a man she does not love and is pining for the Ganymede she does. 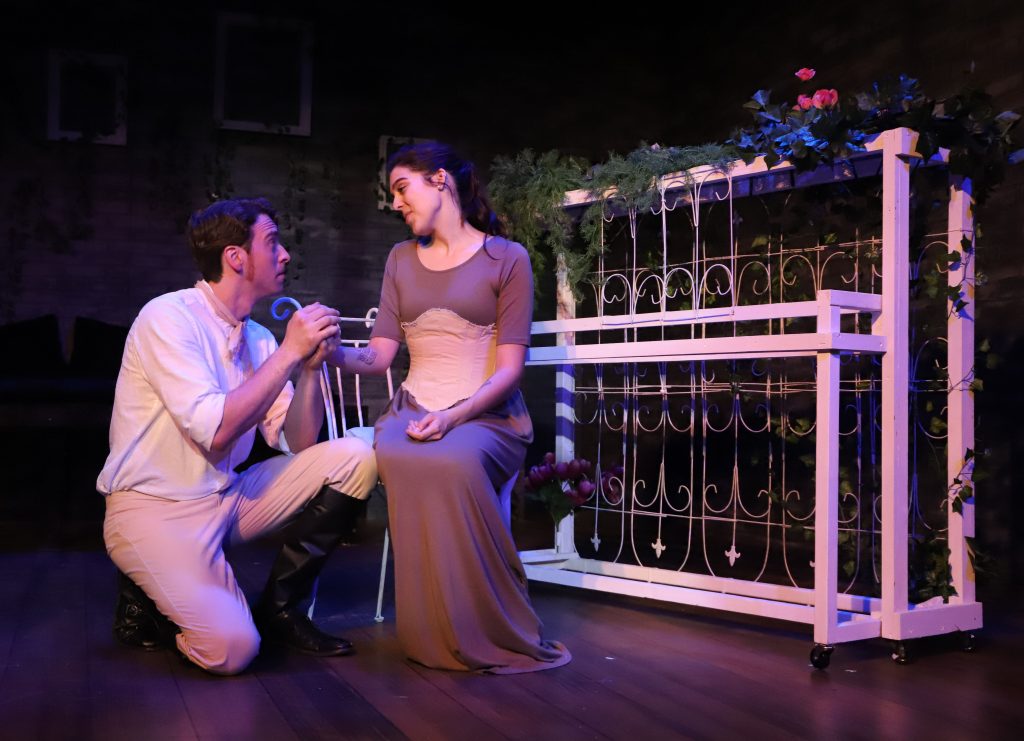 Lilly (Lindsay Jane) marries an affable Ádhamh (Jordan Fox). As responsible men do, the new husband throws himself into his work in hopes of providing everything his bride could ever desire. Oh, for shame. He galivants off for months at a time, leaving his love growing lonelier and lonelier with nothing to keep her company in her garden but the cuckoo and the viper.

The Forest of Arden becomes a playground to shed false identities, fantasies, and clothes. Arden is where the truth becomes real.

Both plays are based in a thoughtful feminist aesthetic, and they have the corroding effect of being stuck in an unnatural lifestyle in common. Love and marriage are prisons in both, a notion of freedom executed with chains. 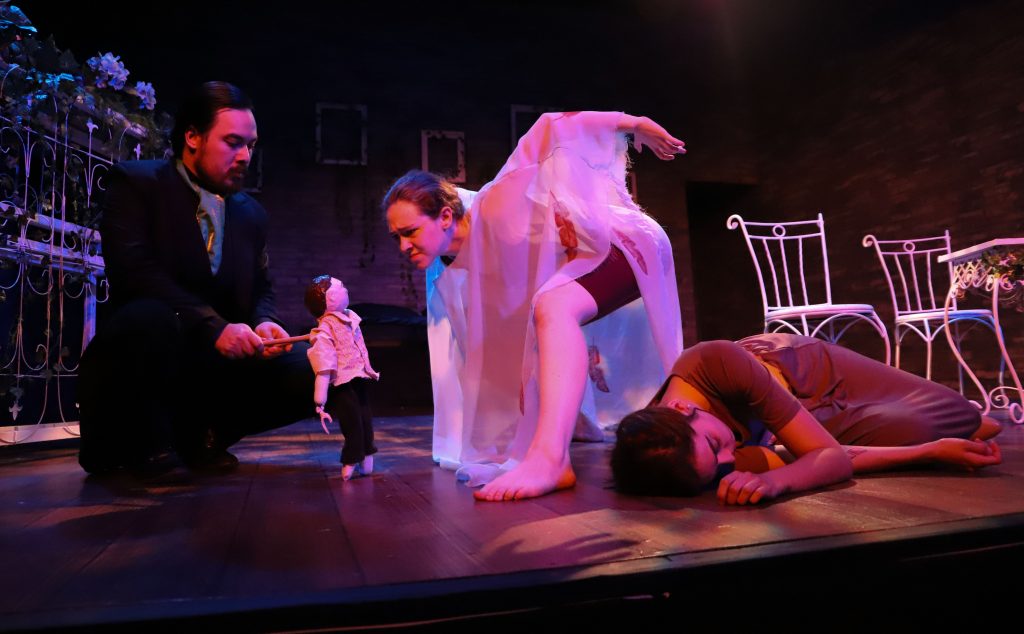 Surprisingly, each play has pointed ideas about the performance of masculinity and fulfillment of manhood through husbands who would otherwise be interpreted as “good men.”

Where they diverge is in the exploration itself. Viper uses story to display complex ideas and Merely illuminates complex ideas through story. 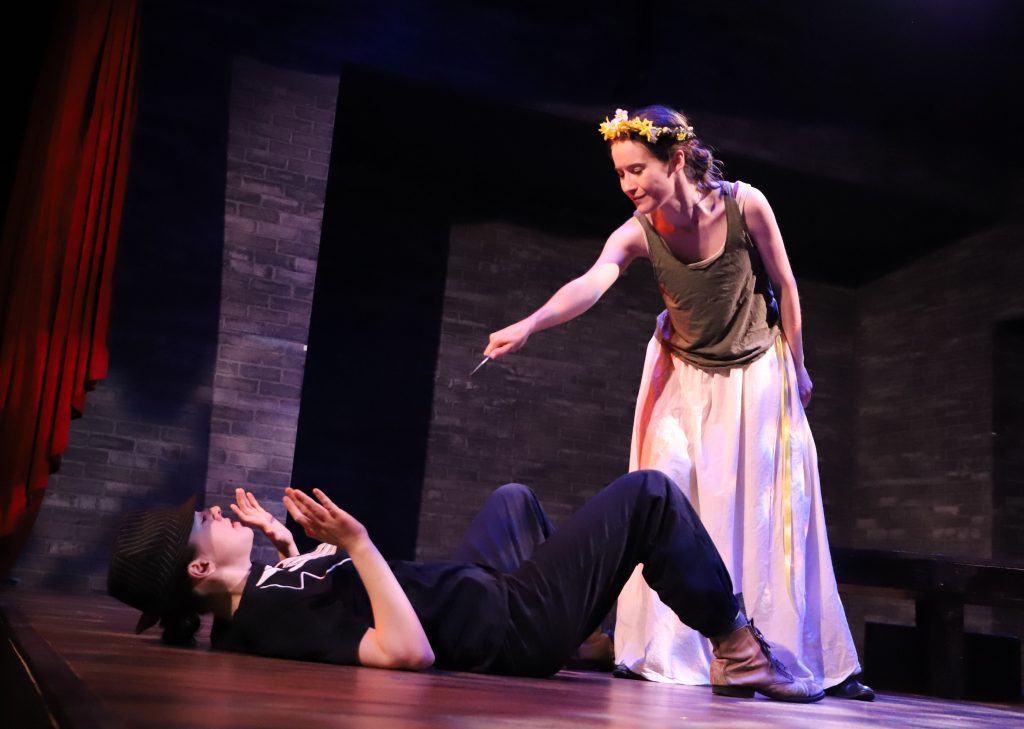 Viper, meanwhile, plays itself like Liebestraum, a psychedelic love dream snaked into nightmare with no means to care for a woman, particularly when fresh air is her only cure.

Though at times it feels a bit like mere fan-fiction, Merely searches the moments when the words of lovers become songs and sonnets, the layers of narrative working to make poetry for the viewer. 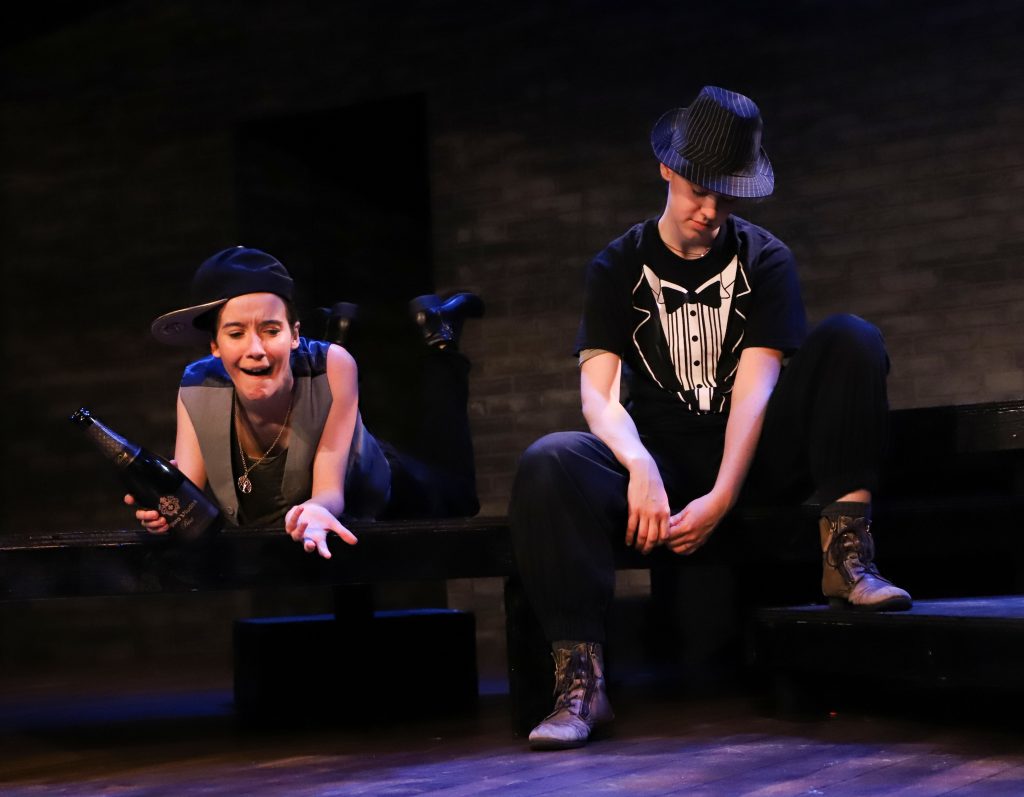 Performances in both shows astound. It is truly a group effort. But separate mention must be made of Eric Palmquist and his scintillating Viper. He brings this nuanced heat that burns the mind. And if you don’t know Megan Sells, you will. This actor is one to watch.

See the plays through June 29 at The Living Room Theater.