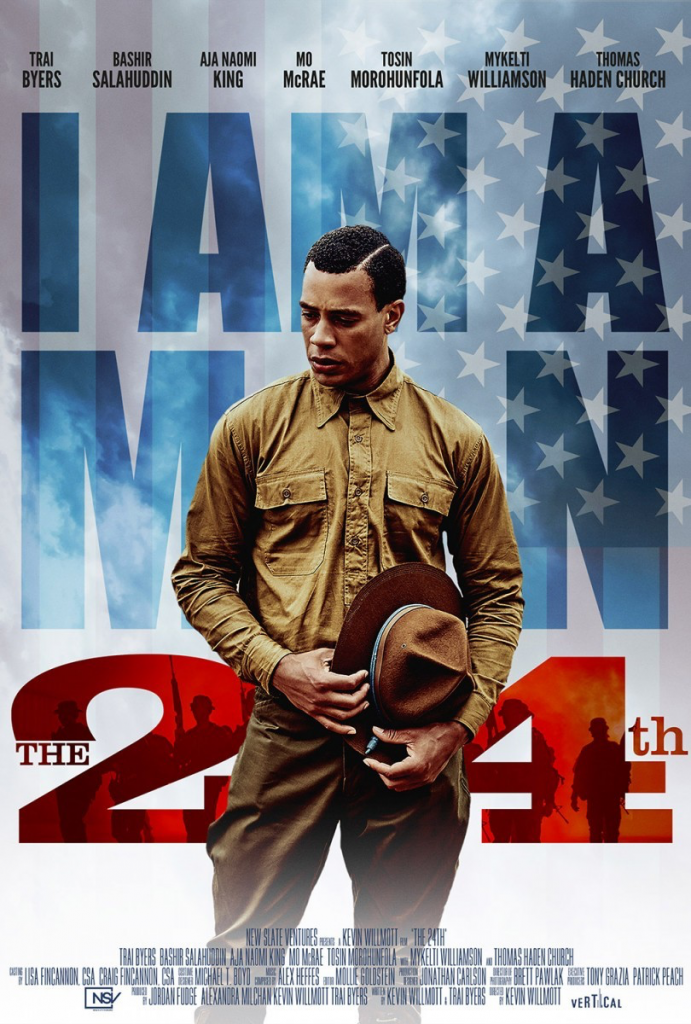 The 24th, co-written by Kevin Willmott and KCK native Trai Byers, starring Byers and directed by Willmott, is an emotional and gritty Black historical drama. Set in 1917, an all-Black military infantry wants to stake their claim on American citizenry. They want to serve as Americans and be treated as men.

The white locals in Houston where the soldiers are stationed resist their presence. After many assaults by the local police, the 24th infantry becomes embroiled in an explosive race riot. 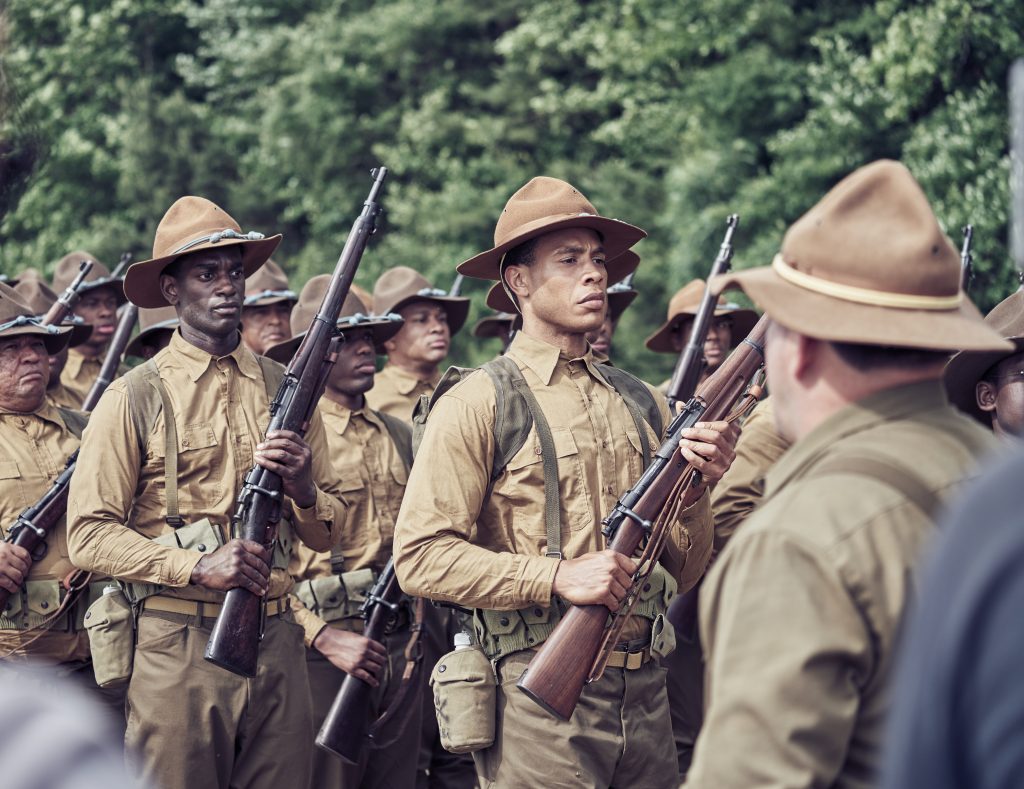 The 24th reflects the racial calamity of our contemporary moment as the film examines the desires of early 20th-century Black citizens to be included in the American process, which greatly parallels today’s struggles.

With gorgeous performances from this rich cast, the ensemble functions to represent interactions of romance, comradery, transformation, and, ultimately, personhood. In addition to illuminating a little-known historical event, the narrative seeks to allow viewers to witness and acknowledge the fullness of Black social life.

Willmott leans on his network of creatives in Kansas City to bring the ideas behind The 24th to life. Though he wishes he could use more of his talented friends, Willmott praises the encouragement he receives. “Kansas City has been great to me in helping me make my films,” he says. “It’s been a real blessing to have the support of KC. For me, it makes it easy. These are people that I love. I know their talents; I know their skills. It makes it a joy to do.”

The central character, Boston (Byers), is an educated, well-traveled Black man serving with Black soldiers who represent the nuances of social order. The way that each man responds to Boston’s station in life and his potential for unprecedented success in the military indicates different types of racial awareness present in Black kinships. 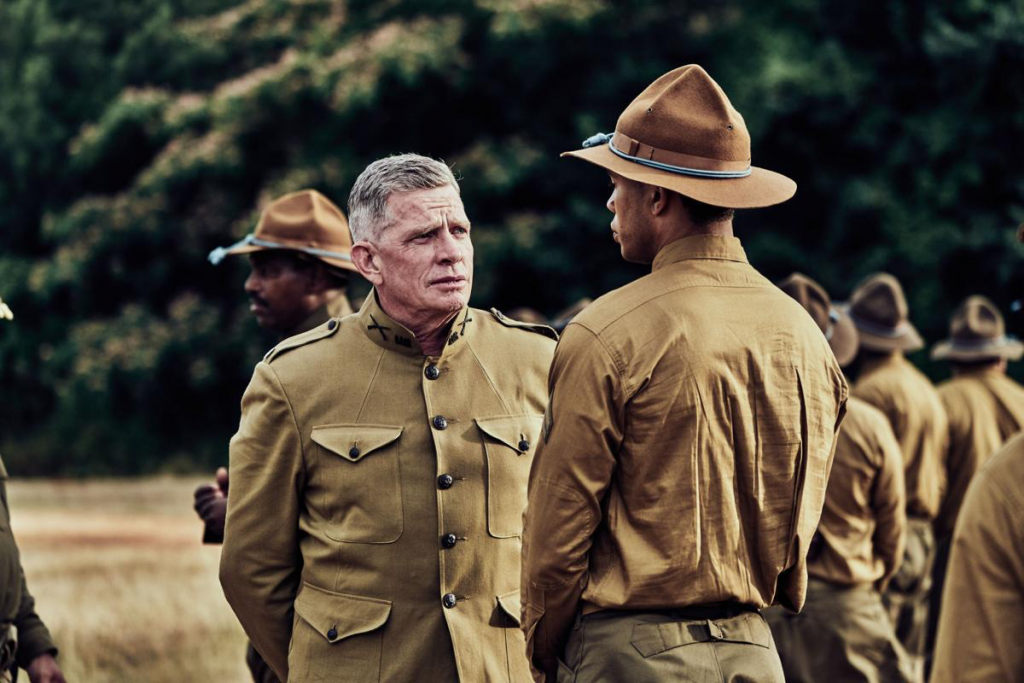 Most characters take pride in Boston’s excellence, thrusting fanciful ideas of exceptionalism upon him. They look up to him with hope and admiration. Others are suspicious of his motives and his loyalty, while some reject him outright as a fellow Black man. But it does not matter. All of them are in the military, seeking the same thing.

With a realistic eye, the lens reveals these aspirational pursuits—which can have deadly consequences. “A lot of my movies deal with tough subject matter. I like to talk about it,” Willmott says. “My term is, ‘We don’t own the history, the history owns us,’ and our job as Americans is to reclaim this history. How it dictates to us is that we’ve become uncomfortable talking about it. That’s a big problem in American life. I make films that allow people to take ownership of this history.” 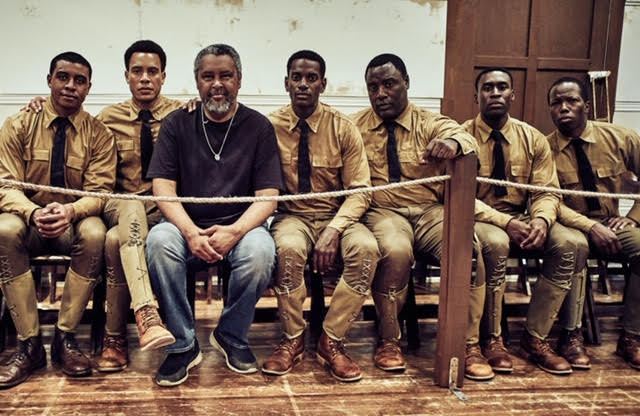 The 24th isn’t just a movie about the trials and bloodshed endured by Black changemakers, but a declaration that Black men are people who love, who battle, and who honor this country.

Released on VOD, click here to watch the film on Amazon Prime.