This week’s list of recommended shows includes a trio of fiddling sisters from Texas, a Canadian guitar slinger, and a few holiday shows, one of which features an American jazz legend. 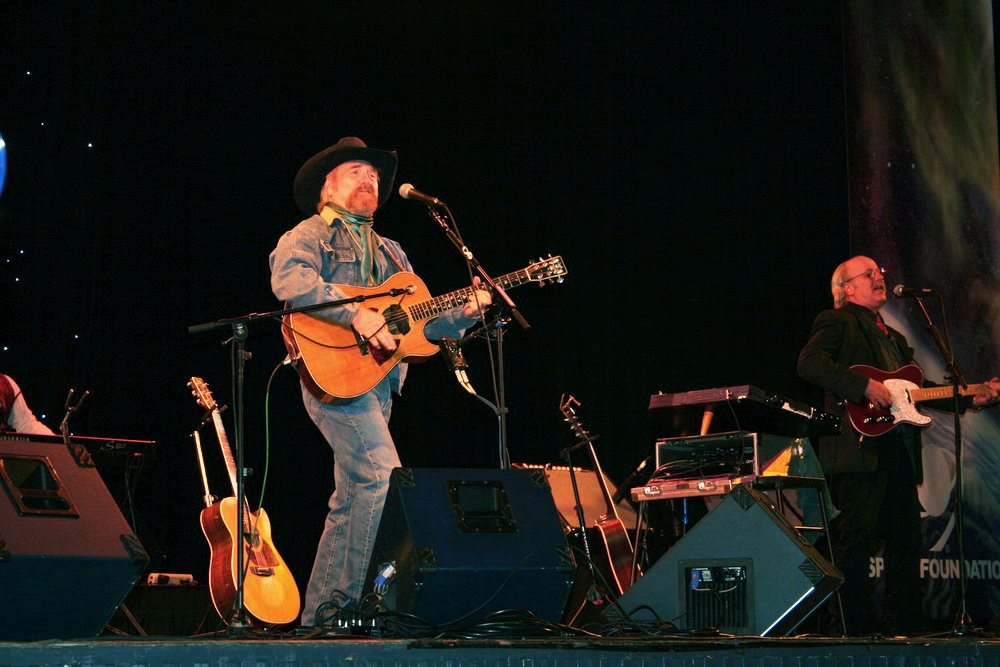 He’s best known for hits like Wildfire and What’s Forever For, but he’s also a multiple Grammy and CMA nominee. Six of his 33 albums have gone gold, including Cowboy Songs (1990), the rare collection of cowboy music to do so. His most recent album, Austinology: Alleys of Austin, featured an array of fellow Texans, including Willie Nelson, Lyle Lovett, Steve Earle, Jerry Jeff Walker, Kelly Willis, and Bruce Robison. 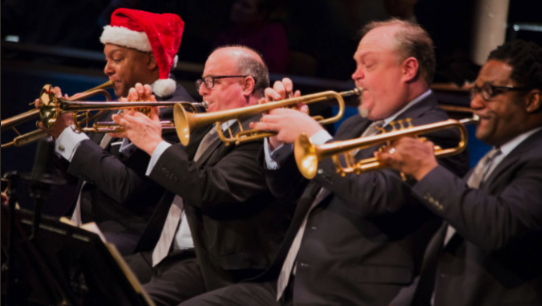 Dec. 5 at the Arvest Bank Theatre at the Midland: Jazz at Lincoln Center Orchestra with Wynton Marsalis

Marsalis is a living jazz legend and a member of one of America’s greatest jazz families. For this annual holiday show, Big Band Holiday, he plays master of ceremonies but delegates much of the music to the talented members of the Jazz at Lincoln Center Orchestra. In one recent show, Marsalis was posted in the back row, amid the horn section.

Together, they take several holiday classics on jazzy, big band odysseys, assisted by guest vocalists. Among the songs on recent set lists: Jingle Bells; What Child Is This; You’re A Mean One, Mr. Grinch; Dreidel,Dreidel, Dreidel, and Christmas Time Is Here. 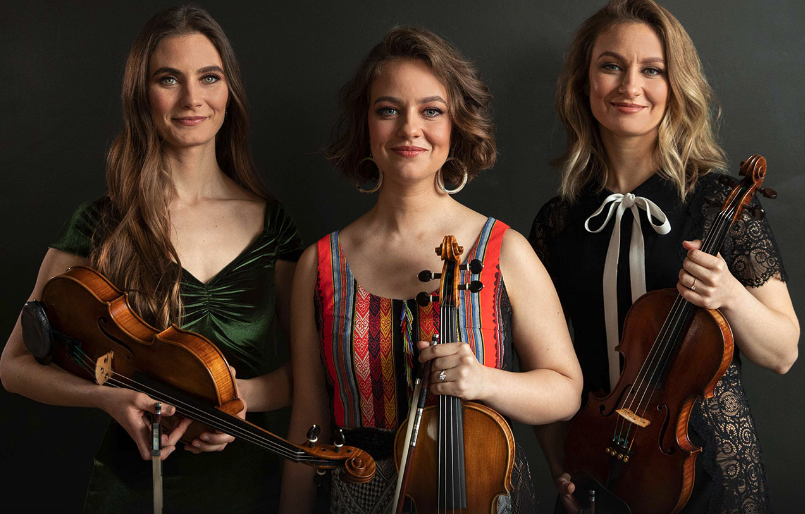 During live shows, assisted by a guitarist and standup bassist, they concoct what they describe as “progressive Western swing music”:  a stirring mix of swing (jazz- and Western-style), and, country, all embellished with rootsy Texas-style fiddling, and lacquered in three-part harmonies—the kind only siblings can muster.

On their website, Grace Quebe explains the approach: “We differentiate our music … from simply ‘Western swing’ because we aren’t trying to sound just like Bob Wills. Instead, we continue his vision, playing the style he pioneered in an authentic way by incorporating new genres and songs, interpreting them using our own unique voice through country instrumentation.”

A St. Louis resident and native of Toronto, Canada, Gomes is a meat-and-potatoes Delta-blues/rock guitar slinger who infuses his style with various flavors, including Texas blues and nods to legends like Buddy Guy, Albert Collins, and Jimi Hendrix. From the All-Music Guide: “(His) music is a raw example of the old Delta-style blues mixed with some very original guitar phrasings.” 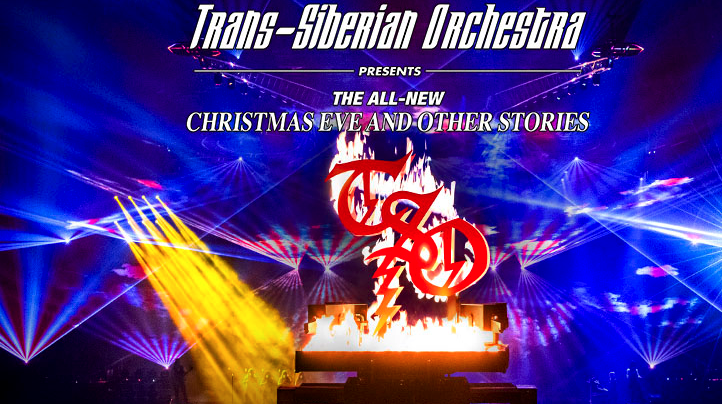 This annual holiday spectacle has been touring for more than 20 years now: a blitzkrieg of orchestral rock opera, videos, lasers, light shows, pyrotechnics, and other audio and visual stimulants.

The core ensemble suffered two deaths in 2017, including founder/composer/lyricist Paul O’Neill, who got his start as a rock band manager and producer (Joan Jett, Aerosmith, Scorpions). But they have forged onward, reviving various chapters of their repertoire. For their 2019 tour, they will return to Christmas Eve and Other Stories, their debut album (1996) and focus of their first live tour (1999).

Rude and Reckless: A Joe Strummer Tribute, Dec. 13 at RecordBar: This tribute to the late, great leader of the Clash is also a fundraiser for the Midwest Music Foundation.

Jimmy Webb, Feb. 14 at Knuckleheads Saloon: Because he’s one of the greatest songwriters of any generation.

The Doobie Brothers, Aug. 15 at Starlight Theatre: The big news: Michael McDonald is back touring with the band.