Books were Royce Handy’s first portal into storytelling and the world outside his Kansas City, Kan., home.

Then his older sister introduced him to hip-hop and the lyrics of titans like Tupac, Biggie Smalls, Nas, and Master P, and young Royce Handy was transformed. He consumed everything he could get his hands on and committed it to memory: “At school they called me a human jukebox because I could memorize every song, word for word.”

What started as infatuation for rappers’ lyrics soon became a love of battle-rapping during lunchtime—that’s when he picked up his nickname “Sauce” – then expressions of his own words, which he would record and sell outside music stores for $5 a CD.

“We really didn’t know what we were doing,” said Handy, a 2004 graduate of Wyandotte High. “We just knew we wanted to make music.” 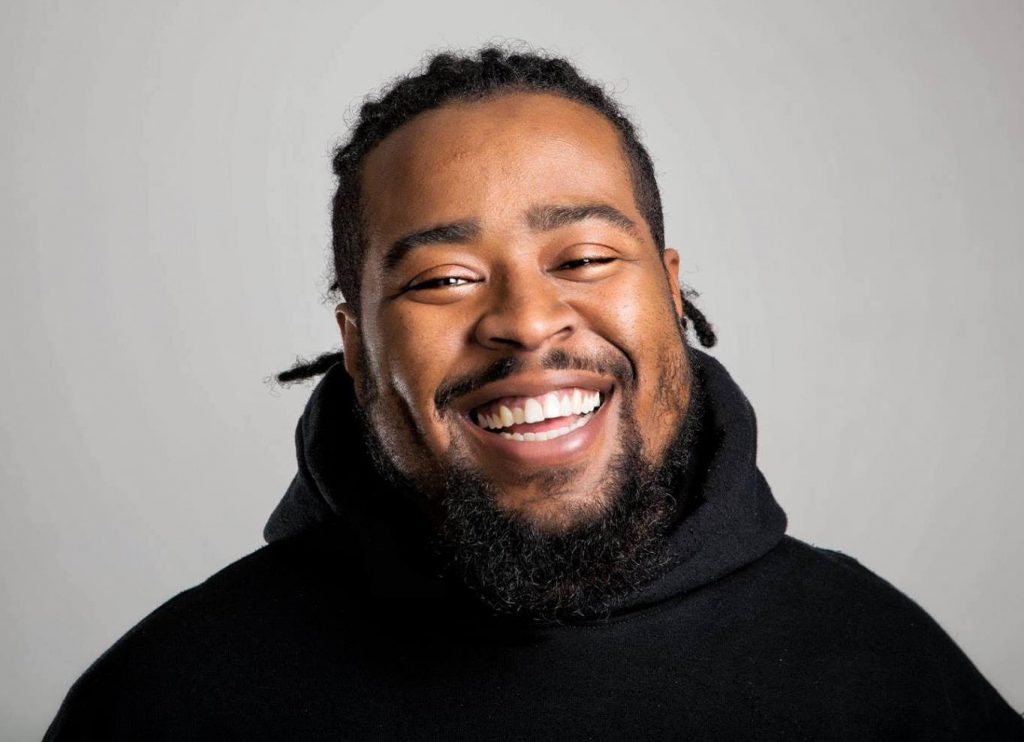 What he also didn’t know then was that music would propel him to a grander, more meaningful place—his purpose in 2021. These days, he is behind several music-related projects and programs that serve his community and fulfill his creative spirit.

And he is being recognized and rewarded for it. In February, Handy, along with Kansas City artist Whitney Manney, participated in “Black is Wonderful,” a Black History Month project sponsored by the international semiconductor company Intel. The experience was gratifying in unexpected ways.

“I thought it would be somewhat commercial-oriented, with some product placement,” he said. “But it wasn’t like that. They wanted my story told on global platform. They said, ‘We love what you do; people need to see it. Talk about you and about what you do.’ ” 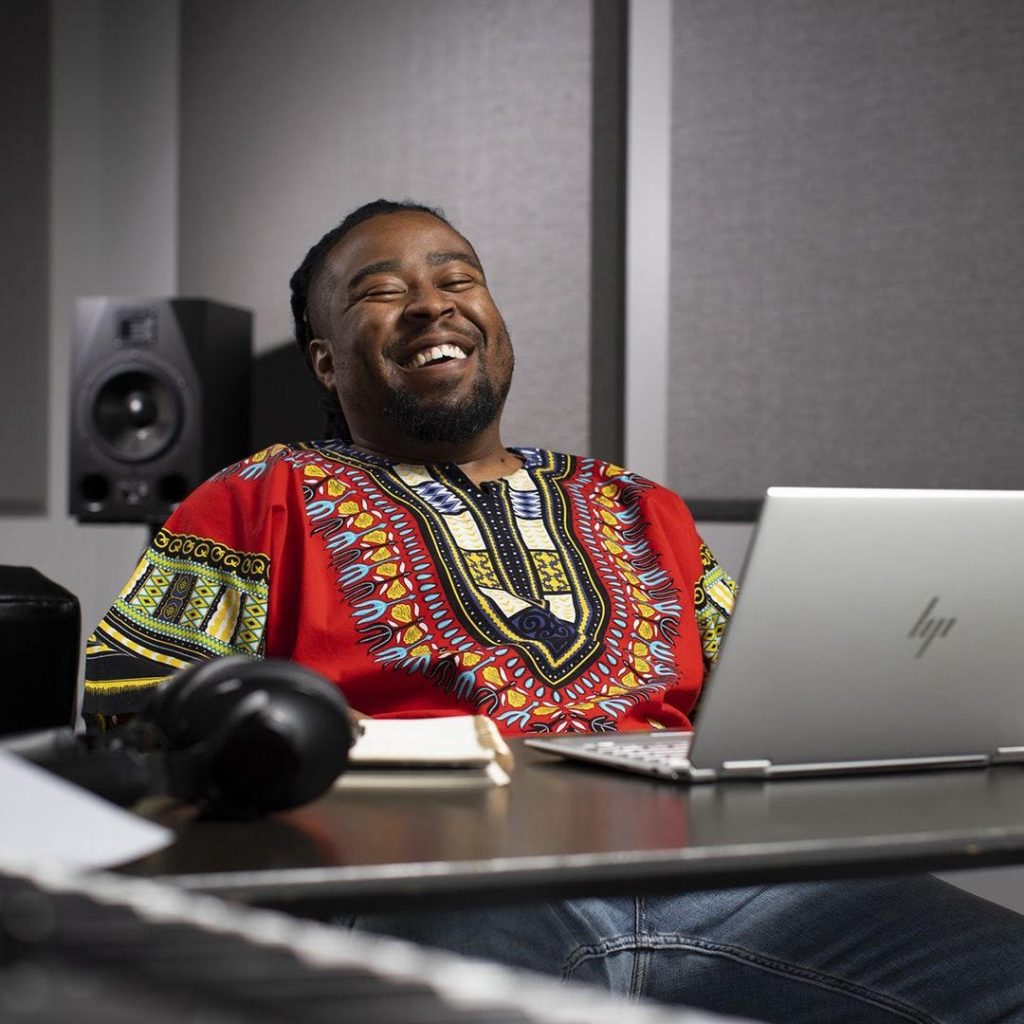 He has plenty to talk about. Since his battle-rapping, CD-peddling days, Handy has become a community leader worked with a variety of grassroots groups and initiatives that aim to improve lives and shed optimism into neighborhoods.

Among them: Aim 4 Peace; the AdHoc Group Against Crime; Stop the Violence; Kansas City Mothers in Charge; the City Union Mission, where he taught and mentored teens in writing and performing classes; and numerous food and clothing drives.

He founded the multi-genre traveling music collective NuBlvkCity, which delivers its positive vibes to festivals and events in Kansas City and beyond.

Handy speaks modestly of his many achievements, keeping in mind how things could have gone were it not for a couple epiphanies.

“For a while, I was running the streets, ‘living it’ and following some very dangerous people,” he said. “I got involved in that lifestyle for about five years, but when you live like that, that fast, it was like 10 years.”

Then he found “the right track”: In March 2008, he married his wife, Tanya, returned to to church, started a family and “got serious about my music.” In 2011, a longtime friend was critically wounded in a drive-by shooting.

“He was putting his daughter in car and some guys shot it up,” he said. “He was in coma for a couple of months but survived. That’s when I decided I wanted my music to be positive, so I created a song called Gunshots. That was the first time I got any real commercial (radio) play in Kansas City.” 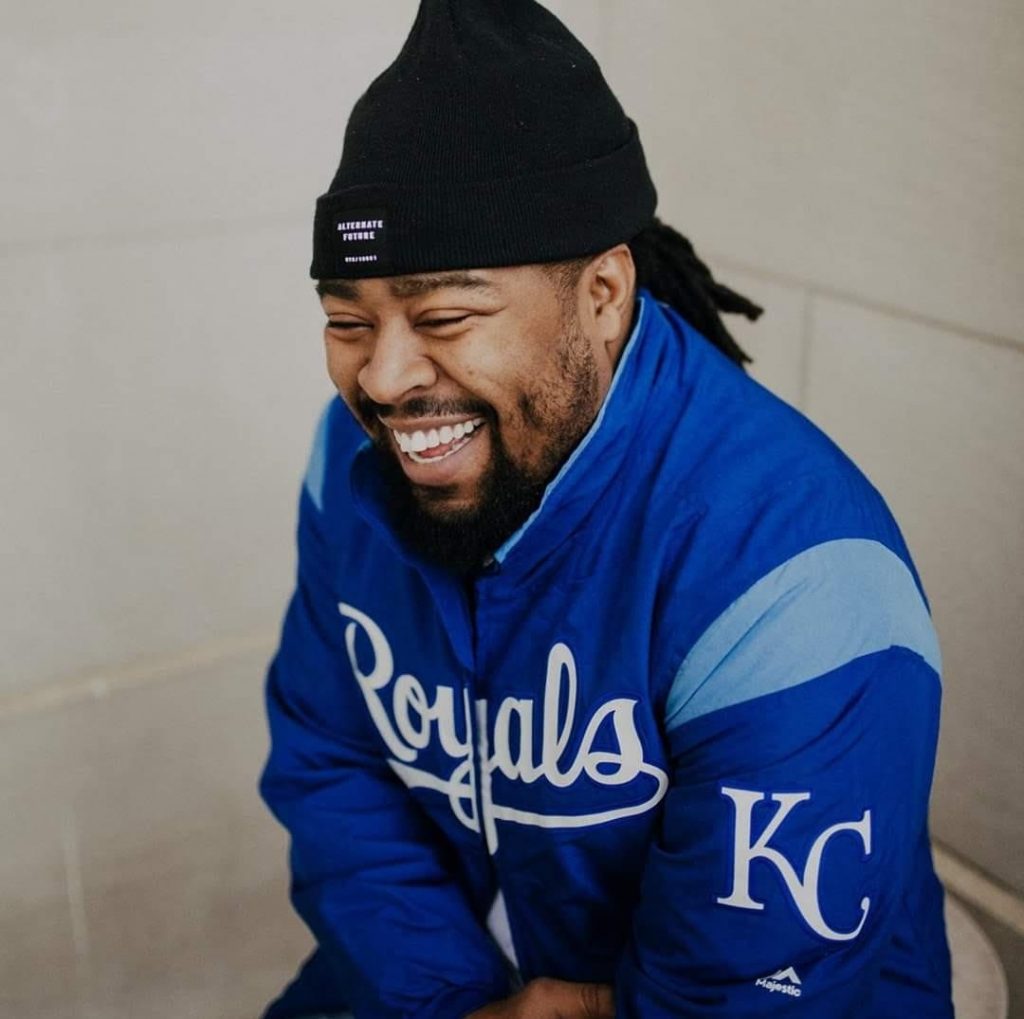 To better understand his city and its socio-economic landscape, he enrolled in an urban-studies program at UMKC. Concurrently, he explored programs that seemed to ignore or elude his east-of-Troost neighborhood, where he has lived for 10 years. He has since built relationships and affiliations with various arts enterprises like Arts KC and ArtsTech.

“I wanted to create bridges that would connect us east of Troost to places we don’t normally have access to or even know about, like performing on the street car,” he said. “We knew nothing about that.”

His pursuits led to relationships with movers and shakers like former Mayor Sly James and his Rock the Block and Mayor’s Nights events, and Kansas City Councilman and former Missouri State Rep. Brandon Ellington and his community concert series.

In 2019, while doing some work for the Kansas City advertising agency VLMY&R, he was introduced to Roy Milton, who became such an earnest fan of NuBlvkCity he became Handy’s conduit to the Black History Month project with Intel, a client.

“We’d been talking about the project for a while, what with Covid, and Roy kept assuring me it was going to happen,” Handy said. “It happened fast. Intel conducted a deep vetting on me and my background. They liked my story and wanted me to tell it.”

Handy has come full-circle, you could say: The young boy who turned to books and then hip-hop to experience others’ stories has his own impressive tale to tell. And now the world has a chance to hear it.