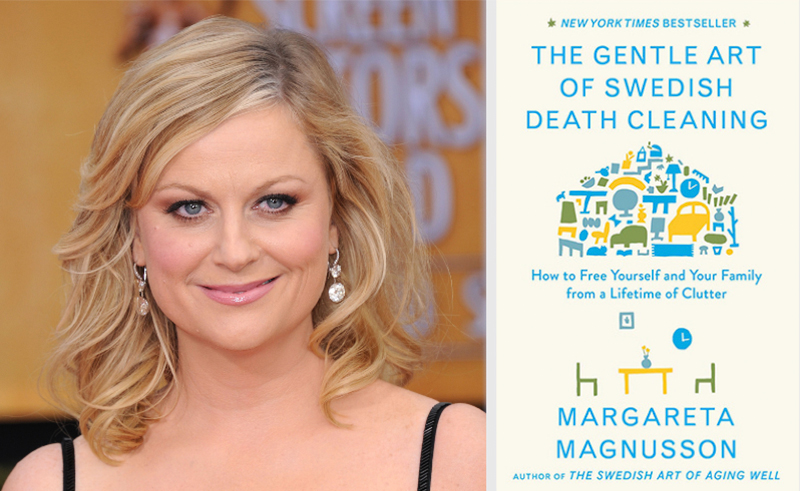 After putting out a call in April for Kansas Citians looking to declutter their homes, Amy Poehler and the makers of Queer Eye have announced Kansas City as the site of the first season of their new show The Gentle Art of Swedish Death Cleaning.

“We are so excited to come back to Kansas City to film our new series,” producers David Collins and Michael Williams of Scout Productions—the makers of Queer Eye— said in a joint statement. “It was our first choice because we had such a great time on our last production. The support we received from the Kansas City Film Office, the city, and its citizens was beyond amazing and makes it the perfect location for a first season show—not to mention the barbecue!”

The new television show is based on Margareta Magnusson’s best-selling book, The Gentle Art of Swedish Death Cleaning: How to Free Yourself and Your Family from a Lifetime of Clutter, and aims to give individuals the chance to address, organize, and rid themselves of clutter with a method that can be used at any age.

“Kansas City is on a roll, and we’re thrilled to welcome Scout Productions back to town to tell more of our friends’ and neighbors’ important stories,” says  Kansas City Mayor Quinton Lucas, who pitched Kansas City as a filming location to Scout Productions last year while investigating the contents of his desk. “We look forward to seeing our city featured again internationally as the new series explores the beauty and complexities of major life transitions through the eyes of Kansas Citians.”

Look out for Poehler and the crew of Scout Productions as filming begins in Kansas City this summer! The first season of the show will air on Peacock at a date that is to be announced at a later time.

Kansas City Monopoly is Coming, and You Can Help Design the Board