From an early age, clothier Peter Arvan’s three boys, Spiro, Jerry, and George Arvanitakis, were learning the nuances of helping run their father’s clothing store. It didn’t take long for them to pick up the tricks of the trade and, of course, hone their father’s love of putting the “customer” in customer service. The patriarch insisted on nothing but the absolute best for his clients. And the boys quickly learned to follow in their father’s patron-centric footsteps. “My brothers grew up learning from childhood how to assess a person’s needs—from their personality, personal preference, height, body shape—everything. They knew exactly how to fit someone from the very beginning,” says Andriana. “My dad approached every customer as if they were buying custom clothing—even if they weren’t. And my brothers quickly learned it wasn’t so much about selling clothing as it was about creating the perfect outfit for each customer. It was like ‘Hmmmmm—you should do this, this, and this to make it the best fit possible.’” 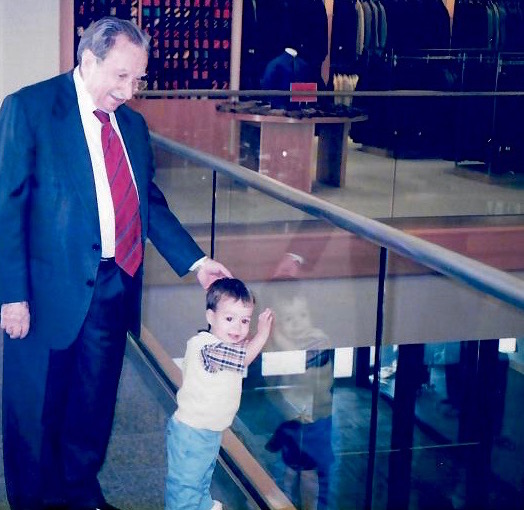 The eldest Arvan learned his craft in Greece, where there were upwards of 40 custom-tailoring shops on the island where he grew up. “In Greece, if you wanted clothing, you had it made for you,” says Andriana. The boys jumped at the chance to hop on their father’s haberdasher bandwagon. The eldest, Spiro, was first to dip his toe into the fashion waters. “Spiro stayed at my dad’s side. He had an earlier start and learned clothing at an early age. He was mostly in the front with my dad—selling as well as tailoring,” says Andriana. “Jerry and George didn’t take long to catch up. Soon all three were learning how clothes fit on their customers.”

For their father, the best part of running a family business was, you guessed it, family. “We always did things together as a family unit,” says Andriana. “Sunday nights—no matter what—everybody would go to our parents’ house and have a family night. My father insisted everybody be together—the daughters-in-law, the grandchildren.” It was that mentality that carried over into the business and made it so successful. From a small tailor’s shop, the store evolved into Jack Henry and then Byron Clothing on the Plaza. Recently, the family announced a return to their roots. They would be moving back to Johnson County to reopen their beloved, eponymous Peters Clothier.

It’s the ultimate homecoming for the tight-knit family. 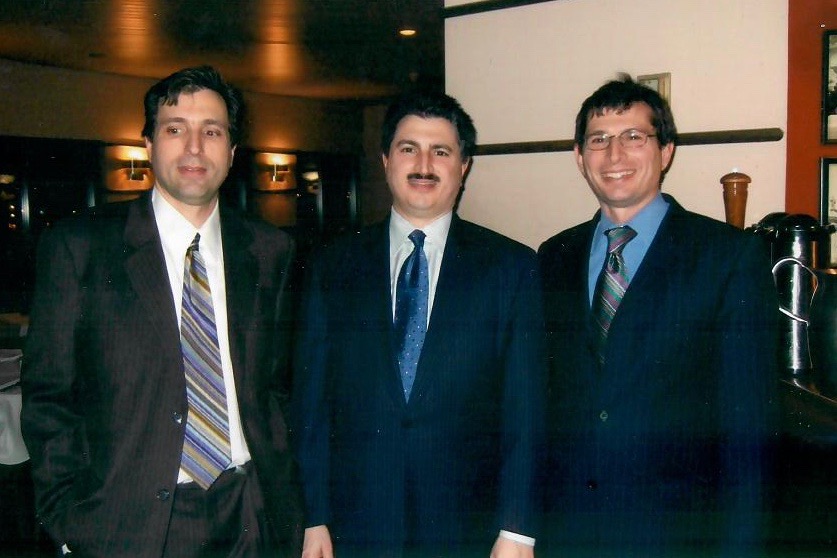 “My brothers and I grew up very close because family is very important in the Greek culture,” says Andriana. “My favorite memories with my brothers? When we would visit Greece and we’d hop in the car and visit places—on our own time, on our own schedule. Those memories are the most obvious examples of how we do things together. 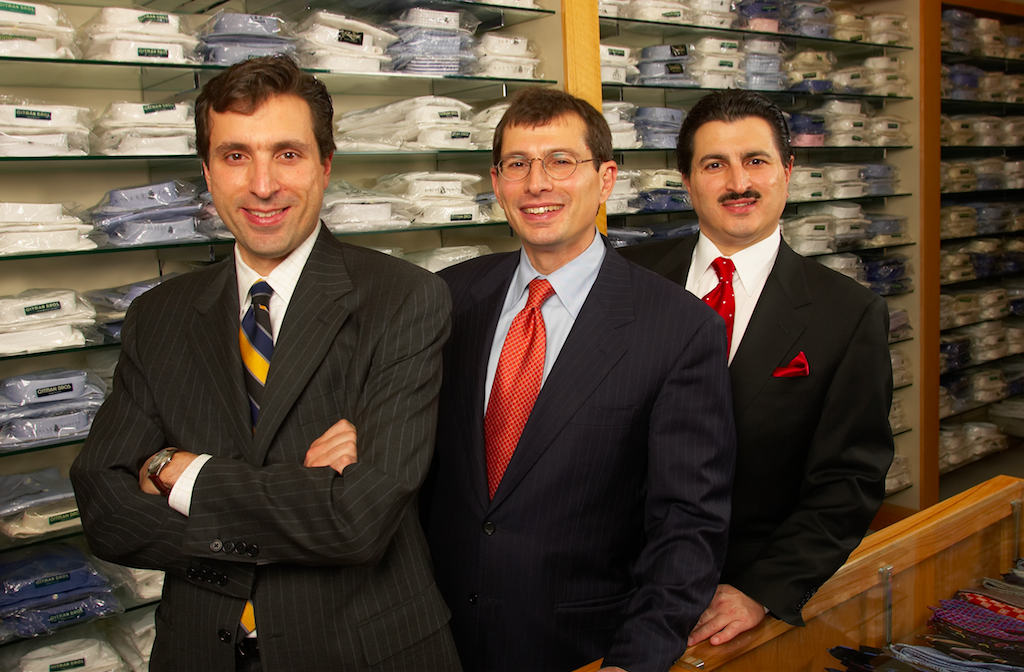 To hear her put it, each of Andriana’s siblings brings something different to the table. “Spiro is the creative outlet and follows closely in my father’s footsteps,” she says. “He’s always thinking about what’s next—styles, etc. Spiro can grab a piece of fabric and tell you what it’s made out of—and if he likes it—and if it will look good on a person. He inherited my father’s ability to fit a person perfectly. A fabric genius.”

The buck stops with Jerry, the middle child—both figuratively and literally. “He keeps the business running as a business. As the CFO, he has had to keep up with the rise of digital technology for finances as well as a complex inventory. That is his forte and his particular talent,” says Andriana. “But he loves helping dress people. He has a son and when fathers bring in their sons to teach them how to appreciate the value of dressing up—well, that gives him a lot of personal pride.”

The youngest, George, is “mechanically inclined,” she says. “As an engineer, he specks out every thread, every button, every lining. He dwells on the details of every style when he visits the factories to maintain the highest standards of quality. He’s able to determine what looks good on a person. He wants to ensure someone is incredibly proud of what they’re wearing. He wants a client to put on a suit and say ‘this is the best outfit I’ve ever worn.’ George is in tune that people need to like what they’re wearing.” 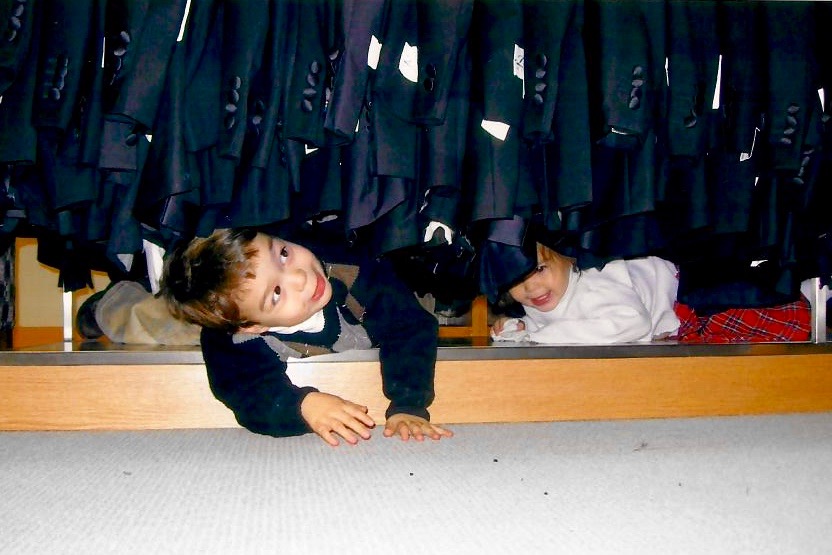 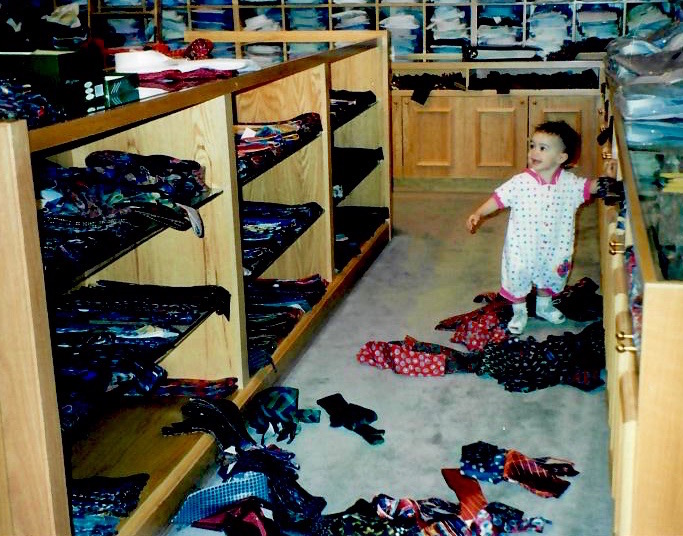 And, as it turns out, history has a way of repeating itself. “Spiro’s kids grew up in Peter’s Clothiers just like we grew up in the tailor shop. Customers felt like they were part of the family because the family was always there,” says Andriana. “Jerry’s kids grew up at Jack Henry. George’s son grew up at Byron. My father would be very happy about this.”

Besides carrying on their father’s legacy, the common goal for the three brothers? To provide the best men’s clothing store possible and ensure the customer is always satisfied. “They all have different personalities, but there’s a common bond when it comes to the future of men’s clothing,” she says.

With their upcoming move to their old stomping ground, the Arvanitakis brothers are more than ready to continue with their legacy of fashion—and mindful to keep their customers happy. “They share the responsibility and the advancement of the clothing business,” says Andriana. “Our customers love our family-business aspect. And we love our customers—like family.”