People
2 months ago
by Emily Park
0 0

Since 2010, over 150 14- to 16-year-old boys have participated in BoysGrow. The Kansas City nonprofit enlists local youth in a two-year paid internship in which the boys work together and develop core vocational skills on a ten-acre farm 25 minutes from downtown Kansas City.

On Wednesday, October 12, at 1 p.m., the Rachael Ray Show will air a segment that John Gordon Jr., the founder and executive director of BoysGrow, recorded on the daytime cooking and talk show about the good the program is doing in Kansas City.

“I think the nation is thirsty for positive stories,” Gordon says. “What we’re doing is unique, and we’re bringing together multiple cultures. That is a story people want to hear.”

“We teach entrepreneurship to urban youth through agriculture,” he says. “They get to come out and work on a functional farm, and we peel back the layers of what it means to be part of a business.”

During the two-year program, the boys spend their first year focusing on one of three tracks: agriculture, culinary arts, or construction—although they each get a chance to interact with agriculture on the farm. After that, they can branch out to secondary teams which includes mechanics, landscaping, animal husbandry, marketing and media, and public speaking. 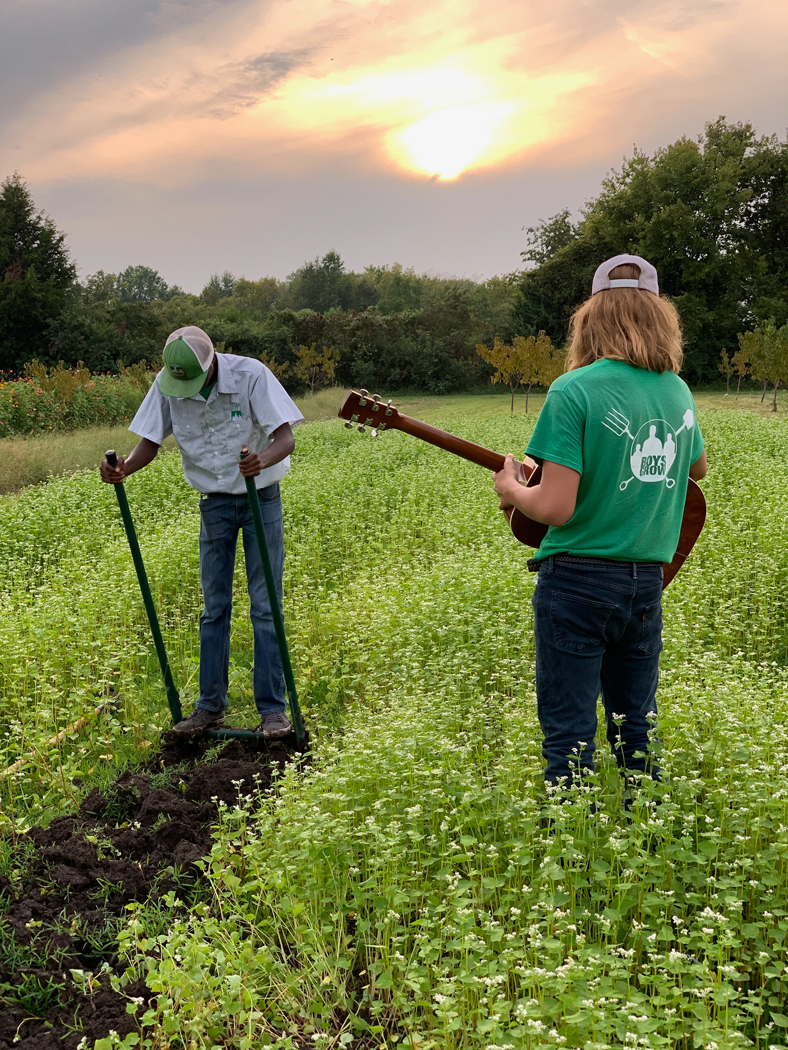 The boys work on the farm for three days a week during the summers, and one or twice a month during the school year—and for most of the kids, BoysGrow is their first job. The boys connect with the program through charter and public schools, community centers, youth programs, and word of mouth.

Throughout the year, the boys plant, grow, and harvest a variety of produce including strawberries, blackberries, raspberries, tomatoes, greens, and more. That produce is then distributed to local grocery stores and restaurants or used to prepare meals on the farm. BoysGrow hosts about a dozen public events throughout the year, and people can come out and try food prepared by the kids.

“When the public comes out, you get to see the boys interact with the guests and take pride in the work they’re doing, and the leadership to give tours around the farms,” Gordon says. “Seeing the kids take ownership of what they’ve accomplished stands out as something that means a lot and shows this program is making strides.”