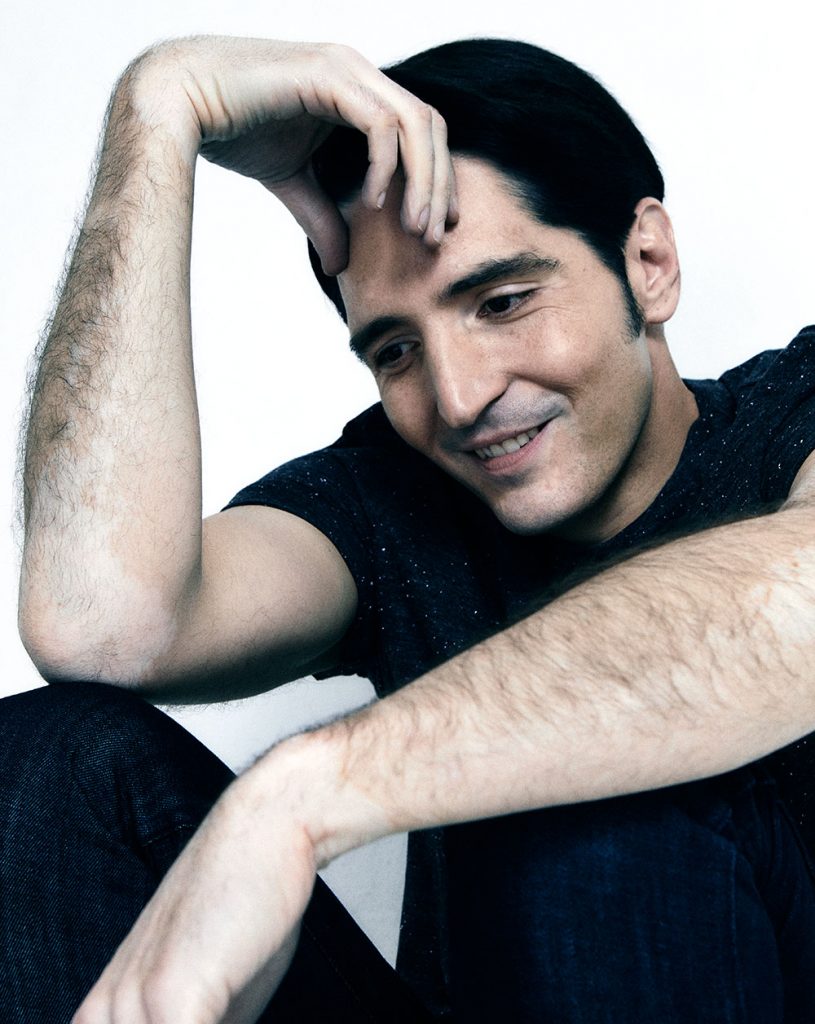 For actor and Kansas City native David Dastmalchian, art and life, past and present, darkness and light came crashing together when he decided to shoot a movie here after a 20-year absence.

As Dastmalchian (dast-MALL-chin) describes the plot of All Creatures Here Below, which he wrote and stars in, his voice drops to a near whisper, and it sounds like a confession. The main characters, he tells you, leave California to go back to the place they most fear, and that place is home. That place is Kansas City.

Despite Dastmalchian’s Hollywood success, landing roles in The Dark Knight, Ant Man, Twin Peaks: The Return, and Blade Runner 2049, and despite a storybook life in Los Angeles with wife, Eve, and kids Arlo, 4, and Pennie, 1, he knows his character’s gut-gripping fear of going home.

Demons circled beneath the placid surface of Dastmalchian’s childhood in Overland Park and high-school years at Shawnee Mission South: depression, abuse, addiction. Thanks to a squadron of real-life angels in the form of teachers, family members and friends who never gave up on him when he kept failing at rehab, he’s been clean from heroin and other drugs for 16 years.

Directors and critics love the smoldering intensity of Dastmalchian’s acting, and the camera loves his face: all chiseled angles and smooth planes. In a call to IN Kansas City from Minneapolis, on a break from rehearsals for a live performance of a monologue by artist Mario Garcia Torres at the Walker Art Center, Dastmalchian sounds relaxed and centered in a way that seems at odds with the frenetic pace of his current schedule.

He’s in the middle of filming Reprisal for Hulu in North Carolina, and All Creatures Here Below just launched on the festival circuit after a smashing debut at the Downtown Los Angeles Film Festival, winning the Audience Choice Award, Best Actor for Dastmalchian and Best Actress for Karen Gillan. The film, directed by Collin Schiffli, is expected to open in Kansas City in early 2019, and when it does, Dastmalchian promises there will be plenty of fanfare.

You’ve been having a great ride as an actor. Why did you decide to take up screenwriting?

I had already collaborated with Collin Schiffli in a movie called Animals, which came out in 2015, which was also inspired by my growing up in the Midwest and my struggle with addiction. When I wrote All Creatures I knew I would be dealing with some dark places and family skeletons that I had been confronting and processing for a number of years.

What was it like coming back home to film, when home triggers traumatic memories?

(Pauses.) It was very scary at first, because I knew I was going to have to be diving in and thinking about really dark ghosts. It was also incredibly healing.

For example, there was a moment when I was driving out to shoot the most difficult scene of the film. It was going to take place on and around an old secluded road [as indicated in the script.] I hadn’t been present during this particular location scout, so I was showing up “blind.” As I get closer, my stomach starts twisting up in knots. I realize that my team had picked the location completely unaware that on that stretch of road I had a very dark, personal memory from childhood.

In the scene we were shooting, the characters are confronting the darkness of their childhood trauma in the most painful and brutal way, and while I was working through that scene in the movie, all these repressed feelings and questions and shame that have haunted me since childhood are surfacing in my brain.

When we finished, I felt incredibly proud of what we’d created and there was healing in realizing that the pain I experienced as a kid informed but did not overshadow the adulthood I’ve been able to discover and experience.

Is the story set in Kansas City, as opposed to in an unnamed Midwestern city?

Yes. It begins in Los Angeles and then the characters go on the run, and they go back home [to Kansas City] to make a new beginning, and also to confront the past that they’ve been running from. There are references to Wyandotte, to DeSoto, they stay in a motel in Kansas City—they stay in KCK and KCMO throughout most of the movie.

It’s a difficult film to watch. It’s definitely not a rom-com. This movie goes into the very darkest of places. It deals with people who have been forgotten by our society.

That will be fun for locals to see.

It’s a difficult film to watch. It’s definitely not a rom-com. This movie goes into the very darkest of places. It deals with people who have been forgotten by our society. I think one of our great national sins is that we’ve left so many people behind, and I think that is where the dark seeds have been planted for some of the problems that we face as a society right now. I wanted to hold a light up to that.

I think the beauty in the film is reflected in the love between these people, even if their love is dysfunctional, at times abusive. I think the other beauty, and we needed it, is the incredible landscapes around Kansas City. The driving shots, just looking at the hills around Kansas City, just looking at the beautiful old and the new combined in the architecture—it looks gorgeous.

In the 20 years you were gone, Kansas City changed a lot.

Wow, man, it’s so amazing. I honestly was a bit shocked to see how much Kansas City has progressed. When I’ve come home in years past—like for Big Slick, which does such great charitable work—I haven’t had time to spend in the Crossroads and Power & Light and all these places that are new since I lived here.

When we went into pre-production on the film, I was in Budapest working on BladeRunner 2049, so the producers, director and some other team members from New York and LA were on the ground in Kansas City five weeks before I was going to get there.

And even though I had taken them to KC before and shown them why it would be so awesome to shoot there (pauses)—I don’t know how to say this, but we’re coming from California to a very red part of the country. I have dark memories about, for lack of a better term, the close-mindedness and extreme conservatism that I grew up with. And, as you can imagine, people who work in film and television are not extremely conservative and have different values when it comes to inclusivity and culture and equality. I felt nervous that they were going to not have a great experience.

I came to realize Kansas City is the perfect weekend getaway destination for people that want to experience amazing food, sports, art, and music.

And you’re not there to run interference.

Right. But then I immediately started getting emails and texts in Hungary from people on the team saying how much they were falling in love with the city. I was just so proud. By the time we left I came to realize Kansas City is the perfect weekend getaway destination for people that want to experience amazing food, sports, art, and music. It is so welcoming and progressive. It’s a beacon in the middle of the Midwest right now and I’m so proud that it is my home.

Kansas City is a city that has not been shot much at all cinematically, so the director and cinematographer were having a heyday getting all this beautiful imagery that feels fresh and new on film.

You said the cast and crew from California and New York fell in love with the city. What did they think about it as a filming location?

So many of the local businesses and people who work in related industries were so enthused about having a production of this kind in the city. Obviously in Hollywood and Atlanta and Canada and other states that have high tax incentives, it’s not that people don’t love the work there, but it is a little more commonplace. In Kansas City you’ve got a lot of really talented people that know their way around a film set, and mostly they are getting to work on commercials, reality [shows], occasionally shows that come through, but it felt like they were really excited about making a movie.

Every single restaurant that we went to, every single car service that took us around, every single hotel we would stay at, every venue we would go to as a cast and crew—everyone was so excited and welcoming to us. I know it made all the producers and investors on the film want to go out and find other things they can bring back to Kansas City.  Whatever trends in that direction, I’ll lean towards that.

What was it like watching the movie for the first time in a theater with an audience?

It’s a gut punch. I think Collin did a beautiful job filming it. I think Karen Gillan’s performance is heartbreaking and beautiful. I’m really proud of it.

I’m putting my next Kansas City-based movie together as we speak. It’s called Hide Your Eyes and it’s a supernatural thriller that takes place between Joplin and Kansas City. m