Every community has its pillars—the individuals who have been there for as long as you can remember, always helping in any way they can and with incredible stories to tell. Most of us are probably guilty of taking this knowledge, this living, spoken legacy for granted. After all, these individuals have been here forever, where else would they ever go? I have regretted falling into this line of thinking, right up until it’s too late. I ask you, why? Why should we take a fountain of knowledge and wisdom for granted? Why wait until it’s too late? Why not celebrate the living legacies, instead of waiting for there to be only remnants?

Try this out for me. Try to recall an older member of your family or community who has always had a story to tell. Pay them a visit if you can or phone them. Ask them if they can recall an important story of their life, and just sit and listen to them as if you were hearing a movie. I promise, nine times out of ten, you will find that time has slipped by without even realizing it, and all you’re going to want to do is hear more. Now, mind you, you can find out a lot about any (living or otherwise) person’s life and history by looking them up on Google, paper registries, or social media, but that’s all you will find if you only look there—history. It’s in their stories that you will find their grandest aspirations, their most shining triumphs, and their most humbling lows. They will share the big moments you would most likely have heard in second-hand snippets, and those small moments and tiny victories that perhaps hold far more value to them than anything you can read on a Wikipedia page. 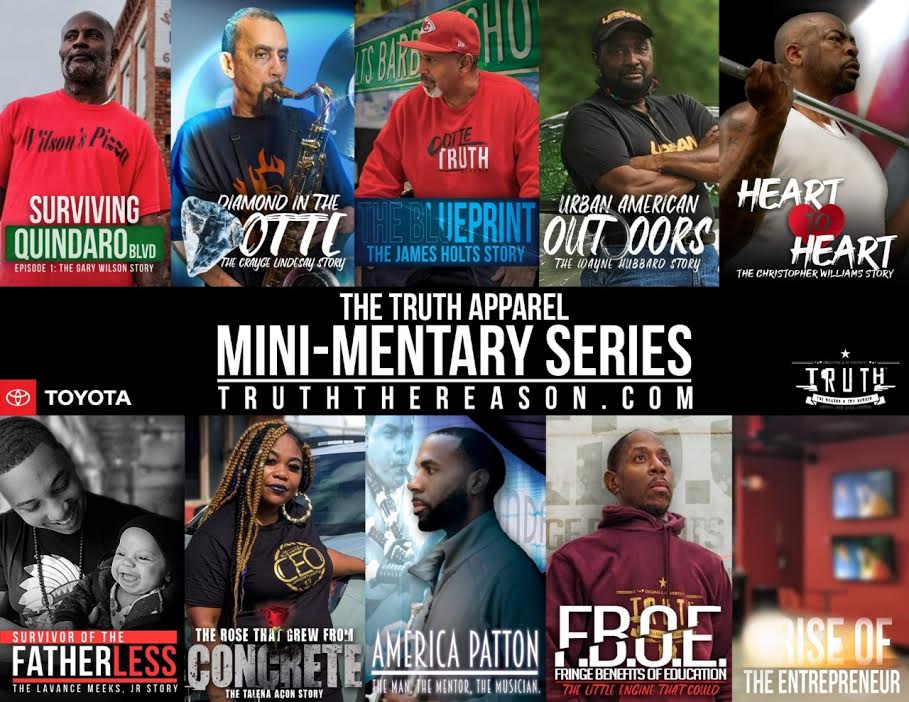 My whole paradigm on stories here is meant to apply to anyone living or otherwise, but there are those who might take what I say as eulogizing a person who might not even have passed yet. Again, let me ask, why? Why a eulogy? Why should that be our default perspective on how we honor a person? Would it be such a radical idea to honor someone’s living legacy? To cherish and enjoy their living story? Why can’t we celebrate the stories that are still being written as we speak? Can we honor a person’s story and legacy in life?

This was the principal question upon which the first season of our documentary series, TRUTH Apparel Mini-Mentury Series is based. After nearly six months of production, I can at least say that my own answer is yes. 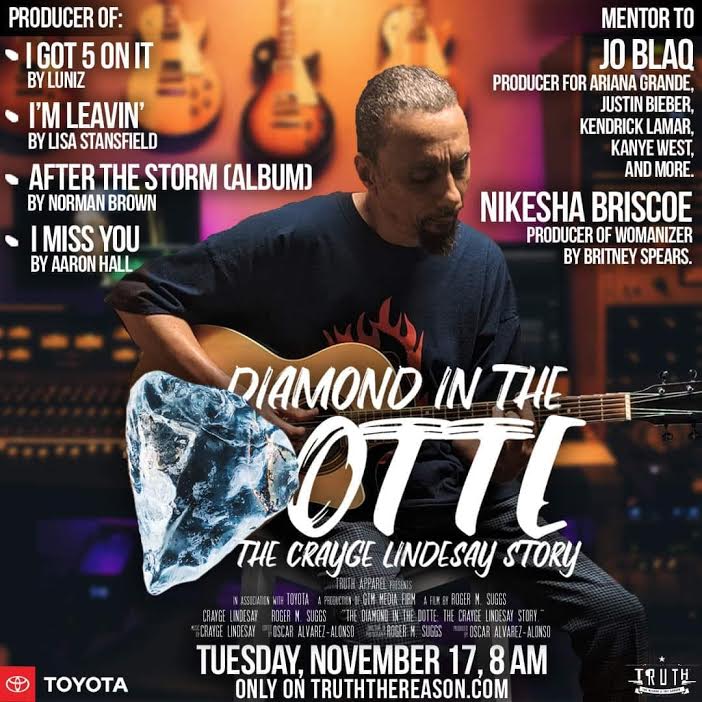 While preparing Diamond in the Dotte, (season 1, episode 2) a quick Google search on Crayge Lindesay yielded the following facts: He grew up in KCK, he is an accomplished musician and producer, and he is responsible for sound engineering the song I Got 5 On It, the 1995 mega hit by Luniz. But that Google search won’t tell you that he grew up in a time when Quindaro Boulevard looked like a street straight out of a classic Hollywood production, with music and jazz clubs and venues that lined it end to end hoppin’ every night. A Google search won’t tell you how his journey in music began with a trumpet, and a high school teacher who showed him the endless possibilities of a career in music, or the way he talks about the intricacies of his hardware and skill the same way a painter would discuss palettes, structure, and styles. A Google search won’t tell you just how much of his craftsmanship he poured into every beat of I Got 5 On It and its iconic instrumental elements.

But the documentary will.

Do another quick Google search, this time on Gary Wilson. It will tell you Gary Wilson’s pizza is number 100 on the 101 Best Pizzas in America list for 2020 by The Daily Meal. What he will tell you in person though, is how he perfected his iconic pizza recipe, and his journey throughout the history of a declining Quindaro Boulevard as he continued feeding the neighborhood’s people since the three largest pizza chains bailed from the area years ago, noting “If they won’t, Wilson’s will.” In episode one, Saving Quindaro, Wilson will tell you how he made sure to employ the youth of the neighborhood, not just to keep them off of the streets, but to show them the value in doing honest work that you believe in.

Legacy is not something that is born when we pass, or when all that’s left of us are our possessions for someone else to find and interpret. Legacy is as alive and breathing as we are. Sharing it while we live is just as valid as when we are not. The purpose of this project is to do just that—celebrate and elevate the living legacies that make our community what it is today.

You can watch Crayge Lindesay’s and Gary Wilson’s stories at truththereason.com/films, along with eight others in the ten-part docuseries.

—Roger Suggs (also known as the rapper Vigalantee) is the coordinator of student activities at Kansas City Kansas Community College (KCKCC). He is a social activist for human, civil and labor rights and supports several youth outreach programs in the area. Financial proceeds will support Safe House, a grassroots community program that provides emergency housing for youth and students, the only one of its kind in Kansas City, Kansas.