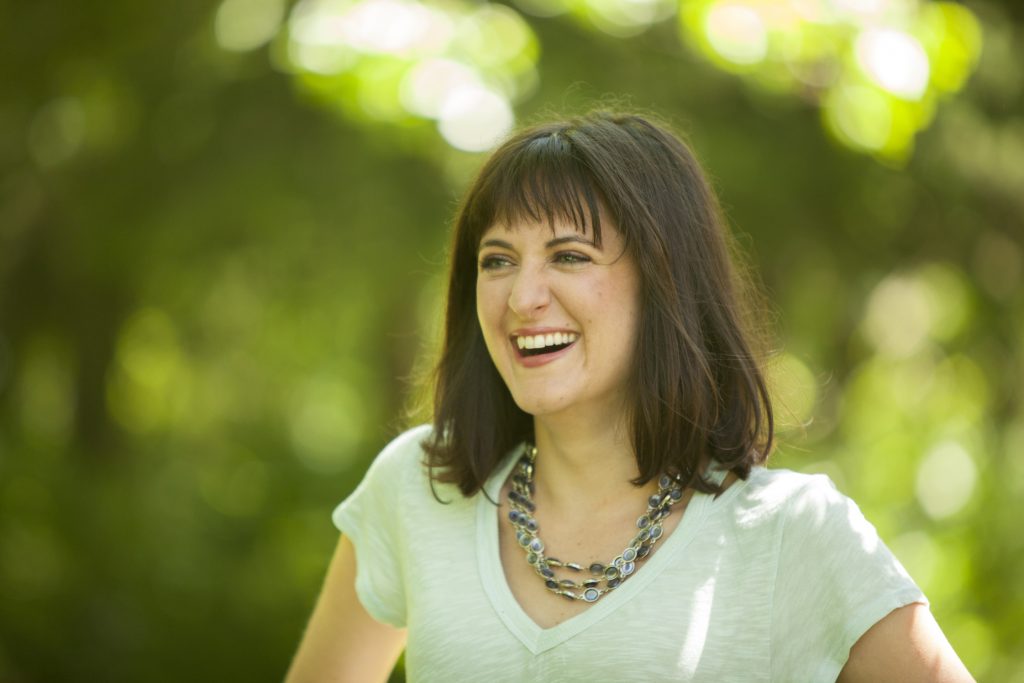 Rarely does an interview start out with: “I have some seen some sh*t—figuratively and literally.” But, then again, Eliza Cantlay is not your average interview. Cantlay is a professional organizer who has been helping Kansas Citians rid their homes of junk, clutter and other sundry items for eight years. And her stories have stories—most are tales of triumph, albeit nausea-inducing victories.

In 2010 Cantlay started her thriving business, Simplicana, with the need to scratch an itch. Little by little, Cantlay found herself becoming increasingly fastidious. She started simplifying by purging things she didn’t need. It became a way of life that she wanted to share with the world. “At first I just liked to put things in order. I didn’t know I’d ever have such a passion for decluttering,” says Cantlay. “I get a second-hand high from decluttering stuff people don’t need. Organizing is fun and it’s what I’m certified to do, but helping people purge gives me happiness on a soul level.” 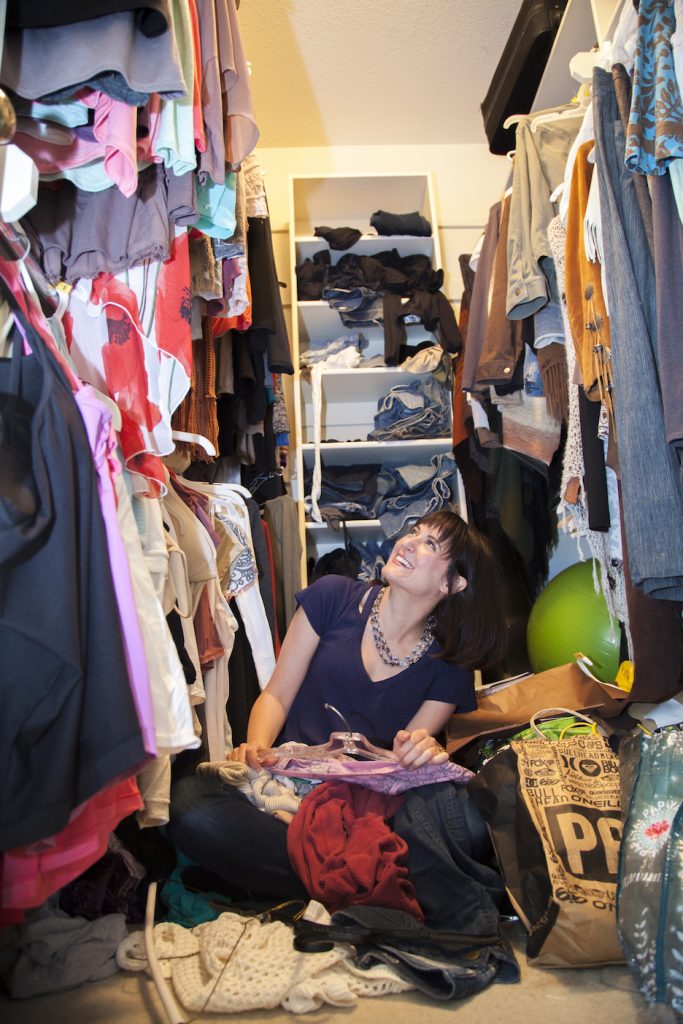 Kansas City, meanwhile, is a metropolis ripe for the picking. Apparently, we’re a bunch of packrats in the Midwest. “Take a place like KC—with a low cost of living—where people can afford to buy giant houses and fill them with …” Cantlay pauses, “… crap.” But she doesn’t want to just bag on the Midwest. She suggests America has a problem with excess. “I don’t know what it is. I’ve traveled all over the world and Americans—above everyone else—have a lot of stuff. It’s like they love ownership,” says Cantlay. “I don’t see that anywhere else in the world to this extent.”

Give Cantlay a few hours and she can work miracles—that is, if you’re receptive to letting go. Not everyone is. Mercifully, some of her packrat clients just need a little prodding. “60 percent of those who hire me know what to do, and just need an accountability partner to actually do it.” says Cantlay. “The other 37 percent were never taught decluttering skills because they don’t teach it in school,” she laughs. “And then 3 percent of my clients are clinical hoarders.” 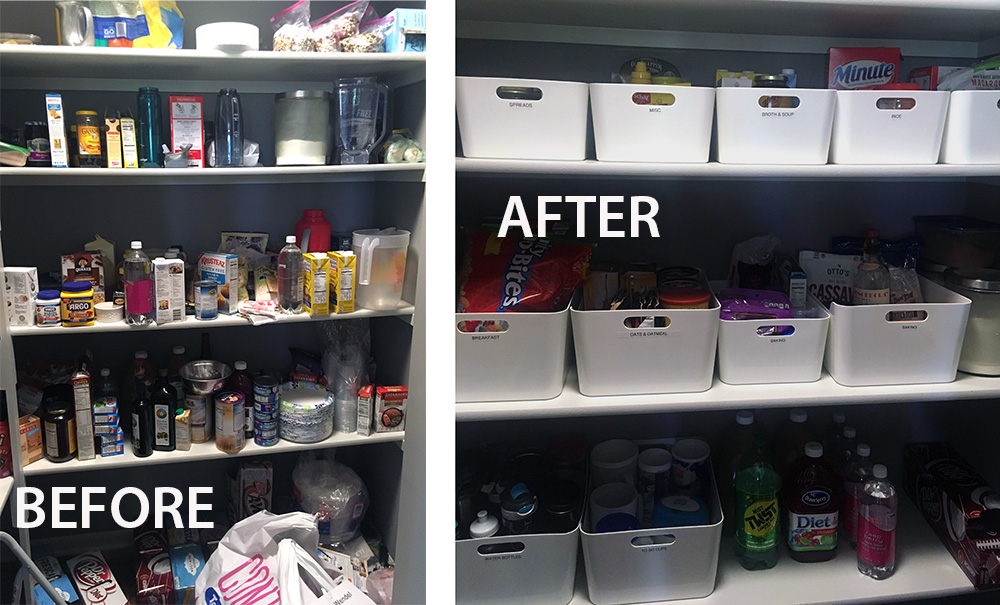 Cantlay mentioned that packrats are the easiest to work with. They tend to acquire because they can, or because they saw similar traits with their parents. “Most folks are keeping stuff for reasons that are not deeply emotional; most of us are never taught to question why we obtain and keep what we do,” says Cantlay. Dig a little deeper though and sometimes there’s emotional baggage that goes along with an overflowing storage unit. Cantlay is receptive to all of it. “Clutter is a physical clue that something emotional needs to be released. If someone grew up poor and they have that scarcity mentality—there’s a false security in having stuff,” says Cantlay. “If people have unaddressed grief or trauma, they may use stuff as a distraction from simply facing their demons.”

Cantlay never expected to play the occasional therapist, but it goes with the territory. “I learn all sorts of personal things about people, and it’s a privilege,” she says. Stumbling across a raggedy teddy bear can prompt a story about a messy breakup. “Sometimes people just need somebody to listen to their stories, and then they’re ready to let go,” says Cantlay. “Human connection and conversation can make it feel safer to release things. And it makes sense, because hoarders are some of the loneliest people.”

But what are people hoarding? From old clothes to school supplies, you’d be surprised. “I could recreate a forest with the amount of papers that people keep because they think they need them,” says Cantlay. “And for some reason, everyone and their mom likes to collect National Geographics.” And clothes—so many clothes. Multiple closets full. Fun fact, according to Cantlay: we wear 20 percent of our clothes 80 percent of the time. “That’s why I have a capsule wardrobe,” explains Cantlay.

If you get a chance, ask Cantlay about the walking stick made out of a petrified bull penis she once discovered. Or the person who must have owned stock in Post-It Notes. “To be clear, 50 reams of Post-Its is too many Post-Its,” laughs Cantlay.

If your basement or home office is overflowing with whatnot or if your closets are in desperate need of expunging, Cantlay will get her hands dirty to assist. She’ll even help your computer breathe a sigh of relief. “Lately I’ve been helping people get digitally organized and can get that number of unread e-mails—tens of thousands sometimes—down to zero,” says Cantlay.

Another upside? She’ll personally take your cast-offs to get recycled or donated, free of charge. (Many of those crafts and office supplies will end up at Scraps KC—a creative reuse center right here in town. “I’m keeping as much stuff out of the landfill as I possibly can” says Cantlay, a self-described environmental nerd. “Besides, most of my clients don’t have time to deal with donations.”

But don’t ask her to simply reshuffle or rearrange the items in your house. That’s not her jam. “I’m drawn to jobs where people want to really let go,” says Cantlay. 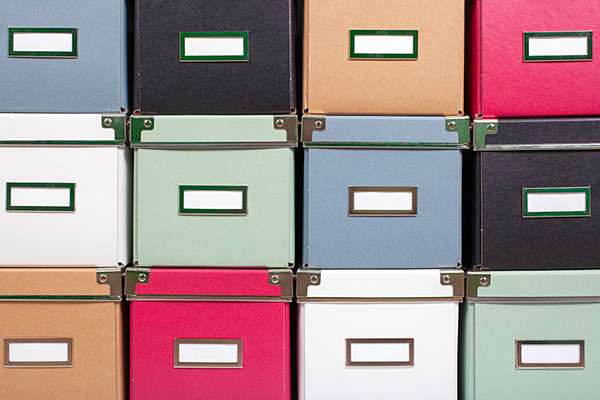 1. Get clear about your goals and make them meaningful to YOU. “I’m decluttering this room so that my grandchild has a comfortable place to sleep when they visit” is way more motivating than “I’m doing this because my partner insists.”

2. Don’t berate yourself or focus on the entire project or you will get overwhelmed. Start near the doorway of the room you are working in and pick up the first item. Do not touch any other item until you have decided on the one in your hand, even if that decision is to put it in the “I’ll think about it” box.

3. Establish a permanent “donation station” box in your home (preferably one per floor). The key is to always have a place to put items that are on their way out. Take it to charity when it gets full, then replace the box.