KC native Joel Barrett stakes claim to being a LGBTQ author, speaker, and gatherer. But that wasn’t always the case. “In what feels like another life, I was a fundamentalist, Baptist pastor living in the Midwest with my wife and three kids. I was godly, but I was gay. In that world I could never be both,” he says. “Being gay was not an option. I spent 36 years trying to change who I was by doing all the right things.”

Ultimately Barrett—in a final effort to keep his secret—resigned his church and spent nearly three years in ex-gay “or what is now more commonly referred to as conversion therapy. I went to individual and group counseling sessions, attended retreats, read the books, went to conferences, listened to the speakers, fought evil spirits with the counselor, and cried and prayed like never before in my life,” he says. “As you can see, it didn’t work.” 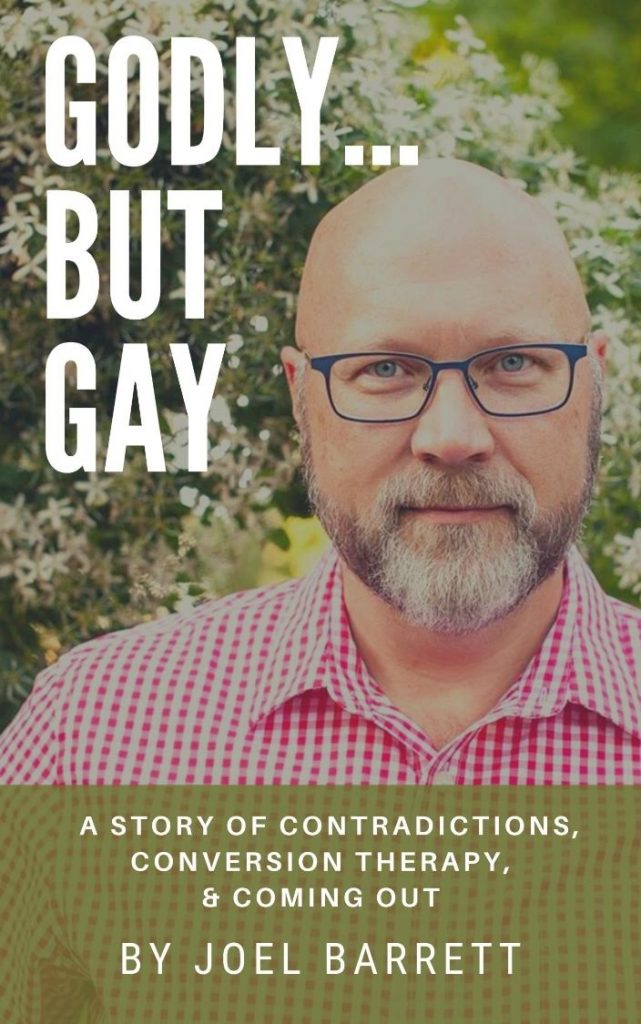 Today, Barrett is happily married to his husband of 15 years. He recently released a new book Godly … But Gay which “shares my colorful story with audiences everywhere to encourage them to live authentically not controlled by fear and shame,” he says. We sat down with Barrett to learn more about his profound new book.

What was the genesis of Godly … But Gay?
“I was in my late 30s when I came out after spending nearly three years in ex-gay, or conversion therapy. I finally found the courage to be me after living life engulfed in fear and shame.

When I finally came out to myself after the years of turmoil, hopelessness, and hiding who I was, I told myself that I would never shut up about my experience. I would speak up and speak out for those who cannot. I felt so alone and hopeless in my journey. No one should ever feel that. I will tell my story. I’ve always said, ‘I’m an open book.’ Now, I, literally, am. In the acknowledgements section of my book I say: ‘To everyone over the years who has said ‘that’s quite a story, you should write a book.’ I did.”

Change is all about moving forward—and that’s what you’re doing for others, yes?
“I help individuals on their journey toward authenticity. I call myself a gatherer because I excel at creating space for people to listen to stories and have real conversations that build bridges instead of burn them.” 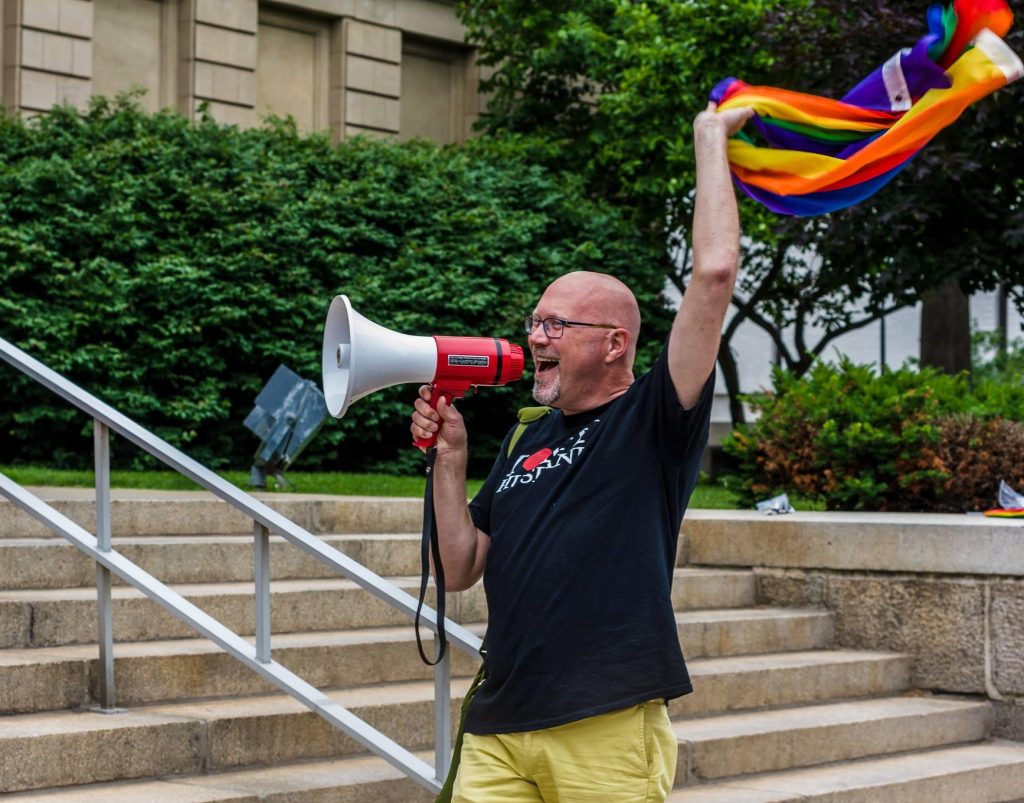 What has the response been from readers?
Response has been overwhelming. I knew I was supposed to write this book but receiving the personal messages and reviews about how it is impacting lives and opening hearts and minds is so rewarding for me. The review that really made my day was from NY Times best-selling author Frank Schaeffer who wrote Crazy for God and many other books.

He wrote: ‘This book is the most devastating yet hope-filled critique of the false promises of fundamentalist Christianity I’ve ever read. Period. It is a very important work because few people seem to understand that the most religiously fervent and godly people in America are gay. Joel is one such person, former pastor, father, and husband. He has written a gem of a book on the human journey we all take—whatever our sexual orientation or gender.”

I receive many emails and messages from closeted or newly out people who find hope and courage from the parts of my story about coming out. They are often concerned about the fallout from family and relationships that might occur when they do come out. When people are worried about rejection from people in their life, I encourage them to look at it like a gift. It’s a gift when someone shows you who they really are. You no longer have to wonder. Truth is a gift. Do you really want people close to you who only accept their imagined version of you?”

How are readers describing your book?
“Hopeful. I love that this is what they feel from reading my story. I lived so many years feeling void of any hope. I told myself I would never shut up about this because I don’t believe anyone should feel the pain of having no hope. If Godly…But Gay is giving people hope, that makes me incredibly happy!”

Was it easy to write? Cathartic?
Sharing my story has never been difficult for me because I’m committed to authenticity and transparency. However, I will say there is something about having it all in print that was a bit unsettling at first.

Standing before an audience and talking is something I really enjoy. I know how to work an audience. But when that audience is reading the book and I’m not there to fill in blanks and add color, that feels very different, but I’m getting used to it now. The incredibly moving feedback I’m getting really put that to rest for me.”

Thoughts on living in Kansas City and Midwest?
“I’ve lived in the Midwest most of my life. I don’t consider Kansas City my hometown, but I was born here. My family moved away when I was four.

My husband David and I moved to Kansas City in 2016 because of his job. I understand the Midwest mindset. I refer to it as Midwest nice. Midwesterners are typically hardworking and friendly people who prefer to smile and say something nice rather than engage in conflict or confrontation. Their votes and their dollars tend to reveal what they really think. This can make living one’s truth a challenge.

Someone once told me that in Kansas City it’s not who you know, it’s who knows you. I’ve found Kansas City to be a very warm, welcoming, and LGBTQIA friendly place to call home. It has been easy to integrate and make great connections both personally and professionally. My husband and I never run out of things to experience here.”

Where can people find your book? Godly…But Gay became available June 1st to celebrate Pride Month! You can purchase my book at JoelSpeaksOut.com or on Amazon in both print and Kindle versions. I plan to produce an audio version soon. (Order from the website and use the discount code PRIDE2021 for free shipping.)