Opening a business is hard enough, but try opening one in the middle of a global pandemic. Even though there were a few hiccups and false starts along the way, several metro companies opened their doors in the last several months—everything from a yoga studio to an electric bike shop.

In the midst of coronavirus adversities and challenges, there were several success stories along the way. 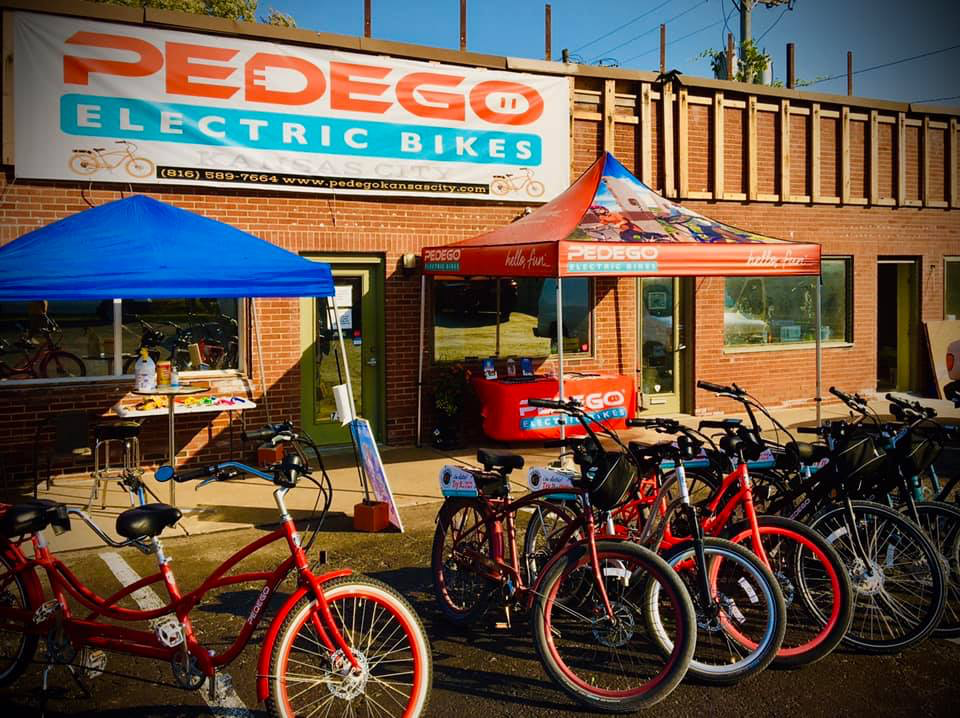 Pedego KC Electric Bikes — Waldo
The new shop unofficially opened in late March at the start of the pandemic when folks were hesitant about venturing out, but now the store is a welcome addition to the Waldo neighborhood. They are putting their hearts into getting you in gear—pun intended—and ready to tackle the open road.

“As winter came to an end, we had no idea when Pedego KC opened what was ahead and whether we would be allowed to open or not. Luckily for us, we fell under the Kansas City essential business designation for the transportation category.

From the beginning we were inundated with repairs and requests for traditional bikes. Then gradually word spread that we were also selling new Pedego Ebikes, as we had taken over from where Family Bikes had been located, a well-trusted and reputable bike shop to follow in their footsteps. The biggest pro was that the Family Bikes manager, Bruce Homstad, joined our Pedego KC team with over 25 years of bike staff and repair management skills. [Another pro? Ebikes are excellent ways to reduce stress and feel empowered to change to a healthy lifestyle.] Con? It was guessing what demand was going to look like as things opened up, and what demand will look like if Covid goes north or south, and its effect on supply chains.” —Dan Cain, owner 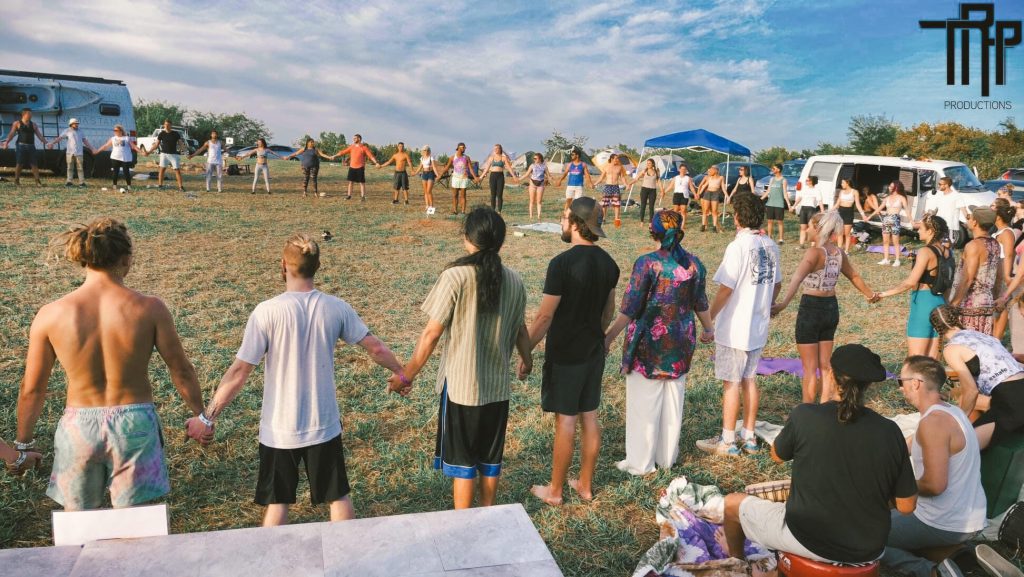 Yoga Brain — Kansas City
Yoga Brain launched in early June when they began planning annual festivals and retreats, pop-up classes, and online offerings via their Patreon page. Their first gathering in late September spread nearly 200 people across 44 acres of land in Shawnee. Classes started at 10 a.m. until sundown, with teachers leading a variety of movements and meditations. And it was a hit!

“It was exhilarating to envision the festival as we planned—yet frightening knowing the repercussions of a flop. Marketing any gathering in 2020 comes with criticism, even when the intentions are to heal and the distancing is safe. We wanted to throw a festival with Covid as the driver because people ached for an opportunity to feel free, and because no one else was hosting anything similar.

Yoga is a healing modality. It is anxiety relief and endorphin release and divine connection. Yoga is essential and can be practiced any time, with any person. If this year has taught us anything, it’s that we can’t afford to react to disease—we must prevent it. Yoga isn’t the end-all drug, but it’s cheaper than health insurance, and it’s a practice that can be done anywhere, anytime, at any age, for all people.

As an organization, Yoga Brain is just blossoming. We are strong with talent, and we are able to know where we can grow. [Look for their next event, ELEMNTL, to be held on November 5th—an overnight retreat at No Vacancy Hotel in the Crossroads.] ELEMNTL is an event to honor the elements—embracing the earth, water, fire, and air in all of us.” — Jennifer Martin, director 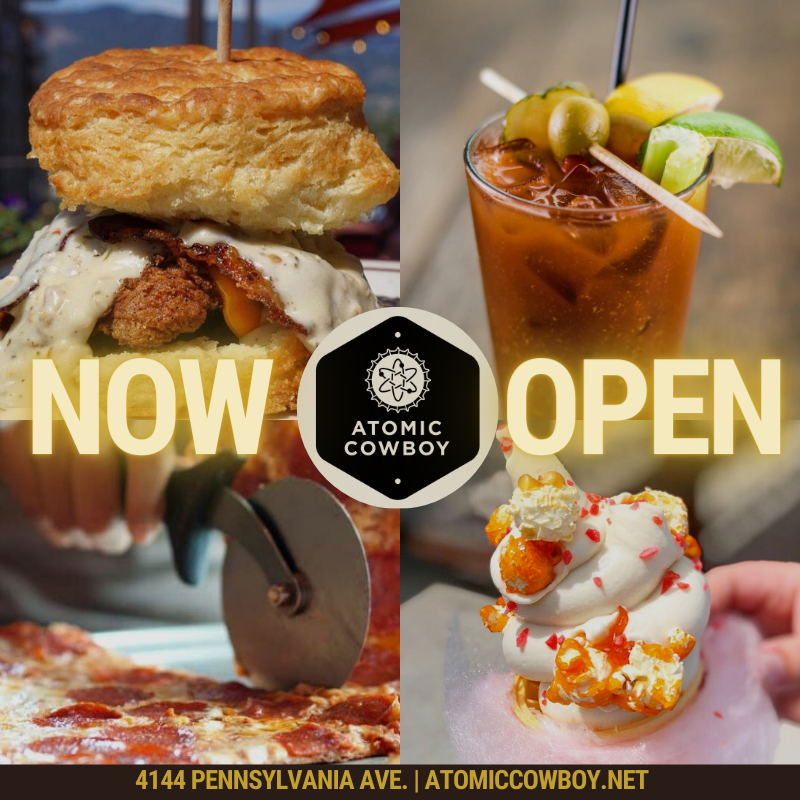 Atomic Provisions: Denver Biscuit Co, Fat Sully’s, Frozen Gold and Atomic Cowboy — Westport
Not one, not two, not three, but four tasty culinary concepts in one, Atomic Provisions opened in late July to substantial fanfare. It might have taken a hot minute to get there, but now the Denver-based restaurant/bar/creamery is a new jewel in Westport’s crown.

“We want to give guests an experience that provides comfort—and a brief and unique ‘escape’ that helps them forget about the pressures brought about by the pandemic—with our food, service, and atmosphere.  We are also able show our gratitude for the frontline heroes of the medical community with aggressive discount specials to recognize their commitment to our community’s health and welfare.

As the new kids in town, we have to work to effectively build trust with our staff, guests, vendors, and KC community in a time when everyone’s lives are more than a bit upside down. Our neighborhood hotels and hospital campuses, which are very dependable customer generators for the Westport District, have been hit especially hard with the significant reduction in travel as well as the emergency mode of operations in the medical sector. This further challenges revenues for all operators within Westport.” — Bob Schmied, operating partner 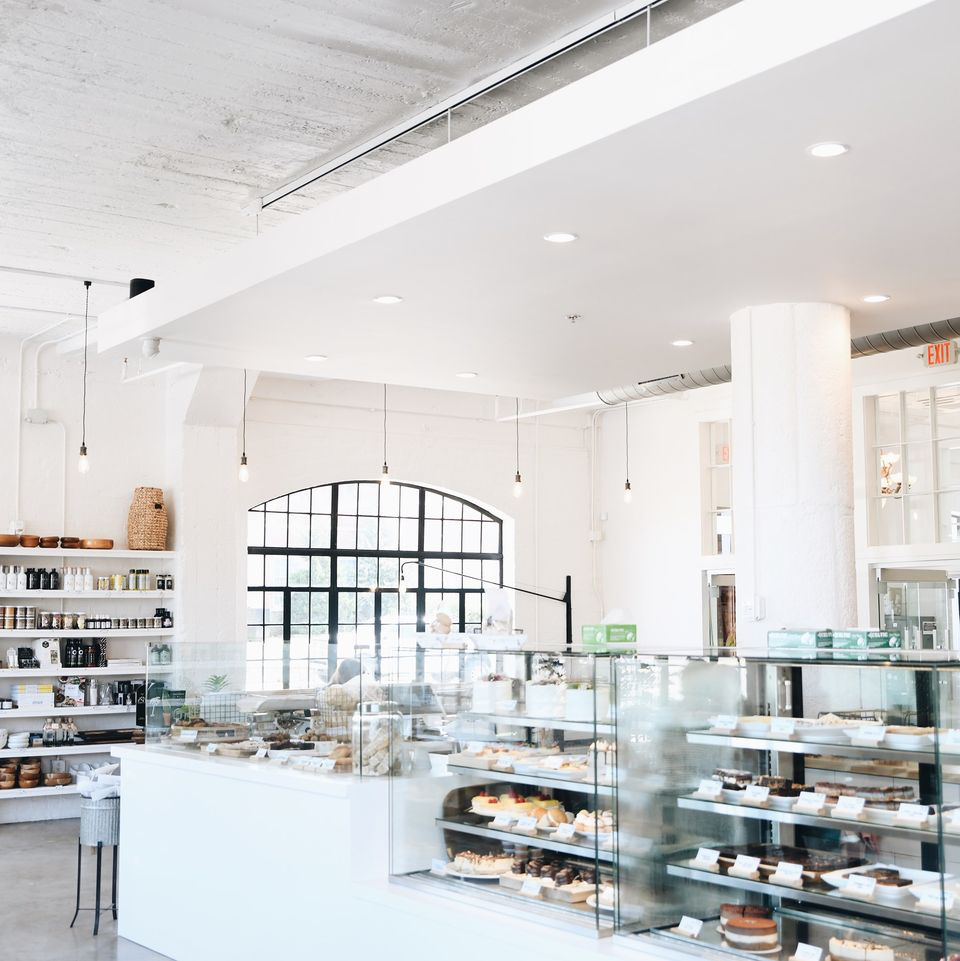 Billie’s Grocery — Kansas City
This new restaurant and bakery opened June 1st and serves up breakfast, lunch, and dinner. (Look for plenty of gluten-free and vegan options on the menu too.) The eatery is also hosting private parties/lunches and—more impressively—offers a full cooking school with fun hands-on interactive learning in the kitchen.

“It was an open or lose everything situation. We served takeaway for months. The staff has made it much easier and has been great when it comes to customer service and making people feel happy, healthy and in a safe, clean environment. The only goal is to make the customer happy. I look at every situation as a chance to learn and grow, and I feel this has made our staff closer and stronger as a team. Currently we still have less seating than normal, but we have poured a concrete patio for outdoor seating. You know, just in time for winter.

Our loss of business has cut the staff hours, making long hours for myself—some days 12 to 15 hour days. It’s hard making it work during these times, but I consider myself lucky to have opened—so I feel blessed. All this hard work will pay off and it will be worth it later—if not just a really great story to share someday. We have so much planned for the new year—immune-boosting workshops, lunch-and-learns, and much more.” — Robin Krause, owner 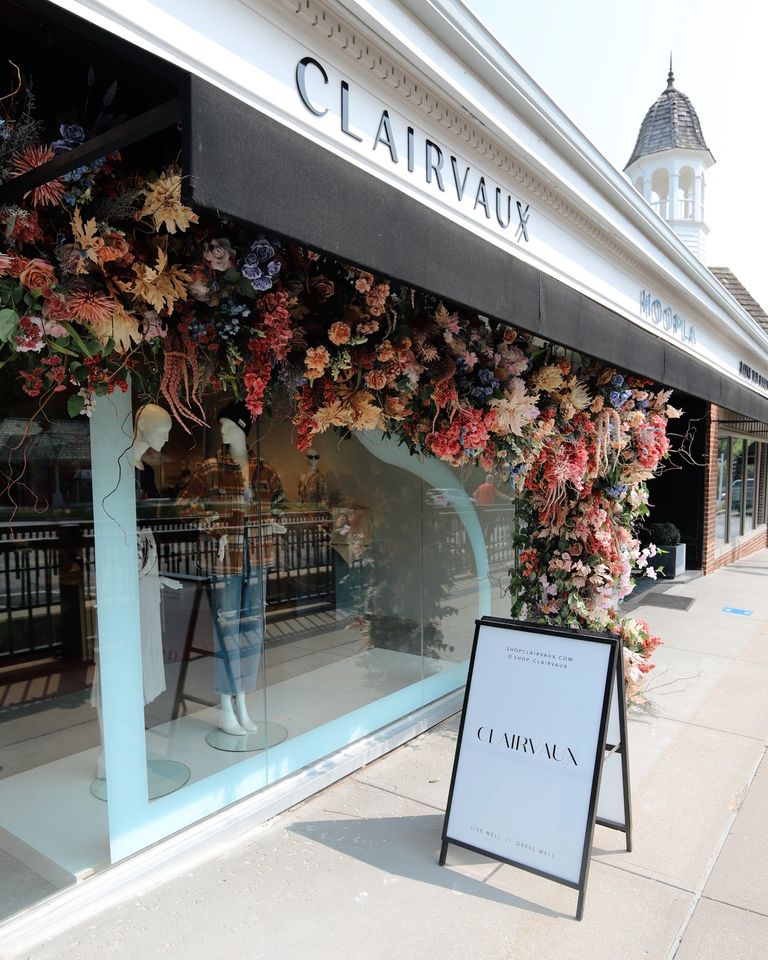 Clairvaux
When this exclusive boutique opened the doors on September 18th, there was a lot of uncertainty about opening during a pandemic and the anticipated response. Turns out, there was a much stronger reaction than owner Joni Johnson was anticipating.

“People were ready to get out and see something new and different. Customers have been pent-up, and online shopping does not provide the same experiential shopping experiences customers crave. We are all starved for interaction—and I think the opening of a new store with a different product offering gave people a reason to get out of the house and have a pseudo ‘normal’ life even in the midst of difficult circumstances. The cons of [opening during] the pandemic is that social gatherings are limited and few. So the drive to dress up or build your wardrobe has been diminished.

Looking back, there isn’t much I would change. I used what resources I had, made the most of private appointments, and controlled most of what I could control. I am looking forward to our first year anniversary event, hopefully with an end to the Covid-19 culture, where we can do a proper store celebration!” — Joni Johnson, owner 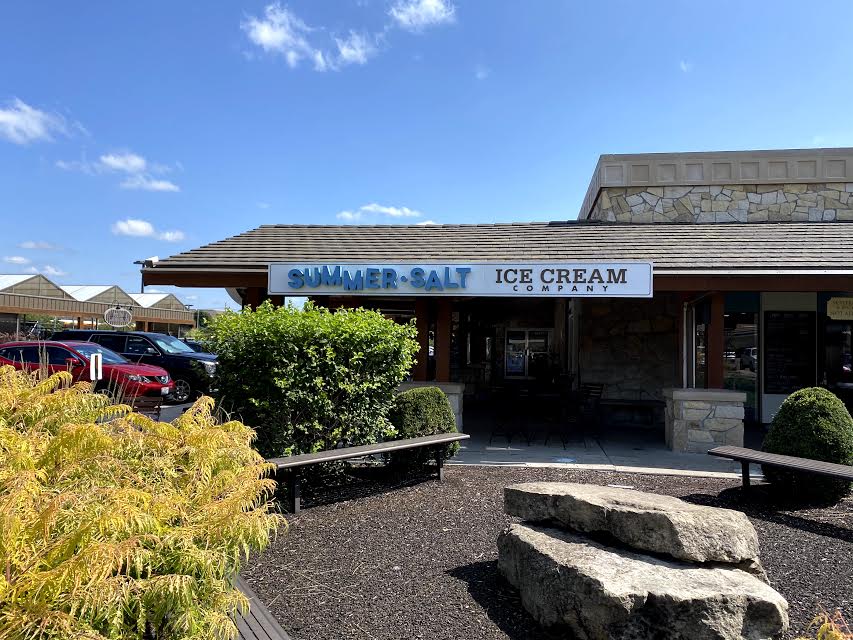 Summersalt Ice Cream Co.
When Summersalt Ice Cream in Prairie Village opened on June 5th, it was all very hush-hush. Because everyone had been cooped up all spring, owners Curtis and Amy Thurston were expecting a mad-crazy swarm of ice cream aficionados. Fortunately, the rush was manageable early on and now the creamery has found their footing and a bevy of loyal clientele.

“We had plans to have a grand opening. Not only did we not do that—we under-marketed our opening entirely. We spread out some local publication features, and online stories and had an extremely soft launch. We had designed the shop to have indoor seating with tables and a small counter, but eliminated that entirely.

Instead, our walk up window—an idea that I planned before the pandemic—became our primary point of sale. We were a new, exciting and safe place for people to come to as our community began to venture out. We added a step-and-pull door feature and focused on marketing the walk-up window and extensive outdoor patio—to which we just added heaters. Our pint, ice cream sandwich and ice cream cake business has been amazing. (We have a very talented baker and we’d love to showcase his creations.)

Really, all has gone well and we look forward to a normal climate to operate in.” — Curtis Thurston, owner

Could Your Swimwear Use a Mid-Season Refresh?