Kellen Whaley has always wanted to be on a reality show. “Since I was in high school, I always thought I’d be competing on Survivor or The Amazing Race,” says Whaley. “I never thought I’d be on one because of my cookie skills.”

Turns out, Whaley got his wish over the summer when he was chosen to participate in Christmas Cookie Challenge. The episode aired Monday on The Food Network. Whaley started baking about six years ago on a whim. “I started decorating cookies—watching tutorials on YouTube of people who knew what they were doing,” says Whaley. “I adapted it and taught myself along the way. My business Whaley Sweet has grown from word of mouth—friends of friends. It’s pretty fun.” 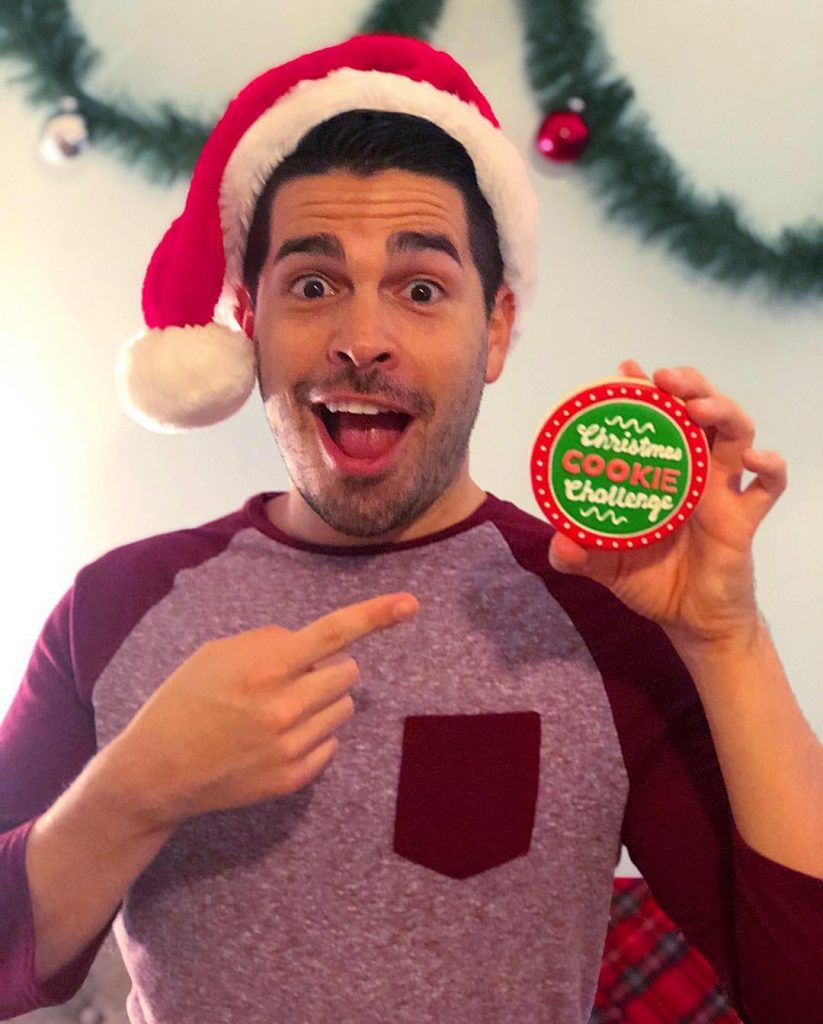 Clearly, Whaley must have honed his cookie-decorating craft to near perfection because he ended up beating several other contestants to win the $10,000 grand prize. “Going into it I was up against some very skilled competitors. Some were classically trained and had their own stores,” says Whaley. “I was confident in my skills, but I’m sure they were confident in theirs as well. I just had to focus on what I was doing and what I do best.”

Whaley’s decorating and baking skills were on display, but—as it turns out—he also wooed the judges with a few cleverly timed zingers. “The first challenge was a ‘Tropical Christmas’—because some people go away to warmer destinations—so I had to invoke the tropics. So I made a gingerbread man with a Hawaiian print shirt but ran out of time and didn’t have time to make him trunks,” says Whaley. “The Pioneer Woman (judge Ree Drummond) asked, ‘Where are his shorts? Is it one of those nude beaches I’ve heard so much about?’ I said, ‘Suns out, buns out!’ That got a pretty good response from the judges.”

In the second round, his Mexican Hot Chocolate Cookie—complete with “a toasted marshmallow on it”—immediately caught the judges’ attention­ and, uh, taste buds. “It was spicy! The judges loved how balanced the flavors were in my cookies. As far as the design, they said I had clean lines with the piping. More importantly, they liked the taste.” 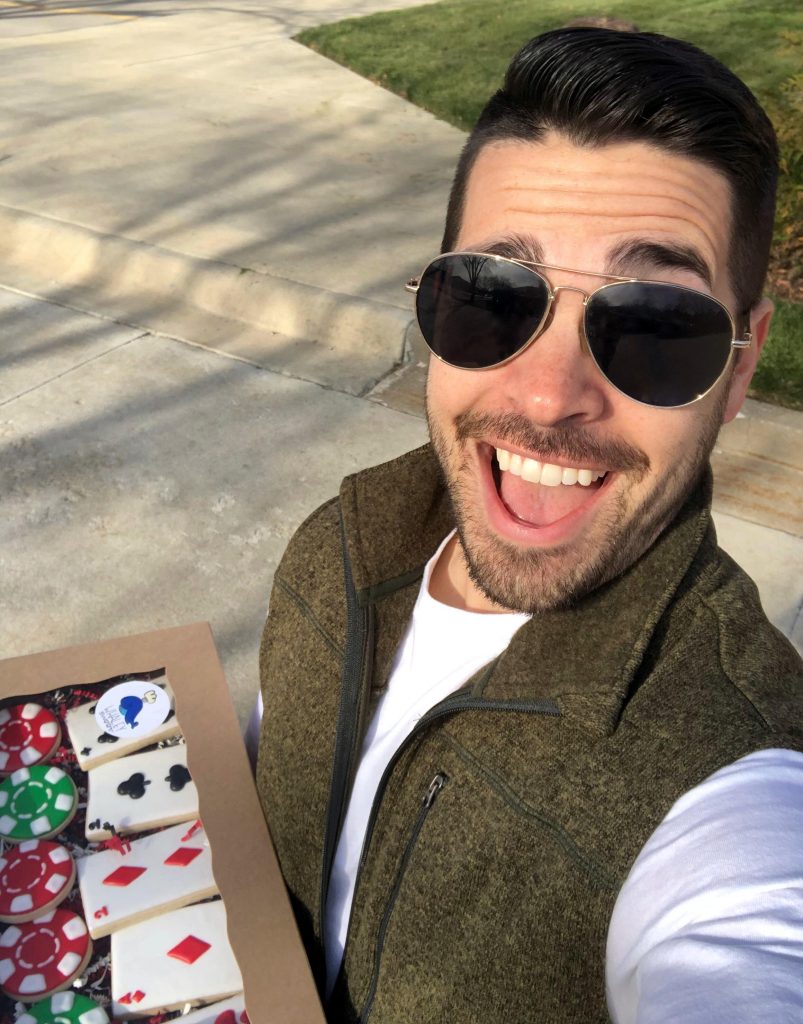 Since winning, friends and colleagues have been peppering him with the million dollar, er, $10,000 question. What is he going to do with his winnings? “I hope to invest some of it in my business. Everyone is like, ‘Are you gonna open a store?’ I don’t quite know what I want to do with it yet,” says Whaley. His co-workers were, of course, ecstatic. “I work for a fundraising and consulting firm in Lawrence—Pennington & Company,” he says. “Baking is more of a creative outlet for me—that’s how it all started.” Seems the company Whaley works for offers up a “dream grant” to their employees. Whaley applied for it and “was able to purchase some supplies that have made my cookies look that much better. So it started to grow from that,” says Whaley. “They invest in their employees and care about the things we strive to do—which is really great of them.” 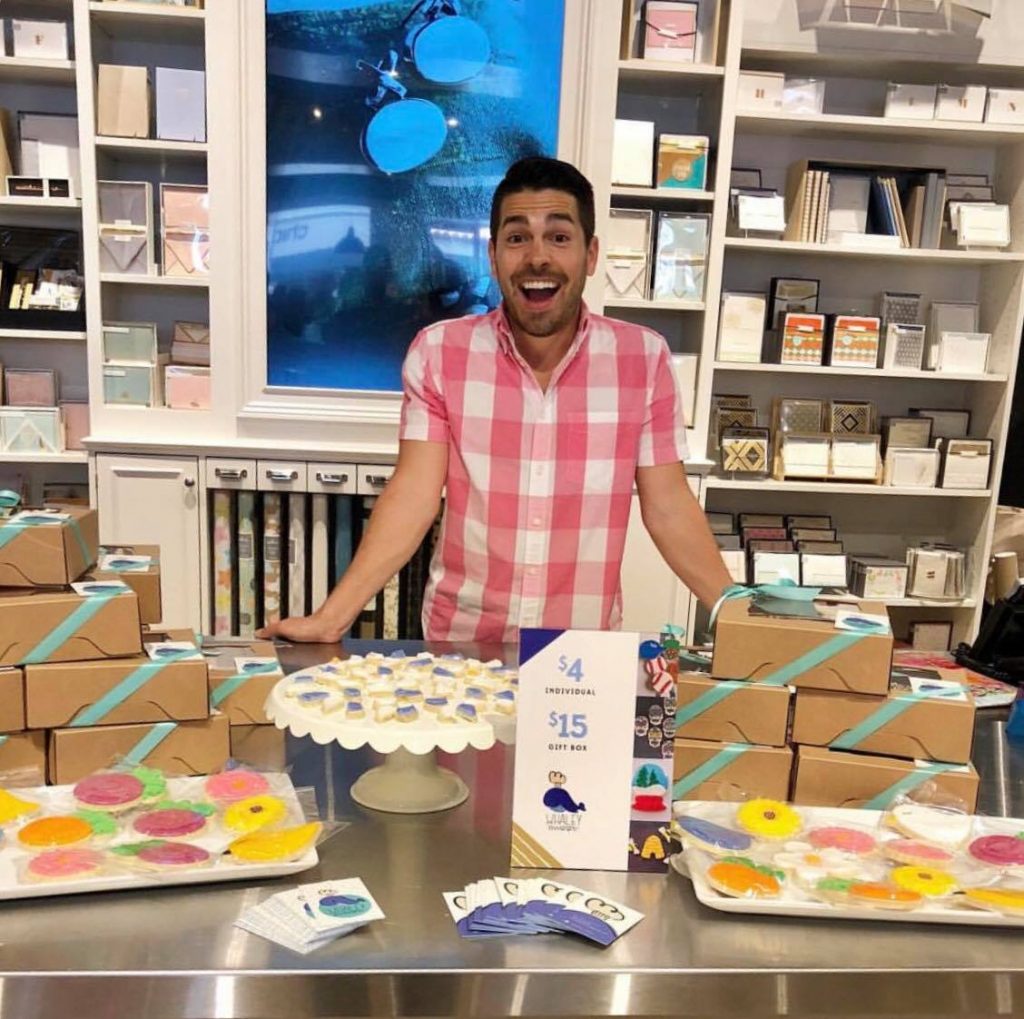 Want Whaley Sweet to whip up some Christmas cookies for your next holiday event? Get in line. Whaley’s stock (and his Instagram following) just went up. In the meantime, he’s celebrating and basking in the glow of his win.