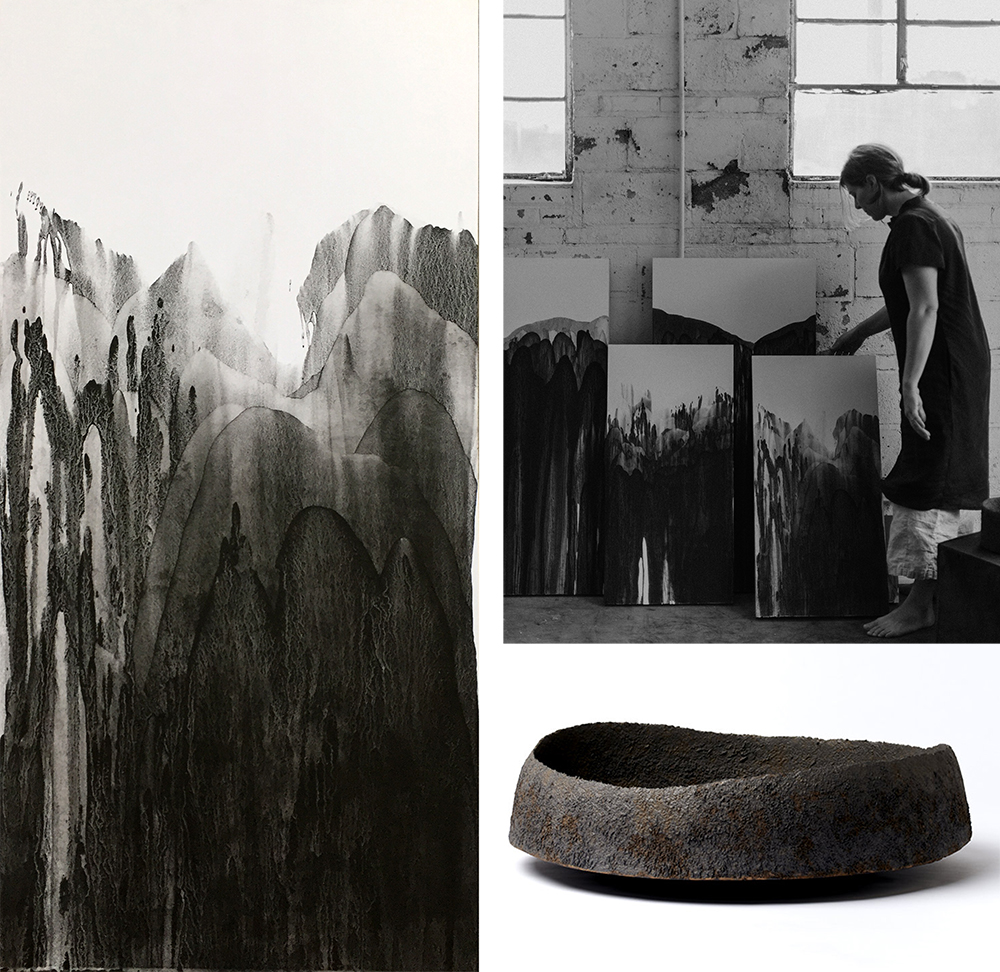 Artist Erica Iman of Kansas City is internationally and locally known for her ceramics inspired by natural landscapes. No two pieces are alike because each is hand made. Common threads in her pottery are jagged edges, uneven sides, and rocky surfaces from crushed granite.

For starters, she has added painting to her portfolio, using the powdered black iron oxide she uses in her ceramics and pouring it onto paper.

And she’s in the process of moving into a solo studio at 45th St. and Troost Ave. in the Hyde Park neighborhood, more than doubling her space.

“It’s been rewarding,” says Iman, who is collaborating with a growing number of designers and artisans. She recently created a sink for a Lisa Schmitz Interior Design project.

And while she’s shifted further away from functional pottery like tableware, ceramics are still her focus.

Iman’s pieces are available on her site ericaiman.com and at KC Urban Potters, a collective of full-time studio artists she co-founded in Westport, and at the Plaza Art Fair this month. She hopes to open her new studio in November.