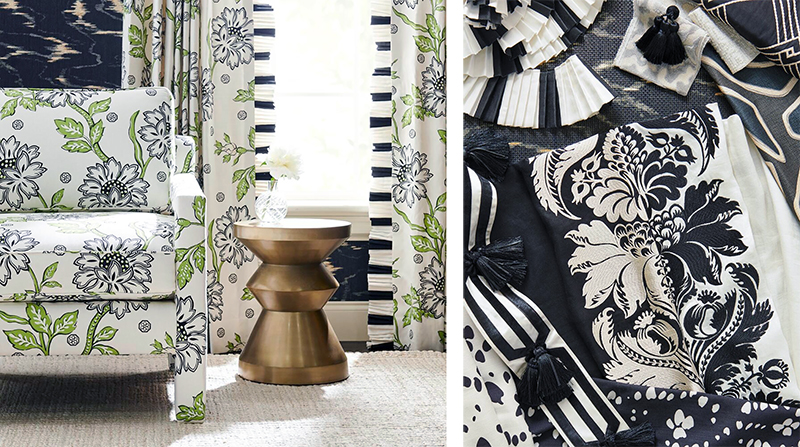 Caroline Swanson Price began her career in political communications, but when she moved to London in her 20s, she designed her own flat, which was featured in British House and Garden magazine. This delightful turn of events and her studies in interior design led to a career in decorating. Recently, she’s taken the next step in her successful career by designing a line of fabrics, wallpaper, and trims for Vervain, the luxury textile house. The inspiration for the Montespan Design collection comes from a historical source.

“I became fascinated by Athénaïs de Montespan, maîtresse-en-titre to Louis XIV,” Price says. “It’s an incredible story. When I was reading about her, the stories of her life inspired the idea for fabric patterns.”

“Louis gave her the Hope Diamond, and I had a vintage kimono which reminded me of that. It became part of the story and inspired “Montespan Rocks,” she says. “Soon, I realized that I had completed an entire collection. Shortly after I received an email invitation to an event to meet David Finer, the CEO of Fabricut. “

She says the partnership evolved effortlessly. The resulting collection is filled with color, texture, and patterns rich enough for a formal living room and whimsical enough for a casual sunroom. While the collection is inarguably beautiful, it lives well, too.

“As a designer I was able to bring common sense to my designs,” she says. “I wanted the collection to be practical and approachable as well as beautiful.”

Montespan Design fabrics are available to the trade through KDR Showrooms in Lenexa.