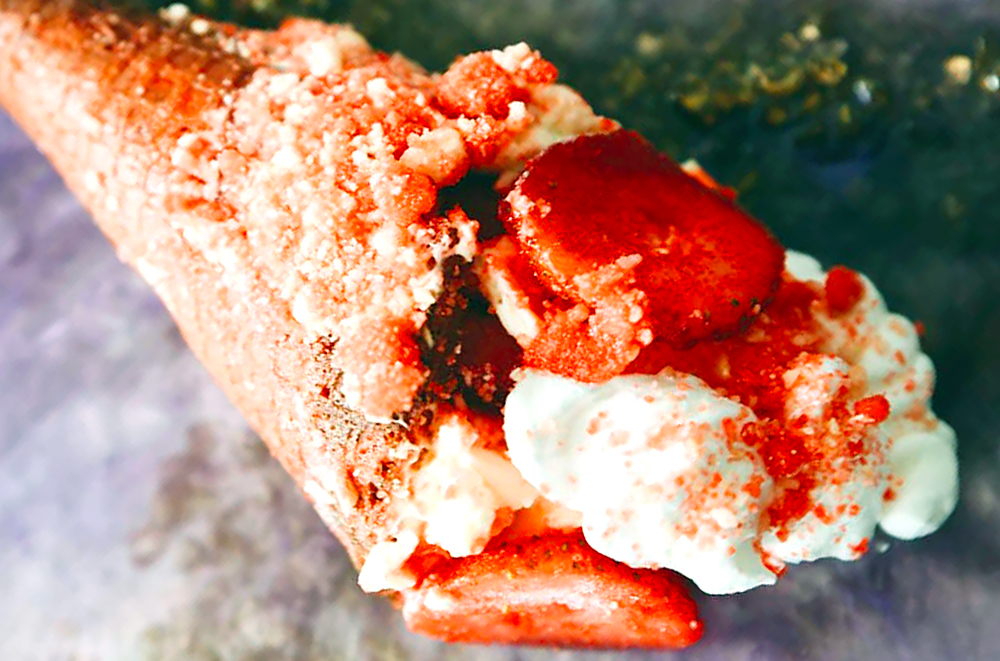 Forget about Cersei and Danaerys—there’s a new queen in town. Deangeleia Kennar’s Queen of the Cones (named in loving tribute to HBO’s Game of Thrones) serves up elaborately topped cheesecake-filled waffle cones in flavors like maple bacon, which pairs creamy cheesecake with crisp bacon drizzled in a maple bacon sauce and served in a homemade vanilla cone. Kennar was introduced to the novel dessert concept by a friend who asked if she could make a cone filled with cheesecake, and it wasn’t long until orders for the unique treat started pouring in from across the metro. Hungry for yours? Queen of the Cones currently accepts orders two to three days in advance through Facebook (facebook.com/queenofthecones), Instagram (@queenofthecones), and Tock, and cones are sold in pairs, with two for $15.