News
1 month ago
by Jenny Vergara
0 0 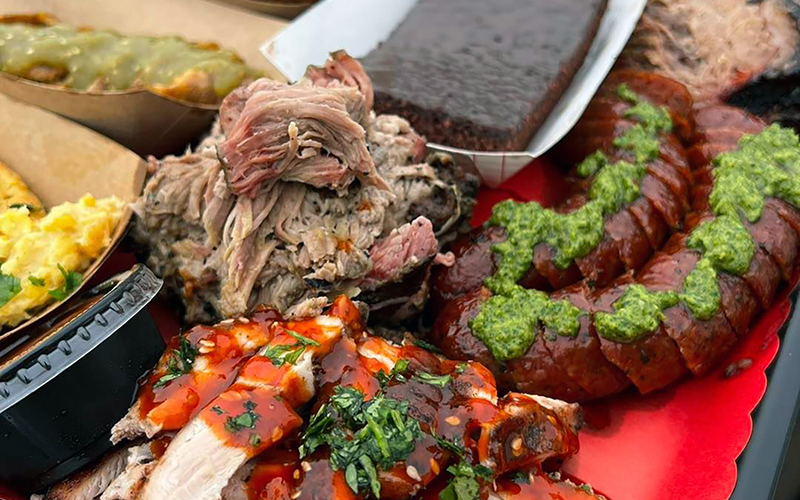 Barbecue lovers, give thanks! After six years of serving platters of his Texas-style beef brisket, smoky sausage, and tender, pulled pork in the parking lot of Crane Brewing, Tyler Harp will open his first barbecue restaurant, Harp Barbecue, in downtown Raytown this month. Harp has built both his stellar reputation as a serious pitmaster and barbecue business one weekend at a time in Raytown, so when he chose where he would open his first location, it was important for him to stay in place and serve the people that supported him along the Rock Island Trail. It took some doing to find a space big enough to serve his guests that also had plenty of parking and room to fit his barbecue rigs, but now that he has, fans can expect to find quality smoked meats. And with a full commercial kitchen, he will be able to offer more upgraded sandwiches, sides, and desserts. A liquor license is also in the works, where a full roster of local beers, including several from Crane, will be available to pair with his barbecue. He looks forward to being open just in time to catch the last of the crowds headed to watch the end of the 2022 Chief’s season at Arrowhead stadium.