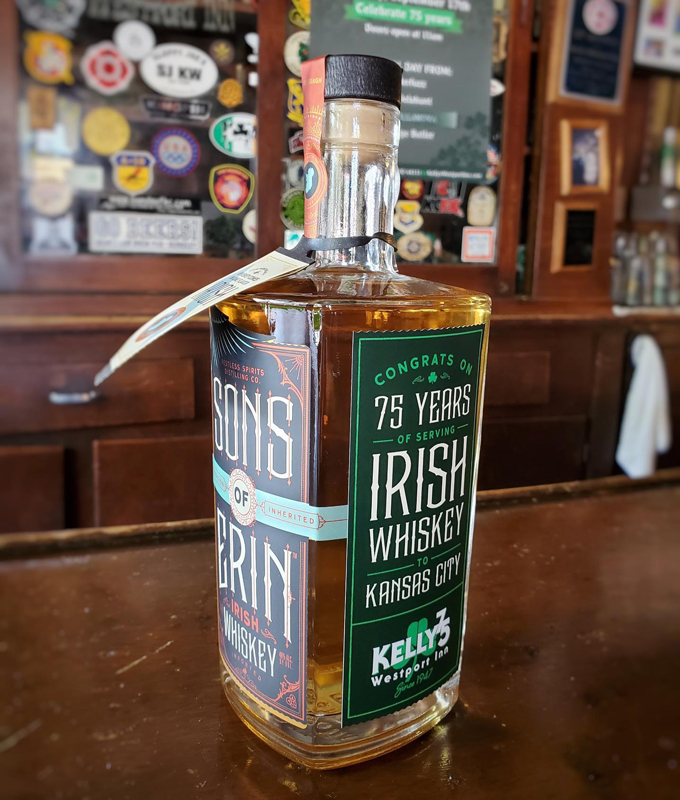 Ask any longtime Kansas Citian about Kelly’s Westport Inn, and they’ll likely have a story or two to tell about nights spent at the Irish pub.

The historic bar has been part of Kansas City’s DNA since 1947, and this week marks 75 years since Randal Kelly, a native of County Clare, Ireland, was hired as a bartender at Westport Inn and locals were soon referring to the place as “Kelly’s.”

The Irish pub was officially renamed Kelly’s Westport Inn in 1977, and to date, has passed through three generations of the Kelly family.

Pick up the commemorative bottle at Kelly’s Westport Inn (500 Westport Road). Even better? Stop by on Saturday, September 17, for Kelly’s 75th Anniversary Bash, where you’ll find music in the streets, guest bartenders, and whiskey samples from 11 a.m. to close at 3 a.m.