‘Tis the season to raise a glass and toast holiday cheer. If you’re on the hunt for a new cocktail or adult libation to serve your socially distanced guests, here are some delicious ideas and suggestions. We’ll drink to that!

Whiskey À Go-Go: Tavern in the Village
There’s no doubt 2020 has been a year of the new normal. Tavern in the Village created its own new normal in the cocktail department to keep up with the times. Behind the bar, Tavern noticed guests turning to their favorite classic cocktails that have fun new twists, giving them a taste of the old, with a pinch of new. Beverage manager David Saylor kicked the standard Manhattan cocktail up a notch, or should we say three, when he combined locally sourced raw honey with brown and white sugar to create what he calls “a triple syrup.” He added the spices of the season—cinnamon, cloves, allspice, and star anise—plus Virgil Kane’s ginger-infused bourbon—to create “a bright and flavorful cocktail that showcases traditional holiday spices,” he says. (Otherwise known on the menu as the Honey Spiced Manhattan.) 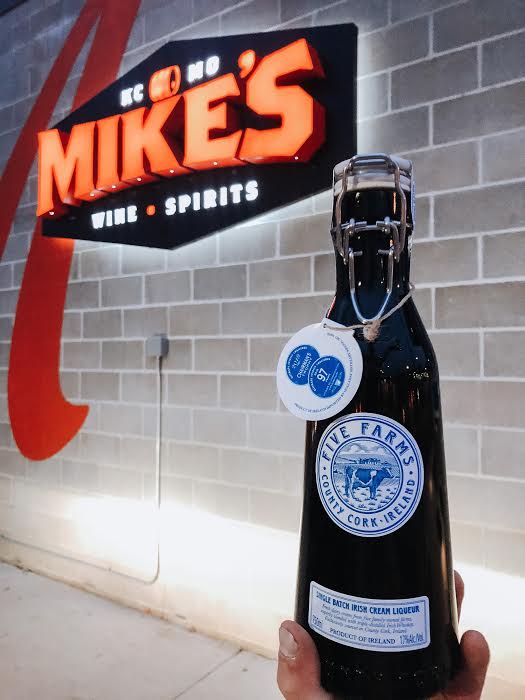 Creamy Dreamy Liqueurs: Mike’s Wine and Spirits
Mike’s Wine and Spirits manager Andy Doohan weighed in on the trends they’re seeing. “It’s clear customers are reaching forcomfort this holiday season—whether they’re shopping in the store or ordering delivery from our app,” he says. At Mike’s, cream liqueurs—like RumChata and Kahlua—have been flying off shelves now that everyone is transitioning to warm and cozy cocktails for the colder days ahead. “They’re trading in their standard cup of joe for an Irish coffee and spiked hot cocoa,” Doohan says. “A popular cream liqueur we see trending year after year is Five Farms Irish Cream. It’s a single-batch cream combined with a premium triple-distilled Irish whiskey, so it’s smooth and sweet but still has whiskey flavor and warmth,” he adds. (Plus, the old-school glass bottle with swing-top cap doubles as a stunning conversation piece.) 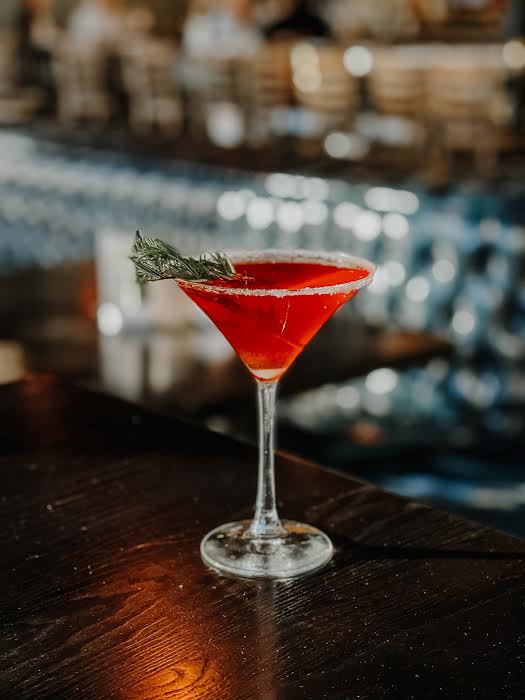 Merry Cranberry: Summit Grill
Cranberries are taking over the spotlight this holiday season. These bright, sweet-tart berries add a festive (and flavorful) pop to just about any cocktail and are easy to balance with the warm flavors of winter. Jumping on the trend, the team at Summit Grill crafted a seasonal holiday cocktail to accomplish just that. Amber Craig, the front-of-house manager at Summit Grill, wanted a cocktail that captured the flavors, comforts, and magic of the season. “I took inspiration from the aromas of the sweet cranberries and rosemary filling my kitchen to create the Cranberry Sparkler,” says Craig. This zingy holiday cocktail combines Tito’s Handmade vodka, cranberry turbinado simple syrup and is adorned with a sprig of rosemary and a sugar rim. “The shimmer of the sugar rim paired with the rich color of the cocktail reminds me of my favorite Christmas tree ornaments,” she says. Talk about making spirits bright!