If you’ve never seen the riveting holiday musical Santa’s Elf Saves Christmas, you likely missed Tim Bair’s stage debut as “Paddy the Pixie.” The KCK native ultimately went on to sing and dance around the world. Eventually Bair ended up in New York City—”every Midwestern theater boy’s dream!”, he says—where he was chosen for the companies of 42nd Street’s European tour and My One and Only, starring Jodi Benson (the famed voice of Disney’s The Little Mermaid).

After an extensive run, Bair returned home to Kansas City in 2010, where he currently serves as the manager of Fine and Performing Arts for JCPRD and the producing artistic director of Theatre in the Park, a Kansas City institution and the largest outdoor community theater in the country.

We caught up with the producer extraordinaire as he brought the curtain down on the ABBA-rific musical Mamma Mia and opened Curtains, which just debuted last Friday. He hit us up with five things you don’t know about him: 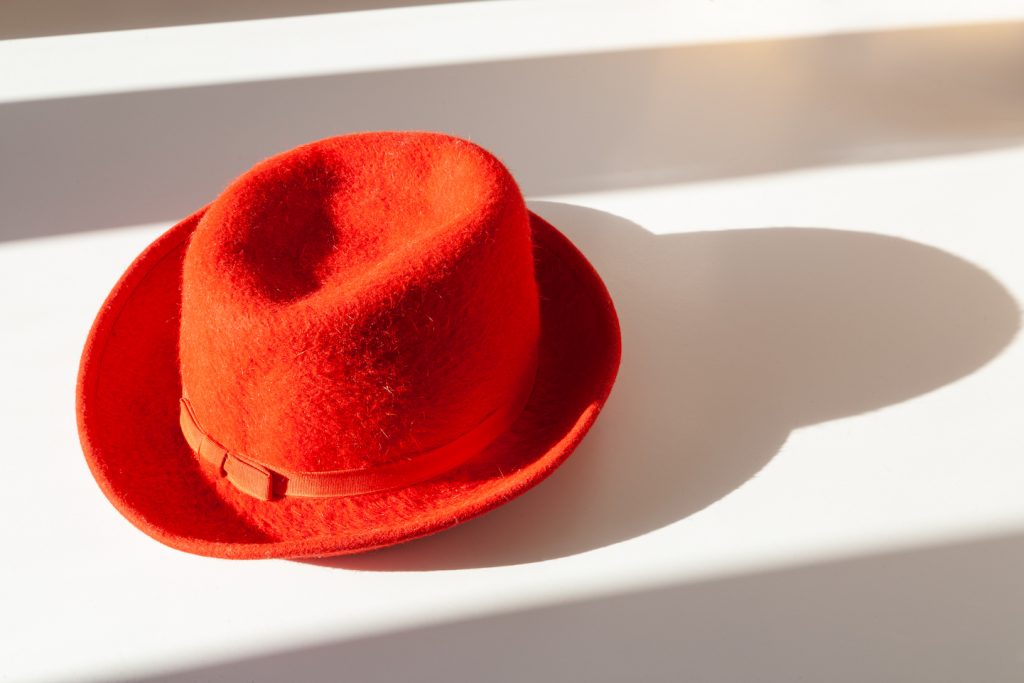 5) Our family has a love of hats.
“My particular favorite is a pork-pie. Later in life my favorite color changed from red to olive green. Orange is a close favorite, but orange requires a little more bravery when trouncing around in public. Although, I suppose, so does wearing a hat!” 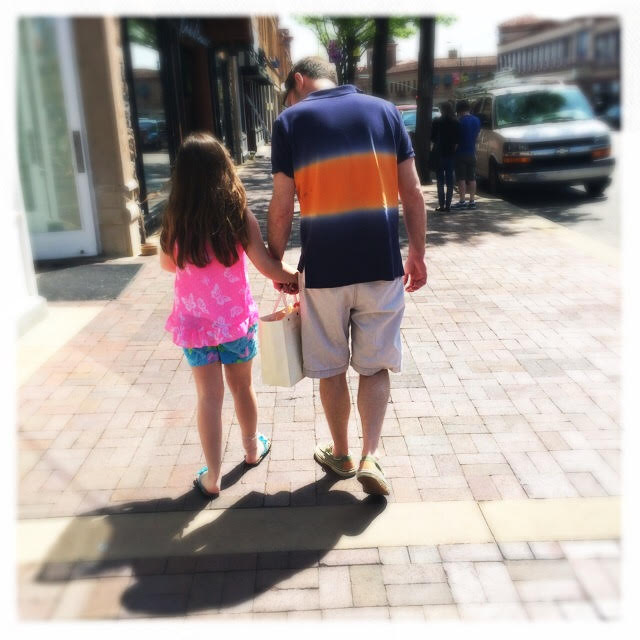 4) I have a collection of my husband and stepdaughter walking hand-in-hand down many sidewalks.
“The collection spans many years. I just love them. It’s like looking at a sweet secret conversation between daughter and daddy.” 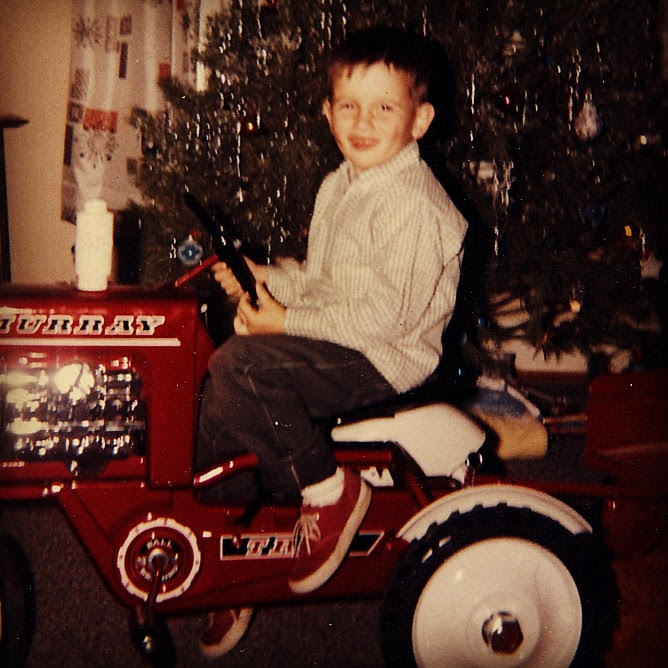 3) I have loved red Keds for as long as I can remember.
“You will note how they match the Christmas tractor—evidence of my long-term love. And later in life poised atop Snoopy’s house from Theatre in the Park’s production of You’re a Good Man, Charlie Brown. (Please also note the Keds match the doghouse.)” 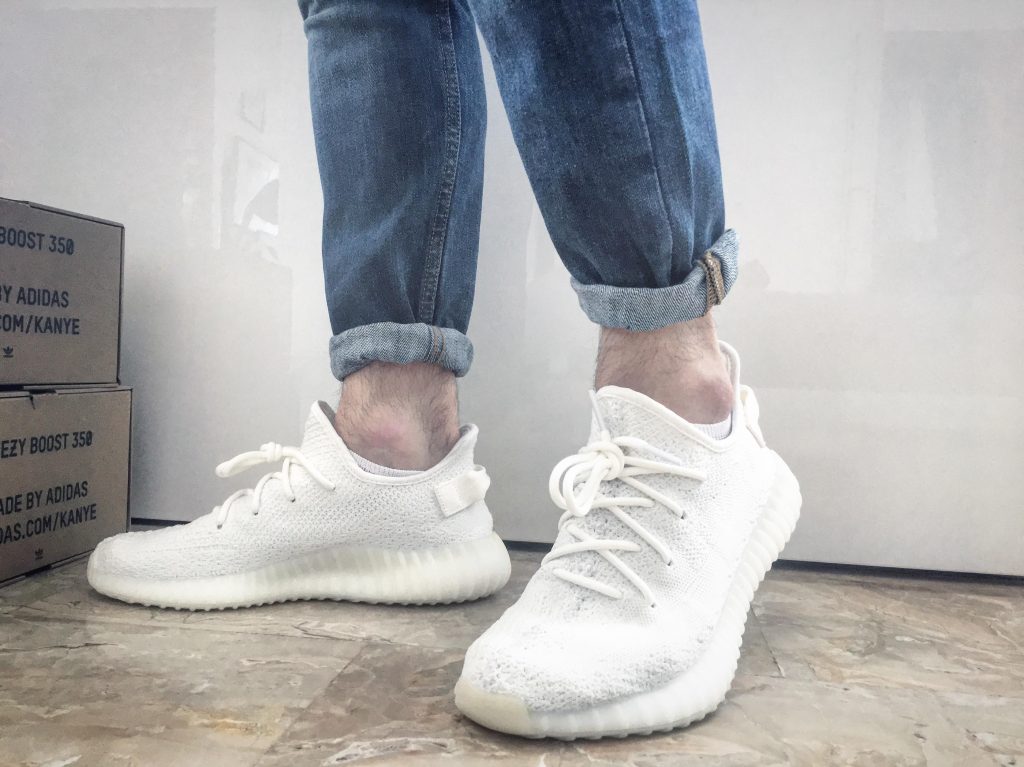 2) I have worn my pants rolled up around my ankles for as long as I can remember.
“I think it had something to do with having hot ankles in my youth—or so I remember my mother saying.” 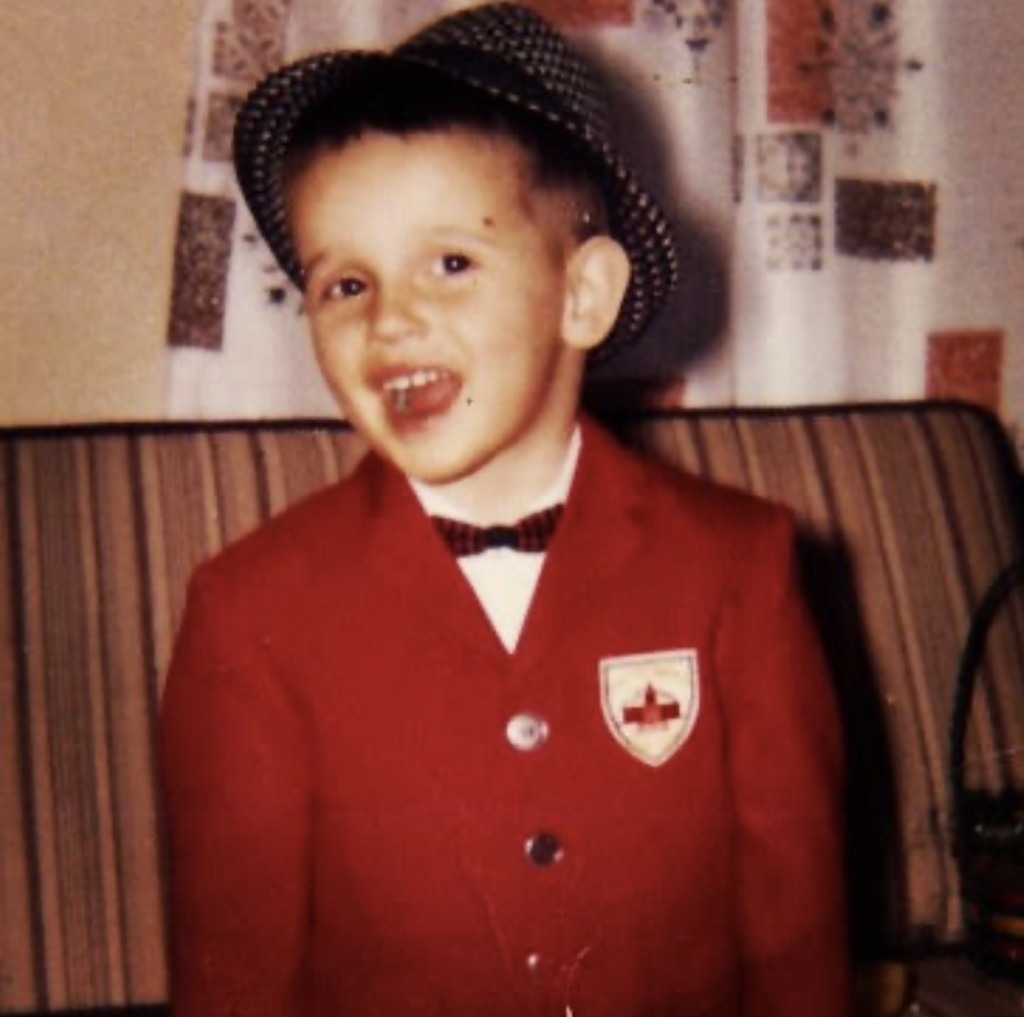