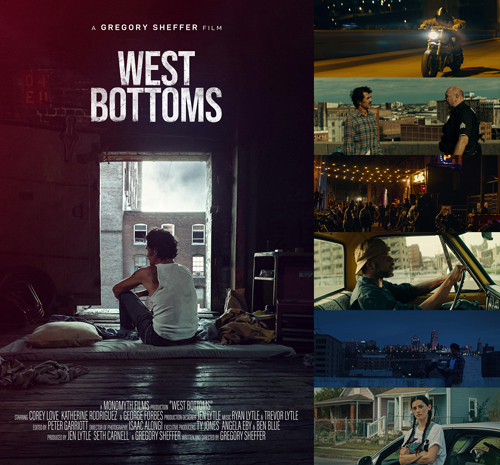 West Bottoms, a new short film from Kansas City filmmaker Gregory Sheffer, is putting Kansas City on an international stage as the film makes it way to international film festivals, such as the Romford International Film Festival in the U.K. and Dance With Films in Los Angeles.

“I wanted to do a film that showcases our city. We’ve just got back from a film festival in L.A., and everybody who came up to us after was talking about how they should come film in Kansas City,” says Sheffer. “I have so much pride in my city. As a very visual person KC has such a unique layout because it sits on a hill, and almost every direction you look there’s this amazing visual of the city that you don’t get with a lot of other Midwest cities.”

In Sheffer’s 20-minute film, Kansas City’s West Bottoms district is on full display as the story of Larry Poole unfolds. Throughout the film, Poole takes audiences on motorcycle rides across the city as he grapples with a fatal health diagnosis and tries to mend a broken relationship with his daughter.

“As soon as people saw the vision that we were going for the whole crew just rallied around it and fell in love with the idea of shooting in the West Bottoms and showing off our city—it’s such a great backdrop,” says Jen Lytle, a producer of the film.

While putting Kansas City on a cinematic pedestal, West Bottoms also tackles the nuances of relationships and what it means to be human. 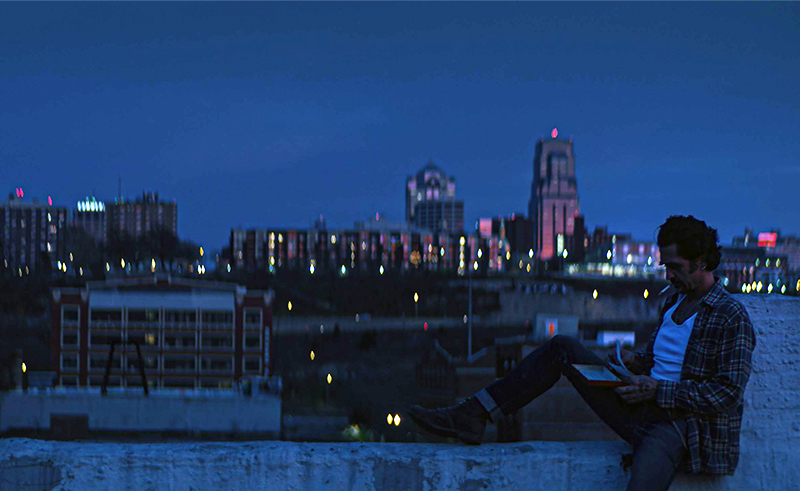 “I’m really fascinated with human forgiveness and reconciliation, as we’re the only creature to do that,” says Sheffer. “We have these instincts, but we can somehow decide to go against them and make the world a better place and to heal. Usually, that change comes about with pain and a lot of times it comes about too late, and that’s sort of the case with this story.”

Sheffer ended up titling the film after the Kansas City neighborhood not only because of the proximity of the landscape but also because the name symbolized the story Sheffer wanted to tell. “We always think the end of a journey, the end of life, that’s going west,” he says. “I liked how that fit.”

Sheffer and his team hope to continue putting Kansas City on the map as a cinematic location as the film makes its way through the international festival circuit. West Bottoms is a nominee for best drama film at London’s Ignite Film Festival which runs from June 28-July 2, and in September, the film will premiere at the Burbank International Film Festival.

“There have been a lot of films released this year that were shot in Kansas City, and we’re really showcasing the cinematic nature of this city and the abilities of the people who live here,” Sheffer says. “It’s nice to be recognized in Hollywood and England, but it’s also so nice to be a part of this group of people doing real cinema here in Kansas City.”