A monumental number of people are coming together tomorrow to help paint six Black Lives Matter murals. Local organizers are saying it’s the largest street mural project of its kind in the United States.

The expansive endeavor—courtesy of KC Art on the Block—will encompass 2,000 feet of street as six local Black artists undertake painting one of their own designs. Each mural will spell out the words “Black Lives Matter” in large block letters, but the six artists were left to choose the themes they wanted to represent.

We caught up with organizer Damian Lair (who is also one of IN Kansas City’s contributing writers) to let us know what’s in store for tomorrow’s festivities. 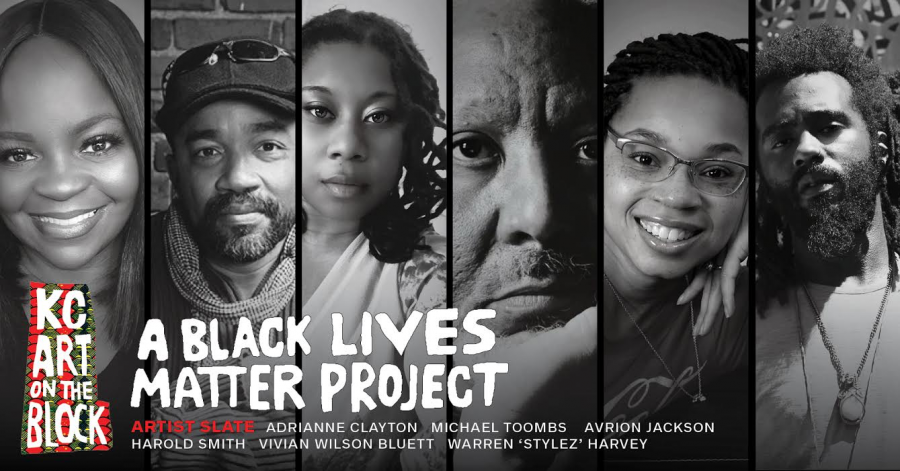 This project seems—in a word—ambitious. How would you describe it?
[laughing] “Yes. It’s beyond wild that an embarrassingly modest, hare-brained idea that was hatched while nature walking in Colorado three months ago would turn into all this.”

What do you want folks to know about the BLM mural project?
“Easy. That there were many people with really big hearts—generous with wallets and time—who made this incredible project take shape, grow, and come to life. I cannot name every person, but I must give a special nod to those incredible souls who’ve been meeting at my dining room table every single Wednesday night (with wine) for the past three months: Crissy Dastrup, Justice Horn, and Marissa Iden. A tear dripped down my cheek when you all walked out the door a final time this week. But I know the city hasn’t seen the last of this dream team. More good things to come. Promise.”

Ever since this was announced, buzz has been building. How is everyone feeling about Saturday—including the artists?
“I think I’d describe the feeling as jittery, restless excitement. Speaking for myself, being less than 24 hours out, I couldn’t sleep last night. I’m a planner and a worrier, and I lay awake thinking of anything that could possibly go wrong and how we can circumvent.

You should see our Google drive: plans, plans, outlines, and backup plans. I think/hope the artists are a little more shielded from most of that logistical worry—and are super excited. Of course, all of us cannot wait to see the designs come to life and witness how the community interacts with them. I’m also personally excited that every time I walk out my door, these words are the first thing I’ll see. It’s a powerful jolt of visual reinforcement to remember that we don’t all have the same life experiences.” 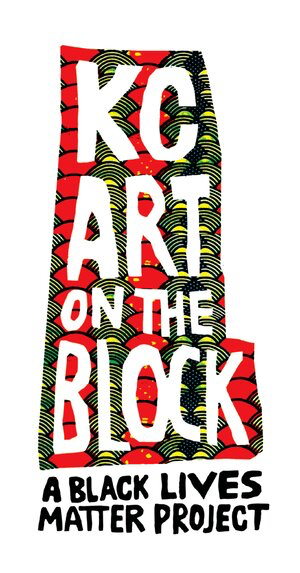 But, more importantly, there are three powerful words and one embracing value statement for Kansas City.”

Anything else we need to know to gear up for Saturday’s epic BLM mural paint-a-thon?
“This will be the largest Black Lives Matter street mural project anywhere, to date. And Kansas City has every right to be proud. It’s privately funded, which is an important distinction. It’s also important to note that we are still raising funds to pay for the jaw-dropping paint bill, security, and the artists’ time and talent, but also the ongoing BLM buildings mural fund we’ve created that will further extend the runway of this project and its message.”

Every person’s support is a powerful statement of embracing this moment to affect change.  Even the very smallest donation matters. Please donate. And hashtag #KCBLM.”

The Reimagined KCAI Gallery Unveils a Stunning New Exhibit: All Things Being Equal: Selections from the Nerman Collection

Our Man in KC: Tivol and Waldo Thai