Mahomes fever has officially gripped the city—and maybe even the nation. Our beloved quarterback’s mug is seen on everything from shirts to socks to, well, mugs. One of our favorite Mahomes-inspired coffee cups comes from the clever folks at Annie’s Barn. “The NFL did a take on a popular five things meme that was similar back in November on Twitter,” says owner Leanne Stowe. “But it said Tom Brady is the ‘Greatest of All Time.’ I just fixed it and made myself a mug. Turns out, my friends loved the fixed version.” 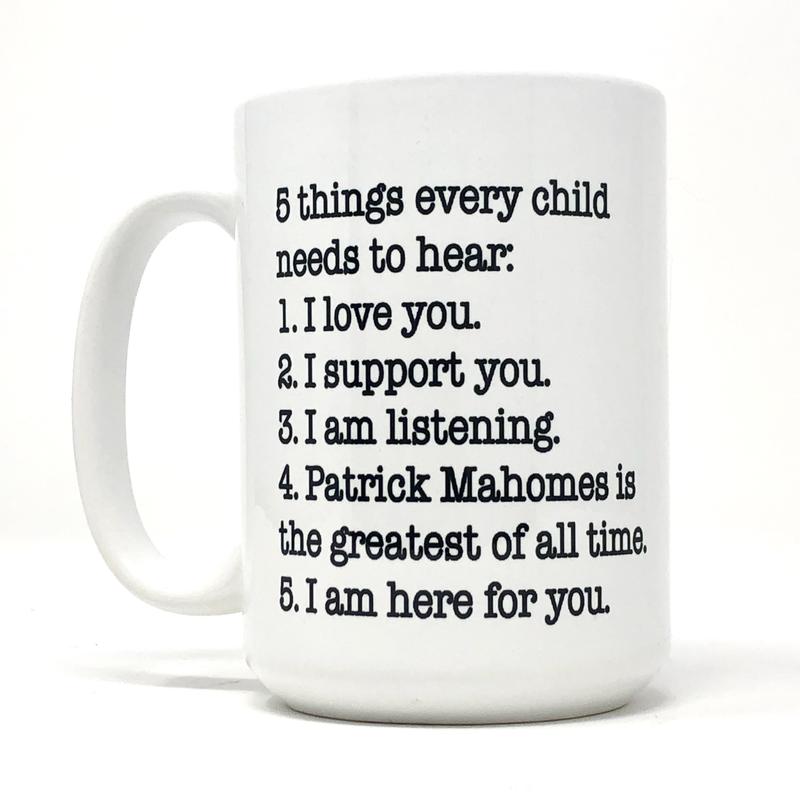 Her clever musings hit a nerve. Mahomes’ mug sales have been on fire, she says. “We’ve sold the mug as far away as North Carolina and Tacoma, Washington.” Stowe even finds herself obsessed with KC’s “first family.” Fun fact? It’s been reciprocated. Mahomes’ brother is fan of Stowe’s handiwork. “Mahomes’ brother, Jackson, wrapped up another Annie’s Barn mug and gave it to (Mahomes’ girlfriend) Brittany for her birthday last summer. She posted it on her social media and my college-aged son called me to tell me all about it,” says Stowe. “I scored total ‘cool mom’ points.” 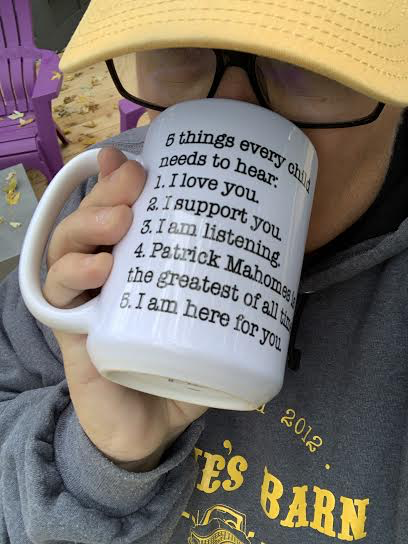 Want to cheer on Mahomes while staying properly caffeinated? The mug sells for $18 and is available on Stowe’s website, AnniesBarn.com. Cheers!