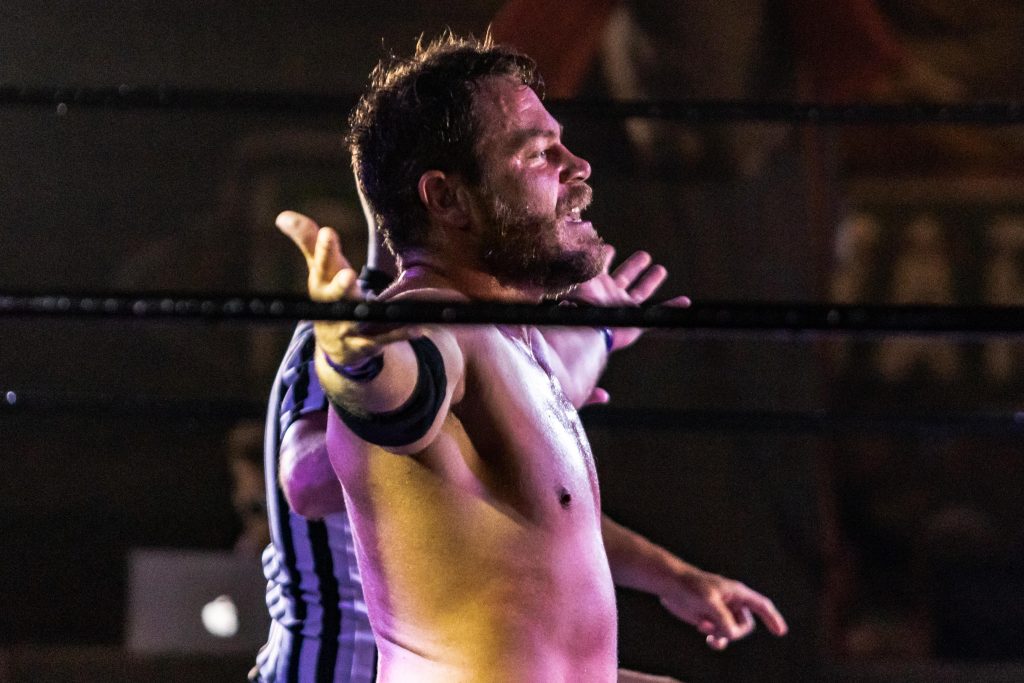 Wrestler Niles Plonk makes his way through Kanza Hall, serenaded by a chorus of boos, telling fans they lack class. He preaches “classy commandments”as he waits for an opponent to accept the “Niles Plonk Challenge.”

“Just because it says, ‘light,’ at the end of ‘beer,’ doesn’t mean you can drink the whole case,” Plonk bellows to the crowd. They quickly chime in with chants of “Wine sucks!” and “Two-buck Chuck!”

His character—”the Wine Connoisseur”—is as close to reality as one man could get in professional wrestling. Plonk, whose given name is Kraig Keesaman, owns Windy Wine Company in Osborn, Mo., roughly 60 miles north of Kansas City. He opened the winery in 2009, after concocting both wine and beer at home. “I wanted to do something on the family farm once I graduated college,” says Keesaman, who earned a bachelor’s in communications from Missouri Western State University in 2008. “I wanted to move back and do something, but I didn’t want to do traditional row crops or livestock.”

Windy Wine began as a wholesale product, available at Kansas City-area Hy-Vee and Price Chopper locations. Keesaman started crafting the wine in 50-gallon stainless steel drums and his winery grew from there. A year and a half after launching, he opened a tasting room on the family’s Missouri Century Farm. Yet, in an industry where a “typical day” doesn’t exist, Keesaman’s alter-ego has the opportunity to flourish thanks to the fact it takes time for his wine to age.

“I can be gone and do my wrestling shows and then come back and filter and bottle wine in a couple of days,” Keesaman says. “It’s not an everyday job, but whenever we do a job, it’s like a 12- to 16-hour day from start to finish. When we work, we work long hours, and we work hard. But we have a lot of downtime, too. So we goof a lot. We have a lot of fun.”

His wines take about six to eight months to go from “grape to bottle,” he says. Wholesale sales keeps the winery hopping. “We’re located farther out, so we don’t have a lot of traffic—drive-through traffic that comes through like a lot of wineries do—so we have to rely on the wholesale and getting our name out there and just building that brand, that association,” Keesaman says.

Part of that brand incorporates his view of wine as a social drink. That’s why he concocts flavors such as blueberry muffin and peanut butter and jelly rather than compete with area wineries that go the more traditional route. “I’m the type of guy that’ll buy a new cereal just because it’s a new cereal on the shelf,” Keesaman says. “It doesn’t matter what it is, I’ll buy it because it’s weird, and so I’ll try it. So that’s kind of what appeals to me, something different.”

The flavor concepts come from Keesaman’s background as a chef and knowing which flavor combinations work well together. “Then, it’s just experimentation,” he says.

And because wrestling is his first love, it’s only natural that Keesaman relates the winery business to his stint in professional wrestling. “Doing weird flavors—not standard in the wine industry—is like an outlandish character in wrestling,” Keesaman says. He adds the flavors will “get over” (wrestling-lingo for receiving a good reaction) because wine is a social drink.

“[When you] just mow the yard, you drink a beer. You have a long day, you’ll have a whiskey on the rocks,” Keesaman says. “When you have friends over, you’ll crack a bottle of wine because it’s fun, and you play Monopoly all night, or something else, like watch wrestling.”

Seems his personal interest in wrestling spawned from a young age. He broke into the business when he was only 17. While he has spent the majority of his in-ring career in the Midwest, Keesaman has traveled to Texas, Louisiana, Tennessee, and Georgia, as well as Russia and Belgium. 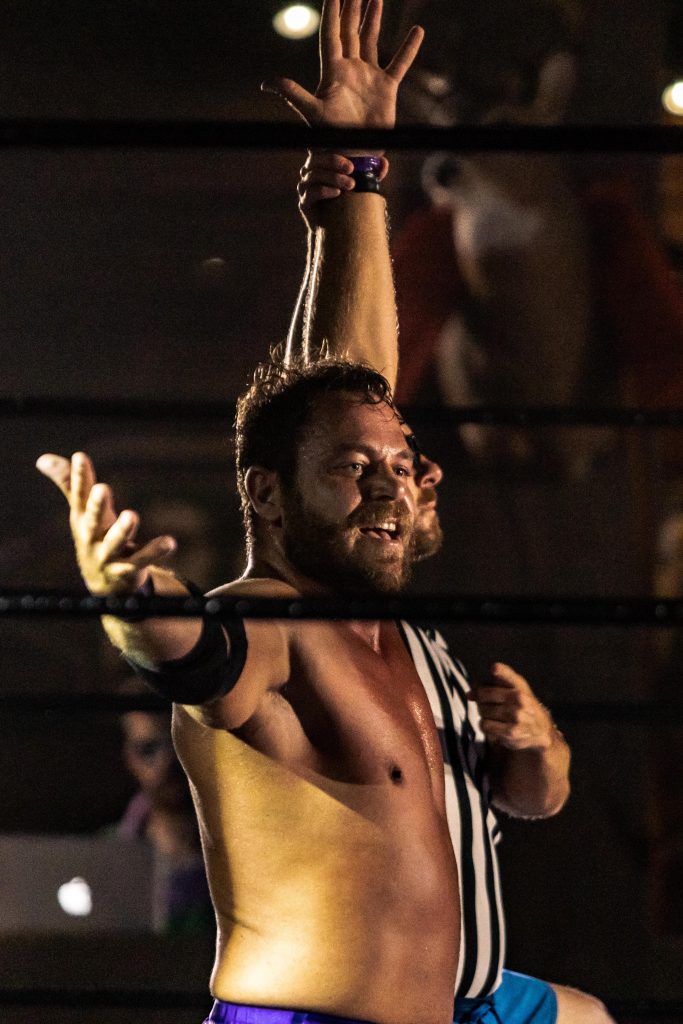 But it wasn’t until he began wrestling for the now-defunct Kansas City-based National Wrasslin’ League in 2016 that Keesaman actually became the wine snob, Niles Plonk. He previously used his given name, adding the moniker “Vintage,” and had been trying to incorporate his interest in wine into his wrestling career. “There’s a lot of negativity in the wine industry from behind the counter to the other side of actual wine snobs of the world,” he says. “So it’s something I can totally relate to.”

Since becoming Plonk, Keesaman said his career has “completely changed,” and his promo delivery and in-ring facial expressions have improved. In November, Keesaman was featured on WWE programming alongside fellow Kansas City wrestler, Mike Sydal—something that took two decades to accomplish.

As he progresses in the ring—and the vineyard—Keesaman says he looks forward to seeing how both ventures grow, with hopes of securing another contract in the wrestling industry while expanding Windy Wine’s presence to bordering states.