Darryl A. Burton has a story to tell—one of an incredible miscarriage of justice. Burton spent 24 years in prison for a crime he didn’t commit. Burton remembers, “When I heard the jurors say guilty, I felt shock and disbelief. I just didn’t think, in America, an innocent man could be sent to prison, especially capital murder,” explains Burton. Arriving at the entrance of the penitentiary he would unjustly call home, he saw a sign that read “Welcome to the Missouri State Penn. Leave all your hopes, family, and dreams behind.”

“When I saw that banner, it deeply affected me, and I lost all hope. I hated the place, the system, and anyone that had anything to do with it. It was hell on earth—filled with violence, evil, and hate,” Burton says on his website.

Burton remained in prison 24 years from 1984 until 2009 and spent many of those days in the prison law library, dedicated to proving his innocence. He wrote over 600 letters to members of the government, nonprofit organizations, even Oprah Winfrey, to plead his case. In 2000, Centurion, a national nonprofit dedicated to seeking freedom for the innocent in prison, began working on Burton’s case.

After being exonerated in 2008, Burton went back to school for his divinity degree and became an associate pastor at the largest United Methodist Church in the U.S. He now shares his nightmare story of adversity to help others. And he cofounded Miracle of Innocence, an organization to assist innocent prisoners with referrals for legal representation. They will help with legal resources for case investigation, case development, trial resources, appeals, and prisoner representation—as well as comprehensive care for exonerees. 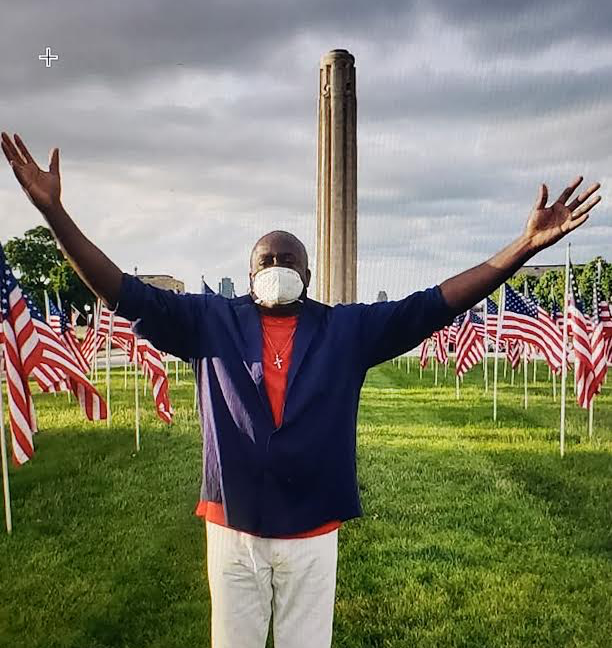 Burton says there’s a “global energy” right now surrounding the death of George Floyd.
“I’m encouraged at the outpouring of support the community has shown due to this national tragedy regarding the police killing of unarmed George Floyd who cried, ‘I can’t breathe!’” he says. “The supporters are mostly from the majority [white community], and it’s a global energy that suggests something is different about this tragic death of that innocent man.”

With social justice education and advocacy in the forefront of the news, Burton is hopeful more people will become aware of what his organization brings to the table. “If anyone wants to help our organization, visit miracleofinnocence.org—subscribe to our website, donate, adopt our organization, or volunteer to help us free the wrongly convicted and provide support for them when they come home,” he says. “Lobby your elected officials to request compensation for people who are innocent who have served decades behind bars for crimes we didn’t commit.”