When we sat down to kibitz with Netflix’s Stranger Things star David Harbour, he had officially been in town less than ten hours. He hadn’t even had a chance to pig out—well, not yet anyway. “I got in at two this morning,” says Harbour. “I want to eat barbecue. I’ve got some recommendations already. What’s the best one?” (Don’t worry, we gave him a comprehensive list—complete with specific menu items at each.)

Harbour—who was in town to talk about the hit show’s upcoming third season—plans to soak up everything KC has to offer once he’s done making the rounds. Not only has he been on a toy-shopping extravaganza for the kids at Children’s Mercy, he’ll also be throwing out the first pitch tonight at the Royals game. Not bad for someone who confessed he’s never visited our fair city before. 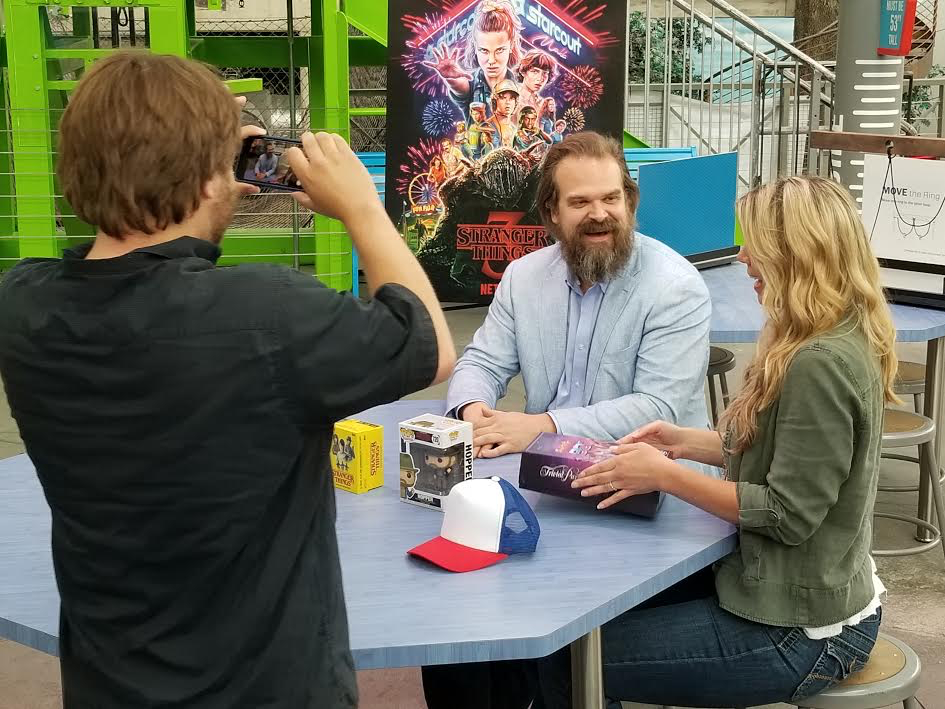 Despite being deprived of sleep and, uh, barbecue, the Tony and Emmy-nominated actor was chatty and effusive—quickly shifting gears from how impressive he found Union Station (“it’s a train station and a playground!”) to how he initially thought Stranger Things would be a bomb. “Shooting it—right up until launch—I thought it would be a disaster. I mean, I always loved it—but in terms of what I love and what the public loves—it’s very different,”  he says.  “Then my phone lit up with all these people I hadn’t talked to in years and years and years saying, ‘Ohmigod, I love Stranger Things!’ People were really into the show. And then it felt it like a hit show.”

When asked what to expect for the show’s upcoming third season, Harbour—who plays Sheriff Jim Hopper on the popular sci-fi series—was quick to point out how the show continues to evolve. “We’re taking risks with every season. And that’s a good thing. We’re changing it up,” says Harbour. “This season is a ‘summer season’—set in ’85 around Independence Day. There’s a lot more humor. Hopper has a lot of lightness to him this season that we haven’t seen before.”

When we asked if Harbour’s scruff-tastic beard and shaggy hair were part of this season’s “look” for Sheriff Hopper, he immediately laughed and shot us down. “No, this season is the season of the moustache. Pure moustache,” he jokes. “It’s a Magnum P.I. Hawaiian shirt. Hopper is a 70s guy trying to break out of his shell. He’s trying to update himself to the 80s. He’s taking some risks. There’s a lightness to the season that serves us very well. The impact of the final couple episodes is even greater as a result of us being playful.”

Along with co-star Winona Ryder, Harbour is one of only a handful of grown-ups featured on the kid-centric show. Needless to say, his paternal instincts kicked in right from the first season. Now he’s waxing nostalgic as his “kids” become teenagers. “It’s so funny to watch the kids grow up in real time. In season one, Finn Wolfhard was three feet tall, a little pudgeball, and now he’s enormous and playing rock concerts,” says Harbour. “One of the most moving things is watching the kids grow up in real time. Time happens. They can’t stay young forever.” 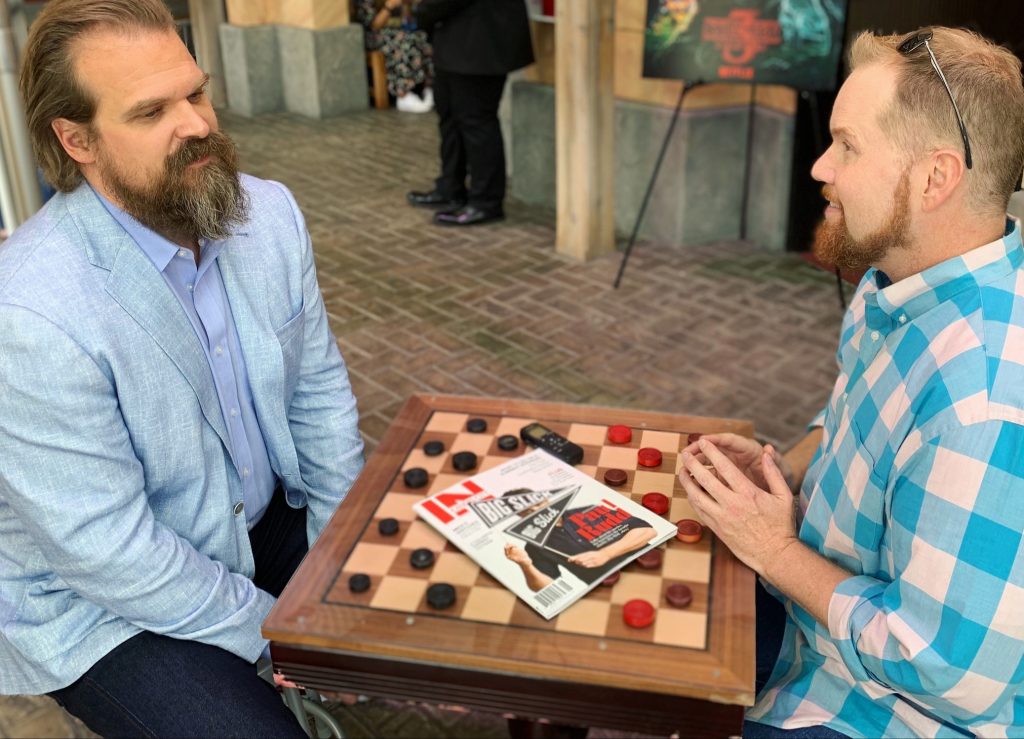 When Harbour casually started flipping through our magazine, he asked how Big Slick went over. “It’s a big event, yes?” he asks. We suggested he jump on the bandwagon next year. And when he asked about the Queer Eye boys being in town, we mentioned the obvious Netflix connection. We suggested maybe a Queer Eye/Stranger Things crossover episode—you know, to help update Hopper’s retro-licious look. “It could happen,” Harbour says with a laugh.

Season 3 of Stranger Things streams on Netflix on July 4.