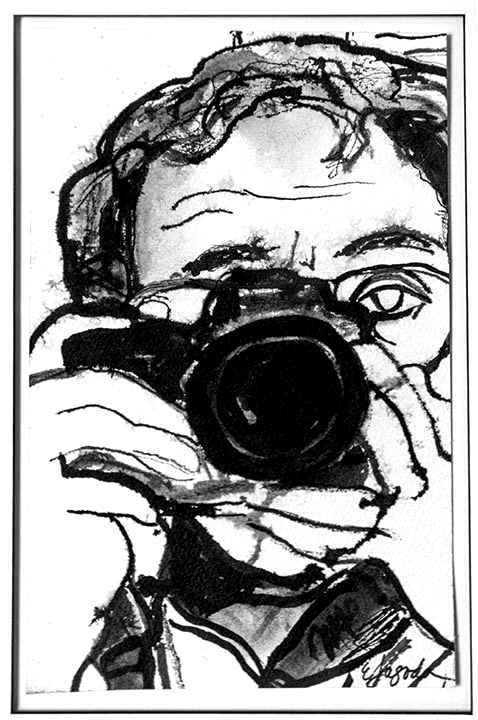 Roy Inman can’t shy away from a memorable winter-riffic pic. He’s become quite adept at capturing the holidays in and around the metro. Lord knows he’s had some practice. He’s been—as he calls it—“shagging pictures” since he was 12-years old. Nearly 60 years later, he’s got a wide variety of festive photos from which to choose. 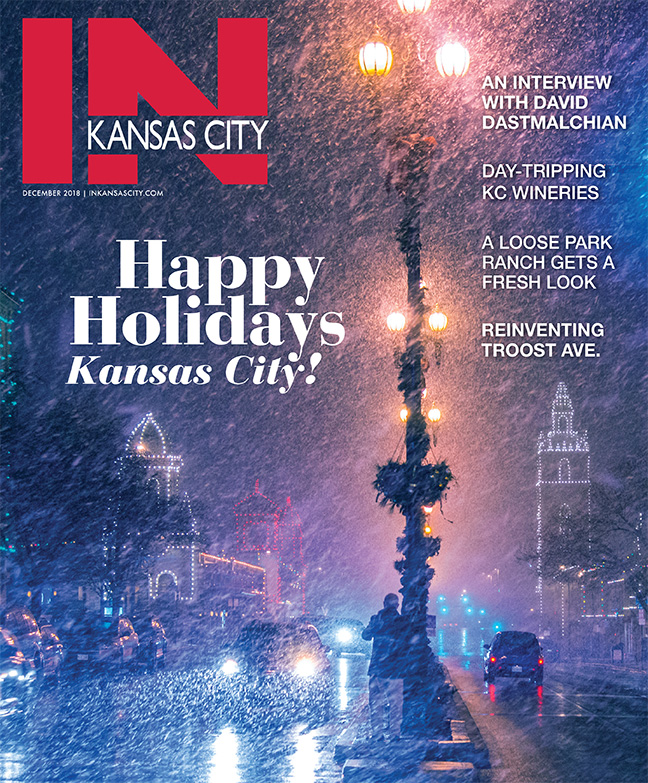 (In fact, if you didn’t get a chance to spy IN Kansas City’s delightfully scenic December cover, take a second look. It’s a Roy Inman original.)

To celebrate our official first week of winter, we asked Inman to pick his all-time fave holiday pic. Of course, he chose something from Union Station. It’s his stomping ground after all. Here’s the story behind it: 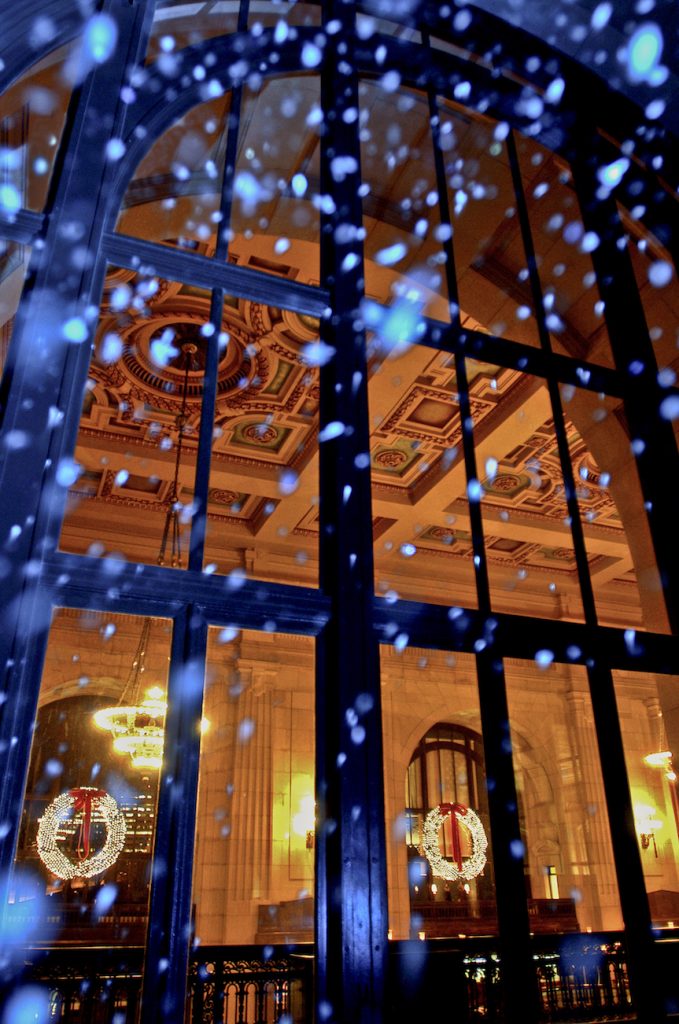 “I remember Andy Scott (the executive director of the old Union Station Assistance Corporation) asking me: ‘In your misadventures photographing the nooks and crannies of this old depot, have you run across those big, round metal frames that were made into wreaths to go in the big front windows?’

I replied, ‘I did see them, but the workers carting them off said their orders were to toss them.’

So the Station bought new ones for the 1999 holiday season, and I was pumped to photograph them in place—which was my first opportunity to do so in ages. But the big wreaths—even though once again illuminated to herald the holidays—seemed, well, not quite enough to my old fashioned, fire-eating press photographer’s jaded eye.

What the photo required was some snow!

But alas, snowfall is a flaky proposition in KC. We waited. And waited some more. At length, and with New Year’s Eve and subsequent removal of the big wreaths at hand, and no snow in sight, I decided to play Father Nature and create my own mini-blizzard.

I convinced brother George and neighbor Bob to accompany me onto the east roof of the station to create ‘le blizzard.’

Armed with a camera, tripod, two light stands, two strobes and a 40-gallon black trash bag of artificial snow, we ventured forth—not without considerable grousing from my semi-cooperative assistants. After all, it was only 10 degrees Fahrenheit.

Ah, but what marvelous work they did: Heaving hand-full after hand-full of the fake white stuff as I pressed the shutter. I was hoping we had nailed the shot, but in those ancient film camera days, we never knew for sure until the film came back from the lab.

For my martyred assistants’ reward, I bought them supper at one of Union Station’s restaurants. As we were seated, our waitress asked if it was snowing outside. Then I realized that George, Bob and I all had fake snowflakes on our shoulders. Flaky bunch we were.

‘It’s gonna be a blizzard!’ we told the server.

‘Really!? Oh no, the tires are slick on my car. How will I get home?” she lamented.

I could have been a Grinch at this point, but I softened: ‘Just messin’ with ya’,’ I said. ‘This stuff … (brushing off the white specs from my shoulders) … isn’t real. We were photographing on the roof and the snow was our prop.’

She took it with good humor and we left her a big tip.

Oh, and the shot turned out perfectly.”