Union Station was a busy hub of activity yesterday. Construction workers, carpenters, and museum curators from all across Europe were delicately putting final touches on Union Station’s newest exhibit, Auschwitz. Not long ago. Not far away. The mammoth and startlingly detailed exhibition—which opens to the public Monday—took more than five years to compile. It’s the most comprehensive Holocaust exhibition about Auschwitz ever exhibited in North America.

Announced last September, the exhibition has garnered plenty of buzz (and press) for Union Station. And if advance ticket sales are any indication—over 70,000 and counting—this exhibit promises to pull in visitors from all over the United States.

We sat down yesterday with Luis Ferreiro, the director of the international exhibition, for a tour and sneak preview. He’s been tirelessly working to help viewers better understand how Auschwitz could come to exist and as a warning of where hatred can lead. 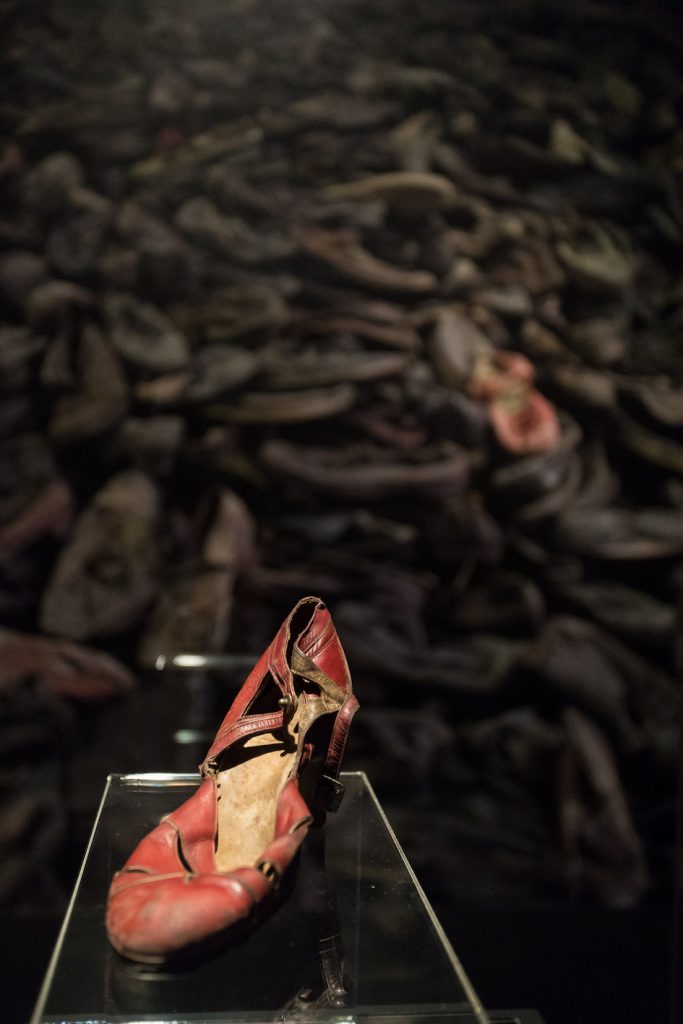 Here are several important things to look for, including facts you might not know about the exhibition:

June 14th, the exhibition’s opening day, is significant.
On June 14th, 1940, as German troops began invading Paris unopposed, that date “also commemorates the arrival of the first transport of Polish prisoners to the camp,” says Ferreiro. The date is considered Auschwitz’s inception.

As Auschwitz grew, the scale and magnitude of the extermination process was horrifying.
Ferreiro suggests studying the enormous model of the extensive barracks and a map showing all the transportation roots to Auschwitz. Thought to house 90,000 prisoners, approximately 95% of Auschwitz was used for slave labor and the actual concentration camp. “Extermination inside Auschwitz II in Birkenau only happened in four buildings, which were not that big.” 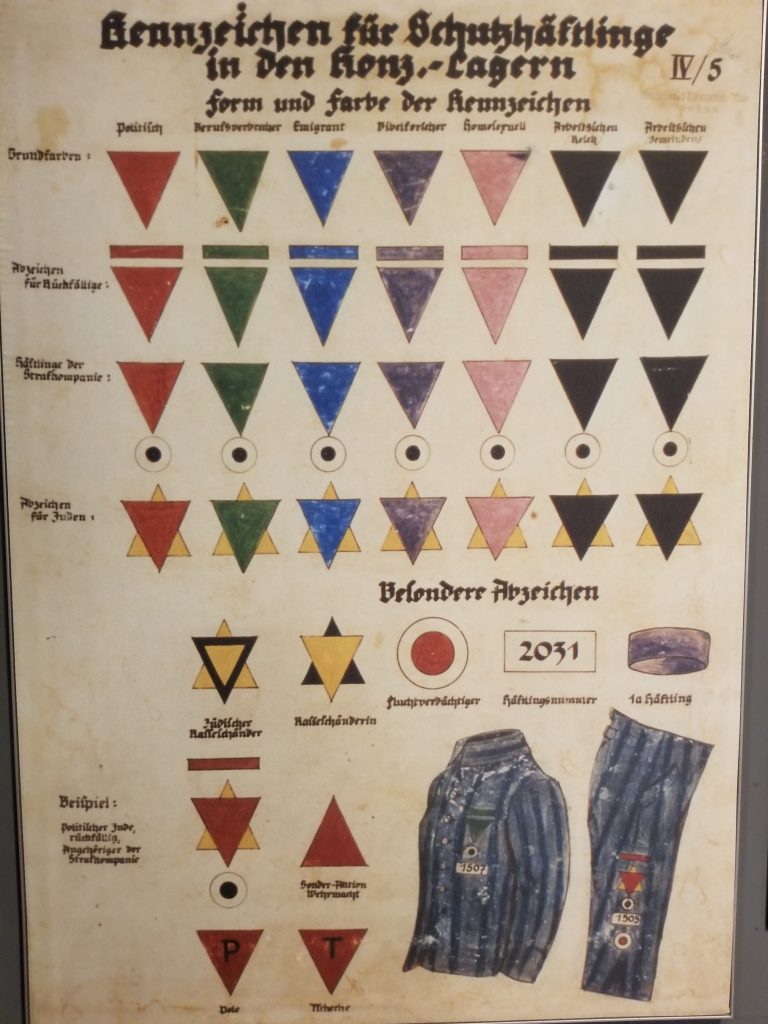 Besides the Jewish population, there were countless other victims—in total nearly one million people perished at Auschwitz alone.
“People will not be surprised to understand that 90 percent of the victims were Jewish,” he says. “But we also have to explain and make people aware of all the other groups of victims—Poles, Roma, Sinti, Jehovah’s Witnesses, homosexuals.” 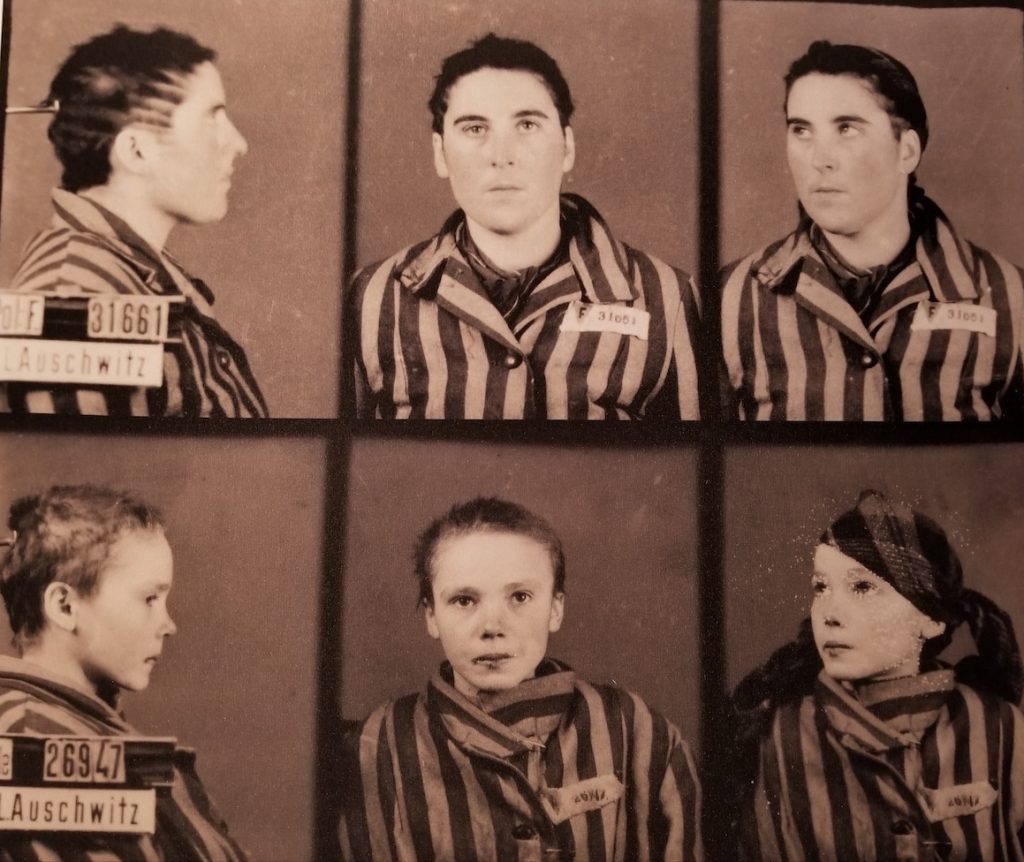 The numbers are staggering.
In Oświęcim alone, “before the war around 50 percent of the population was Jewish, after the war it was non-existent. Virtually there is no Jewish community—and this is only one village,” Ferreiro points out. “The void created by the Nazis on our continent is so clear when you visit Eastern Europe. All that diversity, that richness in culture, it’s all gone.”

SS Commandant Rudolf Höss lived there with his family.
“He was living in a house with a nice garden and a swimming pool literally 100 meters from where the crematorium of Auschwitz I was,” he says. “There was just a very thin line of barbed wire that separated his world from the world of victims.”

Neighbors killing neighbors
One of the overarching themes of the exhibition is how the persecution of the Jews slowly simmered for centuries. “The exhibit shows how a democracy can turn into a dictatorship which can turn into a genocide,” says Ferreiro. “Genocide is a social act. It cannot happen without the complicity—active or passive—of the bureaucratic, academic, economical elites of one nation. The neighbors of the victims were the ones participating in the killing.”

The overwhelming number of personal artifacts on display
“We never know how the exhibit is going to touch one visitor or another. Each artifact—over 700 groups—are fragments of history. Each has its own historical echo and establishes a unique and personal conversation. For some people it might be the shoes, the glasses, the perpetrator artifacts,” says Ferreiro. “Some people will be hit when they see the exhibit, for others it will be the day or week after. History doesn’t repeat itself. History rhymes. Hopefully, the exhibit will help give visitors tools to identify the elements that make something like this possible to happen.” 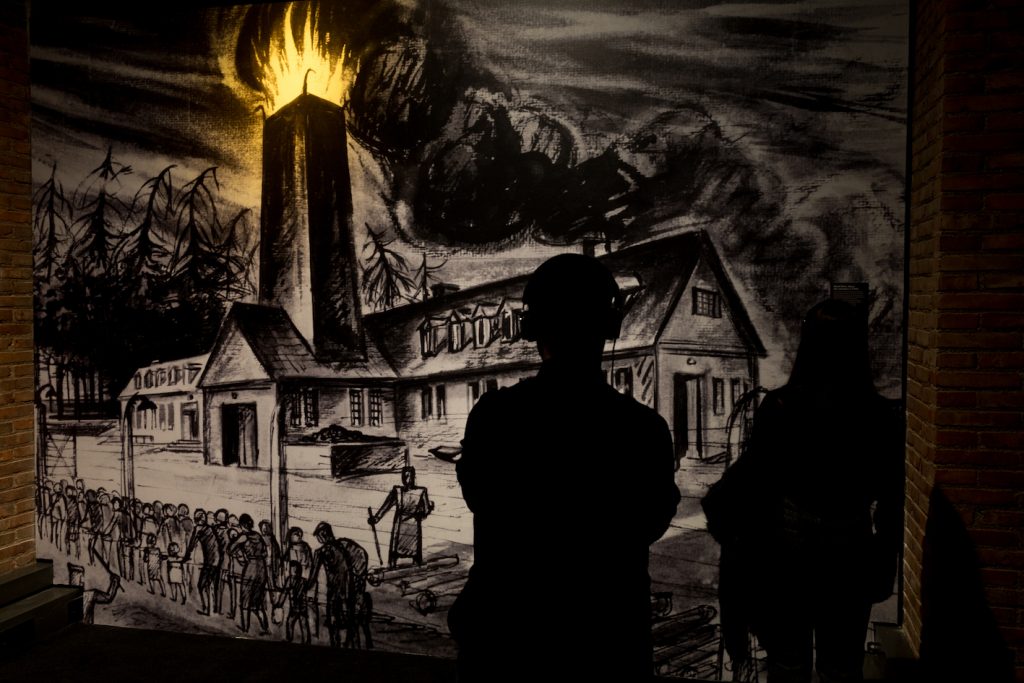 Be mindful while you’re at the exhibition.
While Union Station is proud to host the exhibit, they are also asking visitors to conduct themselves accordingly with a sense of reverence and respect. Strollers and bags are not permitted. Food or drink not allowed. Cell phone use is discouraged. Walk-up ticket purchases may not be unavailable.

“Auschwitz. Not long ago. Not far away.” runs through late January. Complimentary audio guides will be available for each ticketed guest with options for English, Spanish and Russian. It will be open 10 a.m.-6 p.m. daily; last tickets for 4 p.m. Admission: adults $23.50, students (ages 3-22) $17.50, seniors (ages 55 and up) $19, Union Station members and group members $15. See unionstation.org for more information.