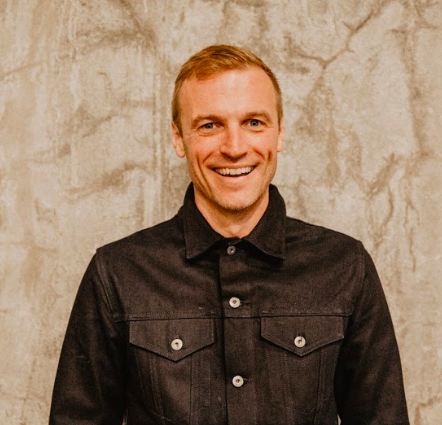 Jeremy Bennett has his work cut out for him. As the new director of lifestyle for the über-swank, hyper-local new Crossroads Hotel, Bennett knows expectations are off the charts for its grand opening next week. From early interest to putting on the finishing touches, this buzzworthy hotel has been a work in progress for nearly five years. And Bennett will be the first to tell you, it’s oh-so worth the wait.

“The aesthetic beauty of the hotel will make them go wow. I don’t think people would have ever imagined this old warehouse—or envisioned it—to be this beautiful,” says Bennett. “And now that it’s furnished—cozy couches, little nooks—it’s going to pull people into the space. And there are some jaw-dropping moments—architecturally and visually.”

At its core, the Crossroads Hotel is a place for wayward travelers to rest their head at night. For the rest of the metro, Bennett welcomes guests to use the hotel’s common areas as ground zero for kibitzing, mingling, and just kicking back. In other words, it’s an open invitation to utilize the space—that’s what it was designed for. “Our perfect storm is to have a bunch of locals treating our space as a living room. We want our hotel to be their space to stop on their way home,” says Bennett. “Hotels aren’t as kind, warm and welcoming as they could be. We want people to come and hang. It’s a comfortable, cozy space to grab a coffee, grab a meal, or have a meeting.”

Half the battle, however, might be getting folks in the door to just—chill. “I’ve been giving tours every day. We’re trying to get KC re-engaged. When was the last time you went to a hotel bar?” asks Bennett. “Half the people I tour ask ‘Do I have to be a guest to use the bar or the rooftop?’ These are open outlets for anybody and everybody.” (The rooftop bar will open in earnest next spring.)

Once in the door, guests are often floored. Kansas City is represented to the hilt. From the décor to the aesthetics, every nuance in the hotel has localized flair. “Early on in the process, we reached out to a handful of people in town, like Mikey and Megan Wheeler at Mercy Seat Tattoo,” says Bennett. “We said, ‘Hey guys—let’s do something cool together.’ We turned his sketches into wallpaper on the hotel walls.”

Even the tiniest touches that guests might not even notice have a KC-centric connection. “Local artist Melanie Sherman hand-painted the ceramic light fixtures in all of the guest rooms,” says Bennett. “Jennifer Janesko did the prints that are hanging in each of the rooms and in the public spaces in the hotel. Hammerpress did pressings that are framed in each of the rooms. Foxtrot Supply is doing our “Do Not Disturb” signs that are made out of cowhides. Absolutely beautiful.”

The staff at the hotel spent months getting to know neighborhood businesses and artists to figure out how to weave local wares into the tapestry of the hotel. “We absolutely feel like we’re doing hotels a little bit differently. We’ve really done a thoughtful job of reaching out to Kansas City and bringing Kansas City back to our hotel. Karrie Dean of Happy Habitat Blankets, for example, created throws in the rooms and common spaces,” says Bennett. “And it’s not going to stop. We’re going to keep going … well, until we run out of people in Kansas City.”

Right now, the team at the Crossroads is busy “playing hotel” before they fling the doors open to the public. Invited guests are spending the night and giving the staff a chance to work out any last-minute kinks. Feedback thus far has been stellar. Bennett is thrilled. Clearly, he’s embracing his gig. “I’m having a blast. It’s been so cool to see my Rolodex fill up with really cool people, doing really cool things,” says Bennett. “Reaching out to those influencers, tastemakers, business leaders, civic leaders—it’s been eye opening and it’s been a ton of fun.”

With the Crossroads neighborhood on fire right now, the hotel is in the “right place, right time. It’s the best possible location,” says Bennett. “The thing that makes me the most excited about it—I can walk out of the hotel first thing in the morning at be at Messenger Coffee in under eight minutes. It’s ideal for Crossroads. You can walk to Sprint Center in 15. You can walk to the Rieger in four minutes. In New York or San Francisco, you could walk to anything. From our hotel, you can walk to anything in the Crossroads—the amazing shops, First Friday, the art galleries.”

With their grand opening set for October 18th, the hotel will be a hidden gem for approximately 14 seconds—and for Bennett, he’s more than up to the challenge. “We want to be part of the neighborhood,” says Bennett. “The people that we’ve collaborated with—our connections—are critical to making the hotel special and unique.”

This Weekend IN Kansas City: November 17-20

Reservation for One: Acre