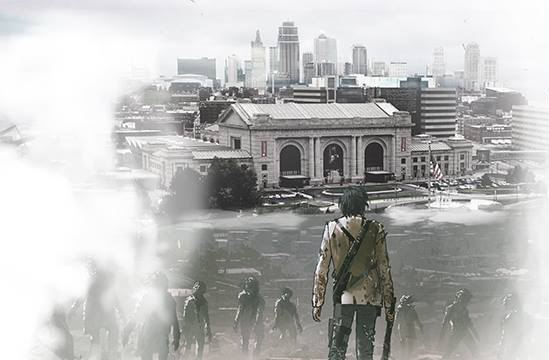 It only took a year of relentless construction to bring the undead to life at Union Station. Well, that and copious amounts of blood, sweat, tears—and human entrails. If you’ve ever wanted to hop inside an actual video game to take down zombies—and who hasn’t, really?—the new Survive KC is the perfect, gnarly experience for you.

Think laser tag meets the apocalypse meets The Walking Dead—all tucked away in a super-creepy, warehouse-esque lair. (Read that: the previously shuttered sixth and seventh floors of historic Union Station). 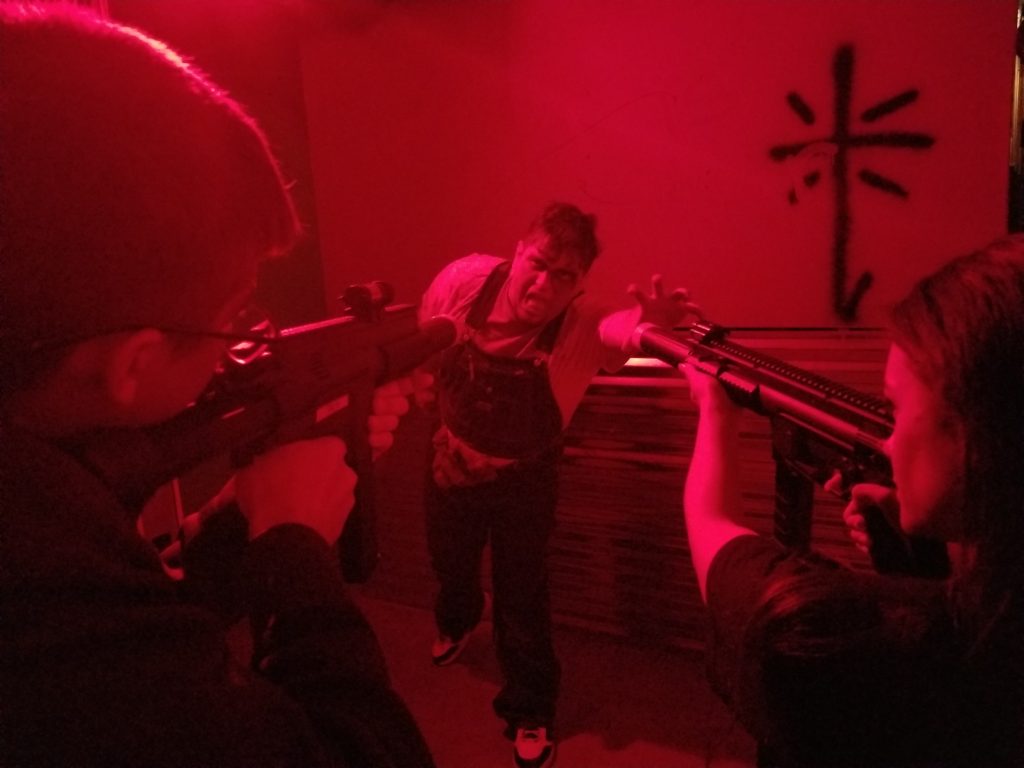 If you have time to kill this weekend—pun intended—it’s the ultimate thrill experience says owner Jason Mendez. “We’ve created something incredibly unique. Something you won’t find anywhere else in the Midwest. We’ve combined cutting-edge technology, live-action theatrics and adrenaline-pumping competition and set it in Kansas City’s most iconic location—Union Station. Even better? It occupies two floors of the Station that were previously off-limits to the public.” 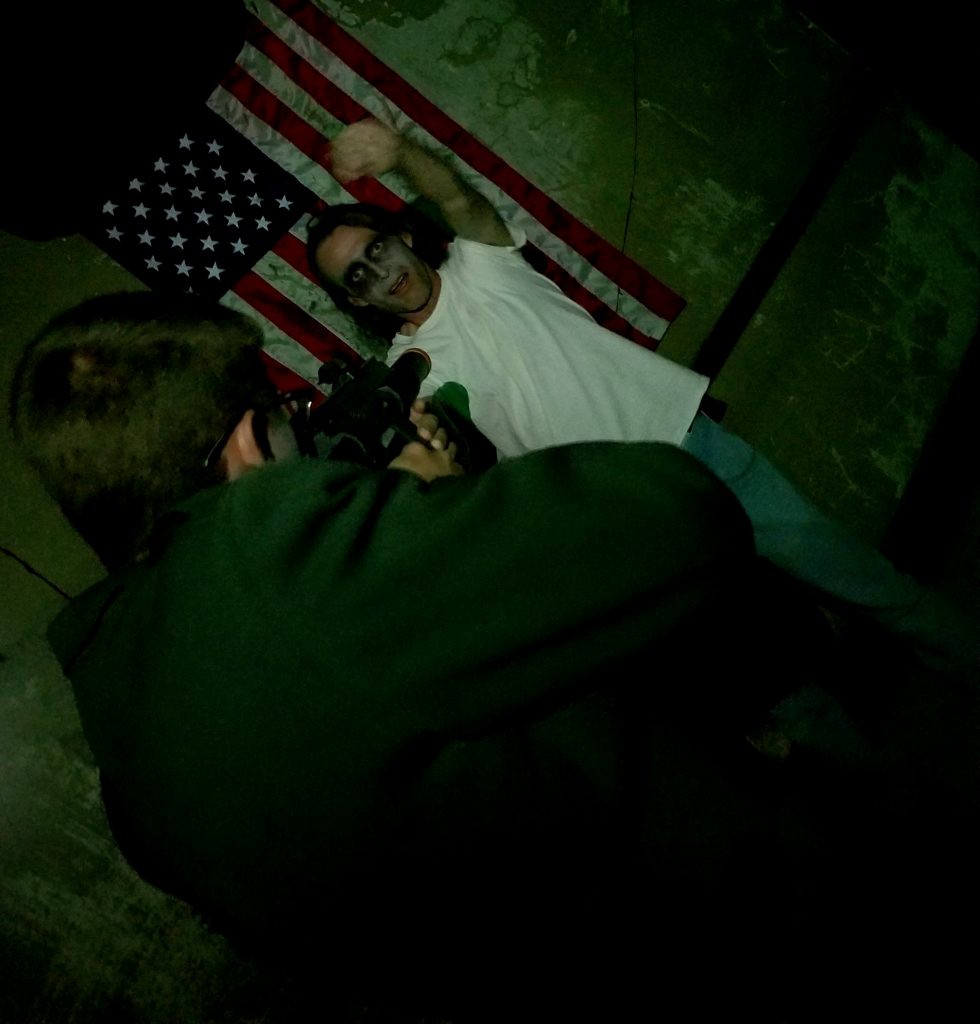 On the day we visited, Mendez was putting the finishing touches on Zombie 101—teaching a menacing, marauding hoard of zombies how to be even more—well, menacing. For players, it’s a chance to wander through an elaborately designed maze of dark, wandering hallways with guns in tow to wipe out the ever-present undead who are ready to take you down. Some of the zombies are animatronic. Most, however, are actors ready to scare the living beejezus out of you. (Scaredy cats take note: they’ve installed four “panic exits” in the exhibit in case you freak out prematurely.) “We wanted something that caters to both young and old. Everybody is looking for a good time,” says Mendez. “We thought it would be a great experience to bring to the Midwest.”

Mendez and his partners poured over $300,000 into the new high-tech venture—complete with iCOMBAT technology—”the same technology used to train members of the military and law enforcement across the United States,” Mendez said. “It allows us to deliver a tactical laser tag experience that is as realistic and competitive as it comes. If a zombie emerges from the shadows and gets within five feet of a player, the player will be eliminated. The players can only stop the zombies’ advances by hitting their laser target. It’s very real and very intense.” 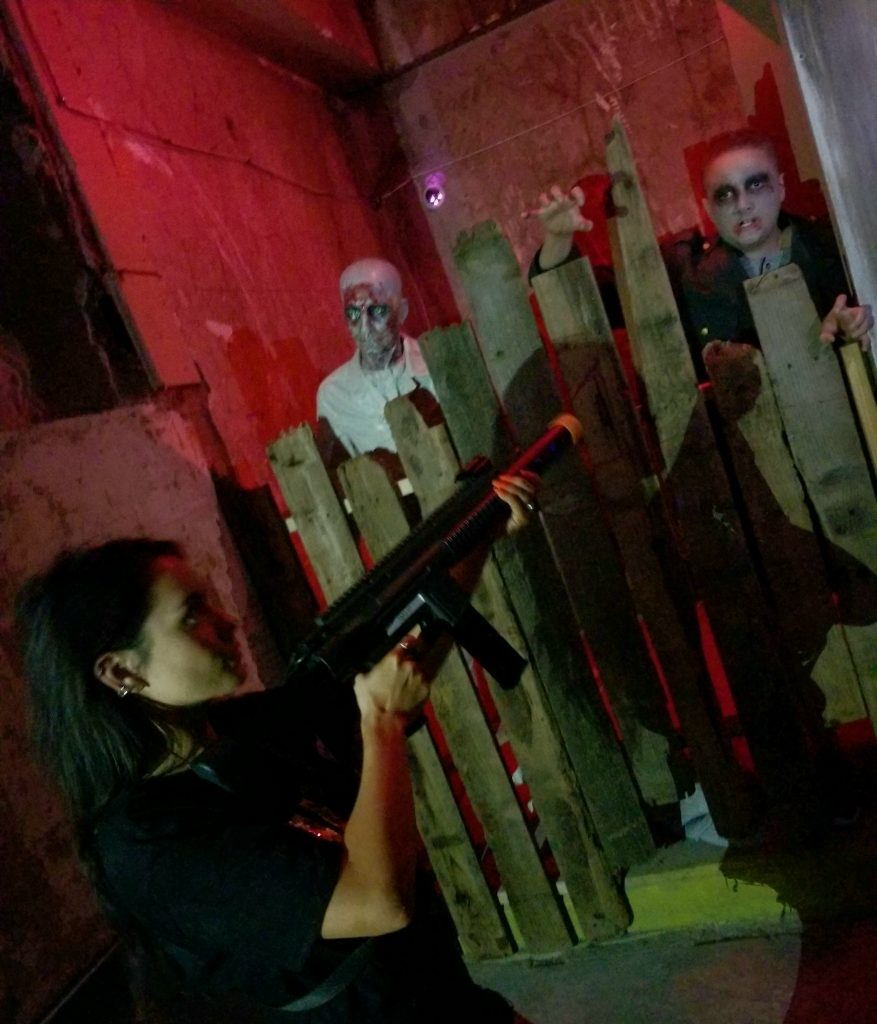 Between the hair-raising, overhead audio of moaning and mayhem and the dimly lit, cavernous set, it’s hard to tell what’s real and what’s not. And don’t even get us started on the über-spooky Doll Holler. Yes, there are dolls. And, yes, some come alive. Or do they? Keep your laser gun handy. You’ll need it. (Oh, and be advised—you have to shoot the zombies not once, but twice—in the head. That’s an ode to the “double tap” premise in the film Zombieland.)

Plus, it doesn’t help the 6th and 7th floors of Union Station are allegedly haunted. Mendez has seen his share of unexplainable occurrences. (A few years ago The Travel Channel’s Ghost Adventures even made a pilgrimage to the upper tier of the iconic locale because of some purported poltergeist activity.) “There’s definitely a creepy factor,” says Mendez. 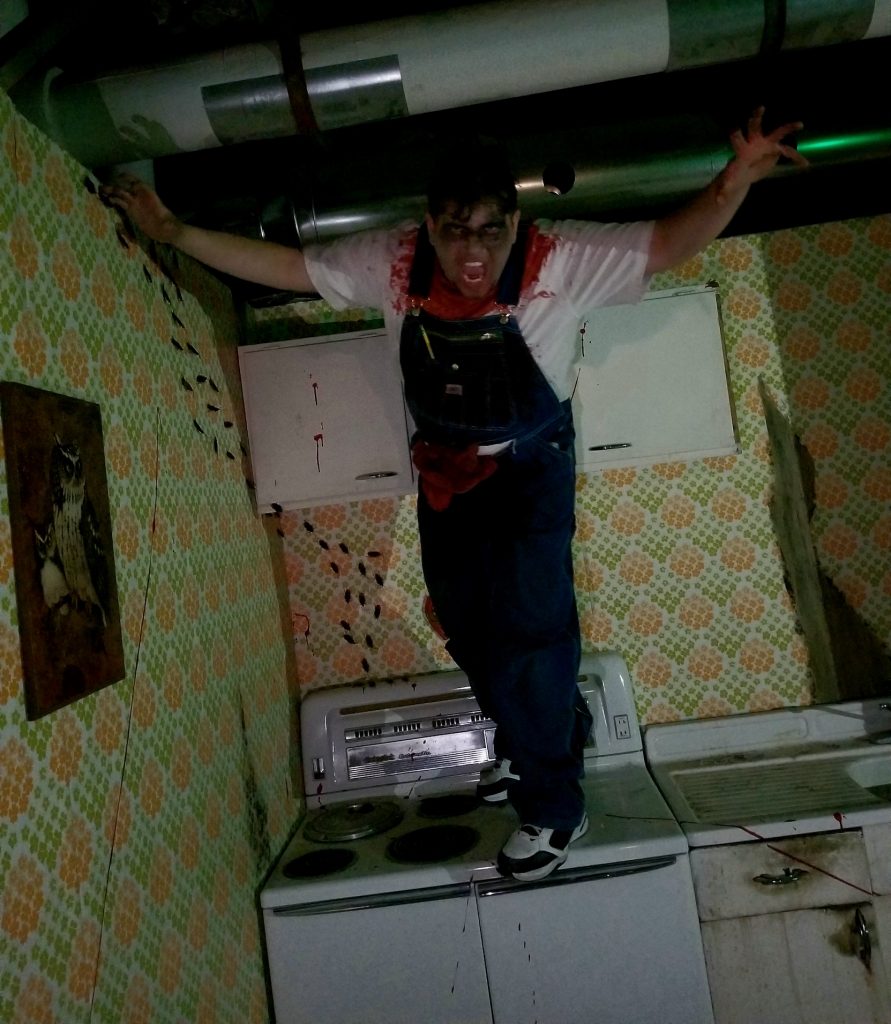 How intense is it? Children under 13 are allowed in the Survive KC gaming area only if accompanied by an adult. Ready to battle the undead? The schedule for opening weekend is: Friday, July 5th, from 3 to 11:00 p.m.; Saturday, July 6th, noon to 11:00 p.m.; and Sunday, July 10th, from noon to 10:00 p.m. Visit www.survivekc.com for ticket info or follow them on Facebook and Twitter to learn survival techniques.